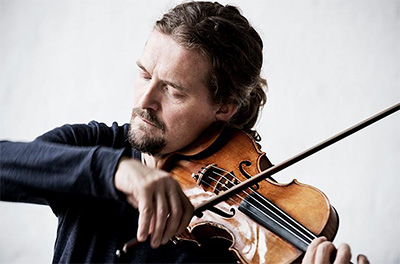 It doesn’t require close proximity to Halloween to make the combination of Webern, Berg, and Schoenberg sound a bit scary for some potential concertgoers. That might account for the slim Thursday audience at Severance Hall on October 25, when Ingo Metzmacher and Christian Tetzlaff visited music of the Second Viennese School with The Cleveland Orchestra. Those who came got an earful of ravishing music fully as expressive as Brahms, just in a different way.

Alban Berg’s complex and haunting Violin Concerto was at the core of Thursday evening’s program, and Tetzlaff’s playing of its cunningly interwoven solo part was continuously riveting. Supported but by no means overshadowed by a large orchestra, the violinist sang through the ensemble with power and poignancy.

Part of the considerable charm of the concerto lies in Berg’s ability to combine Romantic textures and sonorities with forward-thinking innovations. Harmonies seem familiar — just tinted with some strange hues. When J.S. Bach’s curious harmonization of the Es ist genug chorale suddenly flies in on the wings of a clarinet choir, the effect is both soothing and discomforting.

Similarly soothing was Tetzlaff’s unaccompanied Bach encore, which at the Saturday evening performance became a memorial to the Tree of Life Synagogue victims. 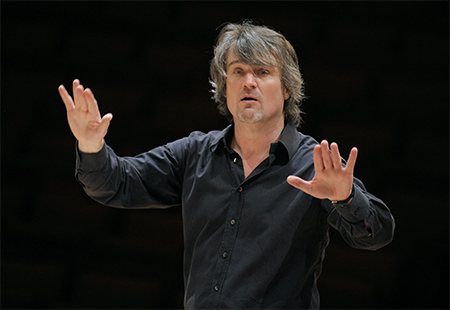 The concert began with Anton Webern’s Passacaglia, a transitional piece between the composer’s youthful, post-Romantic musical language and the austerity of his mature style. Again, a large orchestra was involved, but deployed in fascinating tonal combinations.

Completely post-Romantic was Arnold Schoenberg’s Opus 5 symphonic poem, Pelleas and Melisande, which brought the largest ensemble of the evening into play — including eight horns, four trumpets, and five trombones. Originally conceived as an opera, but early on transformed into a tone poem, the 40-minute score boasts as lush an orchestration as any project Richard Strauss undertook (and it was Strauss who suggested Maurice Maeterlinck’s story to Schoenberg).

The Cleveland Orchestra was putty in the bare, expressive hands of Metzmacher, who shaped a gripping performance of the strange tale that simultaneously inspired a more famous piece by Claude Debussy. Patrons who thought they might not care for Thursday’s repertoire but came anyway must have headed home with second thoughts.