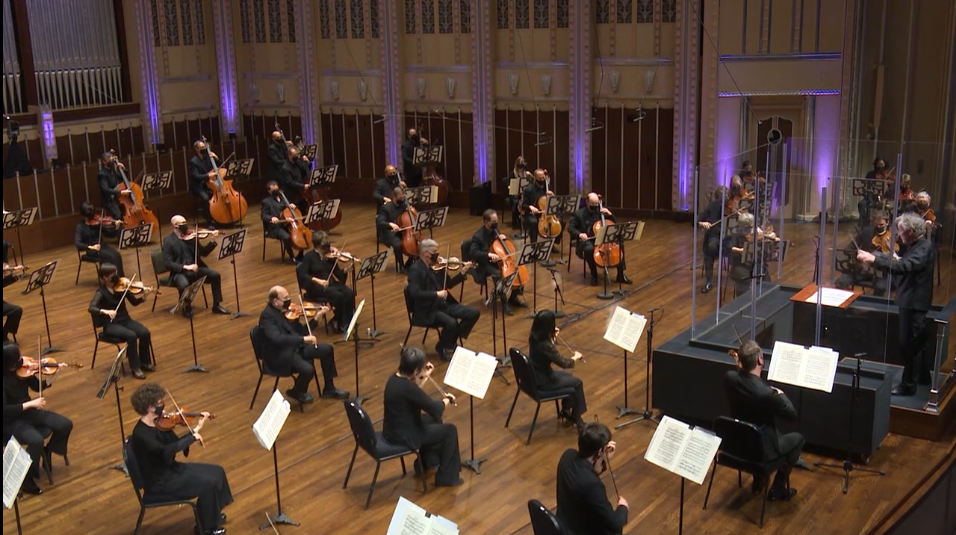 Both considered young musical prodigies, composers Edvard Grieg and Erich Wolfgang Korngold enjoyed great successes in their careers. But while works by Grieg have long been part of the standard orchestral repertoire, Korngold’s film scores have overshadowed his classical compositions until more recently. The 13th episode of The Cleveland Orchestra’s digital series In Focus, “Dance & Drama,” presents works for string orchestra from each composer to highlight their shared Romantic sensibilities and influences from other art forms.

Franz Welser-Möst leads the Orchestra at Severance Hall in this hour-long performance, the last episode of In Focus’ first season. The program begins with Grieg’s From Holberg’s Time: Suite in Olden Style. The Holberg in question is Ludvig Holberg, a humanist playwright from the composer’s home country of Norway. The five movements, all inspired by traditional dance forms of that era, are both lively and lush.

In the opening “Praeludium: Allegro vivace,” the musicians combine an upbeat sensibility with an elegant approach to the softer passages. The more subdued “Sarabande: Andante,” featuring a mournful melody from the cello section, leads into the spirited “Gavotte: Allegretto,” which highlights the ensemble’s impressive ability to blend both within and between instrument sections.

The smooth lines of phrasing of “Air: Andante religioso” contrast nicely with the closing “Rigaudon: Allegro con brio,” which joins light and bouncy pizzicato with rich unison passages. All together, the energy and relatively short movements of the Suite make it a great choice to start the concert off. 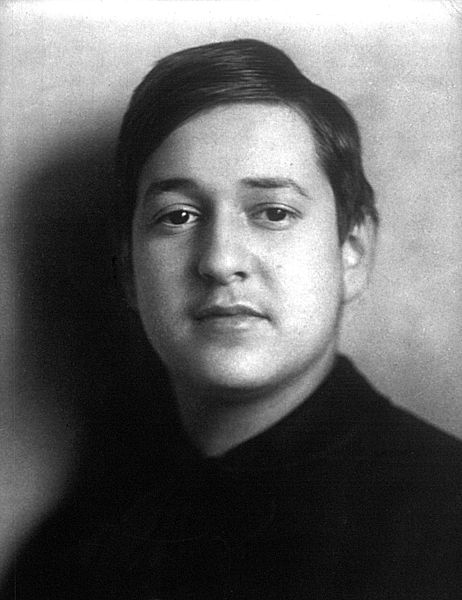 Korngold’s Symphonic Serenade, the second and final work on the program, is rarely performed. After escaping to America from Nazi Germany, the Austrian (pictured) gained fame in the film music industry and became an influential force during Hollywood’s Golden Age. But his love for classical music persisted, and after the end of World War II he tried to stage a comeback with pieces like the Serenade.

The composer’s cinematic style is evident throughout the piece, particularly during the inner two movements. In the second, “Intermezzo: Allegro molto,” Welser-Möst keeps his conducting light as the players deftly switch between plucking and bowing, with tasteful accents in the pizzicato sections. The somber and gentle “Lento religioso” provides the work’s most poignant moments, including a delicate quartet from the violins where the movement seems to hold its breath before a sweeping, emotional climax. Fortunately, the recording quality captures every nuance of the softs.

The outer movements exemplify Korngold’s Romantic influences. The opening “Allegro moderato, semplice” shifts quickly between drama and playfulness, as the Orchestra balances long lines with quick notes. After the sensitivity of the third movement, the finale brings the energy back with layers of intertwining lines that build to a satisfying resolution.

The Serenade was originally ill-received, much to the composer’s frustration. “Only in the last twenty to thirty years have we started to re-evaluate and re-appreciate his music,” Welser-Möst said in his video introduction. Despite debates among Korngold’s contemporaries about the piece being behind the times, today “we just value the quality of the music, which I think is extremely high.”

Franz Schmidt’s Symphony No. 4 showcased the ensemble, under guest conductor Jonathan Berman, in the standard conventions of a not-so-standard piece. But at the start of the program, the musicians were equal partners to pianist Cédric Tiberghien, whose playing could be as bold as the full orchestra or as intimate as any instrumental solo. END_OF_DOCUMENT_TOKEN_TO_BE_REPLACED

END_OF_DOCUMENT_TOKEN_TO_BE_REPLACED

Jackson began the program with a recitation of Langston Hughes’ poem “Helen Keller” — the first of five poems by Hughes that served as interludes between each piece on the first half. END_OF_DOCUMENT_TOKEN_TO_BE_REPLACED

Pianos with pins and tape on strings, a bass drum and tam tam, crotales, Almglocken, and vibes. Microphones were hooked up all around the instruments. The feed was sent to speakers around the room. Lighting designer Nicholas Houfek hung incandescent globes over the arrangement of instruments from thin black wires stretching across the beams. END_OF_DOCUMENT_TOKEN_TO_BE_REPLACED

From the podium, Elim Chan set an ambitious tone for the evening. The rising star conductor, here in her Cleveland Orchestra debut, has a commanding style, and every twist and turn in Saturday’s performance tracked closely with her baton. END_OF_DOCUMENT_TOKEN_TO_BE_REPLACED