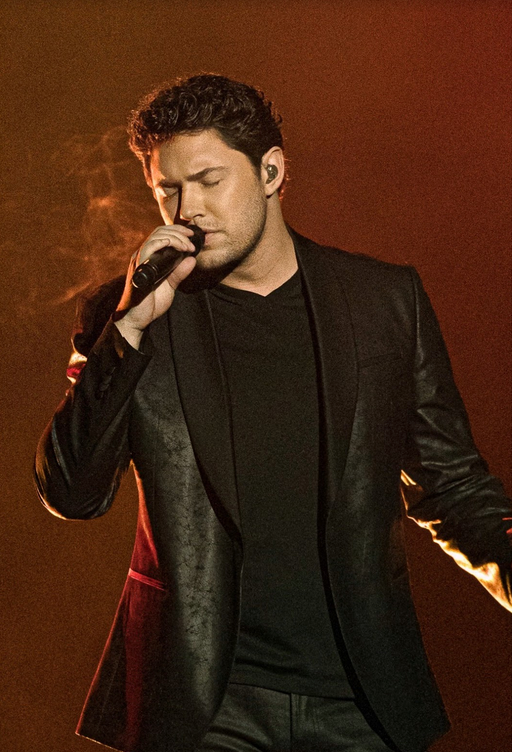 If you’re a fan of talent shows, you probably remember Daniel Emmet as the opera singer who accepted the “impossible challenge” delivered by Simon Cowell during Season 13 of America’s Got Talent.

Since those appearances in 2018, Emmet has used his vocal prowess to carve out a notable career for himself. His single “True Reflection” debuted at #1 on the iTunes Classical Chart and he’s headlined his own show, “All That I Am,” at Caesars Palace in Las Vegas — his list of musical accomplishments goes on.

The one thing Emmet has never done is perform in Cleveland. That will change on  Saturday, November 5 at 8:00 pm when he joins Carl Topilow and the Cleveland Pops Orchestra for their season-opening concert at Severance Music Center. Tickets are  available online.

Answering his phone in Las Vegas, the city he has called home since he was in his mid-teens, Emmet’s enthusiasm about Saturday’s concert was palpable. “I’m so excited to be making my Cleveland debut. And to be doing it with Maestro Topilow and the Cleveland Pops Orchestra at the incredible Severance Hall! For a kid who grew up loving music, to get to do this is unbelievable to me.”

Although this will be the first time that Emmet and Topilow have worked together, he described the conductor as “one of those people that when you meet them, whether it’s in person or over Zoom, you feel an immediate musical kinship.”

Asked about the program, the tenor said that he was “thrilled” about it but didn’t want to give away any of the secrets. “I will say that it’s going to be a really fun night with some of the greatest music from stage and screen. There will be something for all generations.”

When asked what he could tell me without giving away any secrets? “Well,” he said slyly, “I have my debut PBS special coming up this December that will air over the holidays. It’s called Daniel Emmet and Pia Toscano, Simply the Best. It’s a night of duets and solos, like one of the greatest songs the Righteous Brothers ever recorded. Unchained Melody — you might hear that. And I did study classical voice in college so we are going back to my roots, and when I’m performing with a symphony, the opera boy in me just can’t let it go without singing something by Puccini. But I’ll let your readers guess which aria that might be from a tenor who sings Puccini. It might go something like ‘nessun’ and ‘dorma.’ I don’t know, but it’s something about not sleeping.”

While growing up in upstate New York, Emmet said that he always enjoyed music but never thought of it as a career path. That was until he and his family moved to Las Vegas when he was 15. “After seeing the many great entertainers who graced the mile of wonderful theaters that we have here, I was truly bitten by the entertainment bug. I tried my hand at singing and found that it was what my heart desired — something that I wanted to do for the rest of my life.”

After high school Emmet said that his parents insisted he go to college. “So we compromised and I went to college for music. I went to Chapman University and studied with Carol Neblett, who was a well-known soprano back in the ‘70s and ‘80s. She was a wonderful teacher and mentor. I studied with her for eight years and since then I feel like I’ve been the luckiest guy in the world because I’ve only had one real job and that is singing.”

His “lucky break” came during his audition for America’s Got Talent when he famously accepted a challenge from Simon Cowell. “I had a great plan for my first audition — I would sing an original song in Italian for him,” Emmet recalled. “The thing was, nobody told me about the unwritten rule — don’t do an original song at the first audition. But that’s what I did. And right in the middle of it Simon stopped me. Later I discovered that he liked the song but he knows what he wants, and he wanted to hear me sing “Passera.” It’s in Italian — it was made famous by Il Divo. I didn’t know it, so he gave me an hour to go offstage, learn it, come back, and sing it for him, and by extension, all of America.”

Emmet said that learning the song was “the most stressful hour of my entire life.” But through caffeine and perhaps some divine intervention, he was able to memorize the piece, and go out and give what he called “the performance of my life.” Click here to watch the performance.

The tenor said that he was fortunate to continue through the rest of the season. “During the grand finale, I had the opportunity to perform with Placido Domingo, which was really special.”

What is it about shows like America’s Got Talent? They’re all over the world. Emmet believes that the magic that Cowell tapped into, is that great talent can come from anywhere.

“When someone walks out onstage who has had a hidden talent, but would never in their life have had a chance to showcase it, that is what those shows are all about. That’s why I love having been a part of it and going back this past year and getting to play a fun prank on my old friend Simon Cowell” — click here to watch.

“I have a wonderful place in my heart for that show because they’ve been so good to so many of us. Being on a show like that really does change your life.”

Supported by engagingly, yet simple staging by Cara Consilvio, a well-prepared cast of singers told the archetypal story of Cinderella with charm and flair. Framing the production was  a sparse but colorful set and wonderful lighting by Dave Brooks. END_OF_DOCUMENT_TOKEN_TO_BE_REPLACED

END_OF_DOCUMENT_TOKEN_TO_BE_REPLACED

The music isn’t easy to play, either. Over the course of two hours, all of the musicians brought fantastic focus to the unrelenting tricky rhythms and countless layers of parts, all of which require a high level of individual responsibility. Even in the moments of calm, the accompaniment remains perpetually unsettled. Adams — who made a sprightly presence on the podium — combines minimalist, repeating motives in gradual layers, which eventually become so dense they overwhelm the senses. Lisa Wong deserves special mention for her thorough preparation of the Cleveland Orchestra Chorus, as does Jennifer Rozsa for the Children’s Chorus, which made a brief but memorable appearance in the last few minutes. END_OF_DOCUMENT_TOKEN_TO_BE_REPLACED