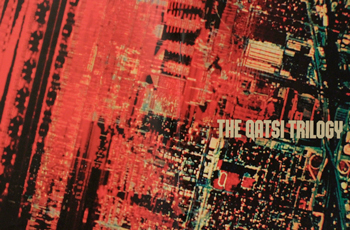 “Philip Glass is turning 80 on the 31st of this month, and I thought that was certainly cause for tipping the cap to one of the most famous composers of our time,” said Tom Welsh, Cleveland Museum of Art’s Director of Performing Arts, during a recent telephone conversation. “As a composer, Glass had a real impact on the whole world — not just in classical music, but everything — and I thought that was worth recognizing.”

Beginning on Friday, January 27 and continuing through Sunday, CMA and the Cleveland Institute of Art Cinematheque will celebrate Glass’s 80th birthday with a presentation of The Qatsi Trilogy: Koyaanisqatsi, Powaqqatsi, and Naqoyqatsi by filmmaker Godfrey Reggio with landmark musical scores by Glass.

“We decided to organize the weekend in a way that allows people to enjoy them one day at a time — Friday, Saturday, and Sunday — or take in all three during one sitting on Saturday,” Welsh noted. “This is a great opportunity to see them in the theater, on the big screen with a big sound. They are meant to mesmerize, and they do.” A complete schedule is below. 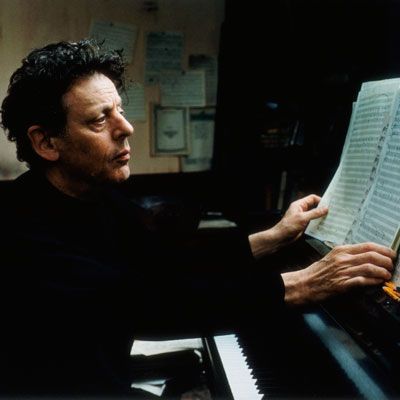 Welsh said that it was not easy to figure out the best way for CMA to honor Glass’s birthday, but after searching through the composer’s extensive catalogue of music, the trail quickly led to Koyaanisqatsi. “I think it’s a masterpiece. I try to use that word sparingly, but the marriage of Glass’s music with Reggio’s film does make it a masterpiece. Then I thought, why not go all the way? It is a trilogy, and people might not be aware of that.”

The titles of the three films are taken from the Hopi language: ‘Qatsi’ translates as ‘life.’

Released in 1983, Koyaanisqatsi: Life Out of Balance captures the changing environments of the Northern Hemisphere, from the untouched natural world to humans’ expanding dependence on technology. “The first time I saw Koyaanisqatsi was right after it was released and I was totally captivated,” Welsh said.

During Powaqqatsi: Life in Transformation, from 1988, Reggio turns his attention to the Southern Hemisphere. The film is a visual commentary on how the traditional ways of life in that part of the world are being eroded as the environment is taken over by industry. In the final film, Naqoyqatsi: Life as War from 2002, Reggio focuses on the effects of globalization that have transformed the world from the natural to the artificial.

“I would say that these films are as relevant now as they were when they made,” Tom Welsh said. “Life Out of Balance, Life in Transformation, Life as War — these are all painfully timely topics.”