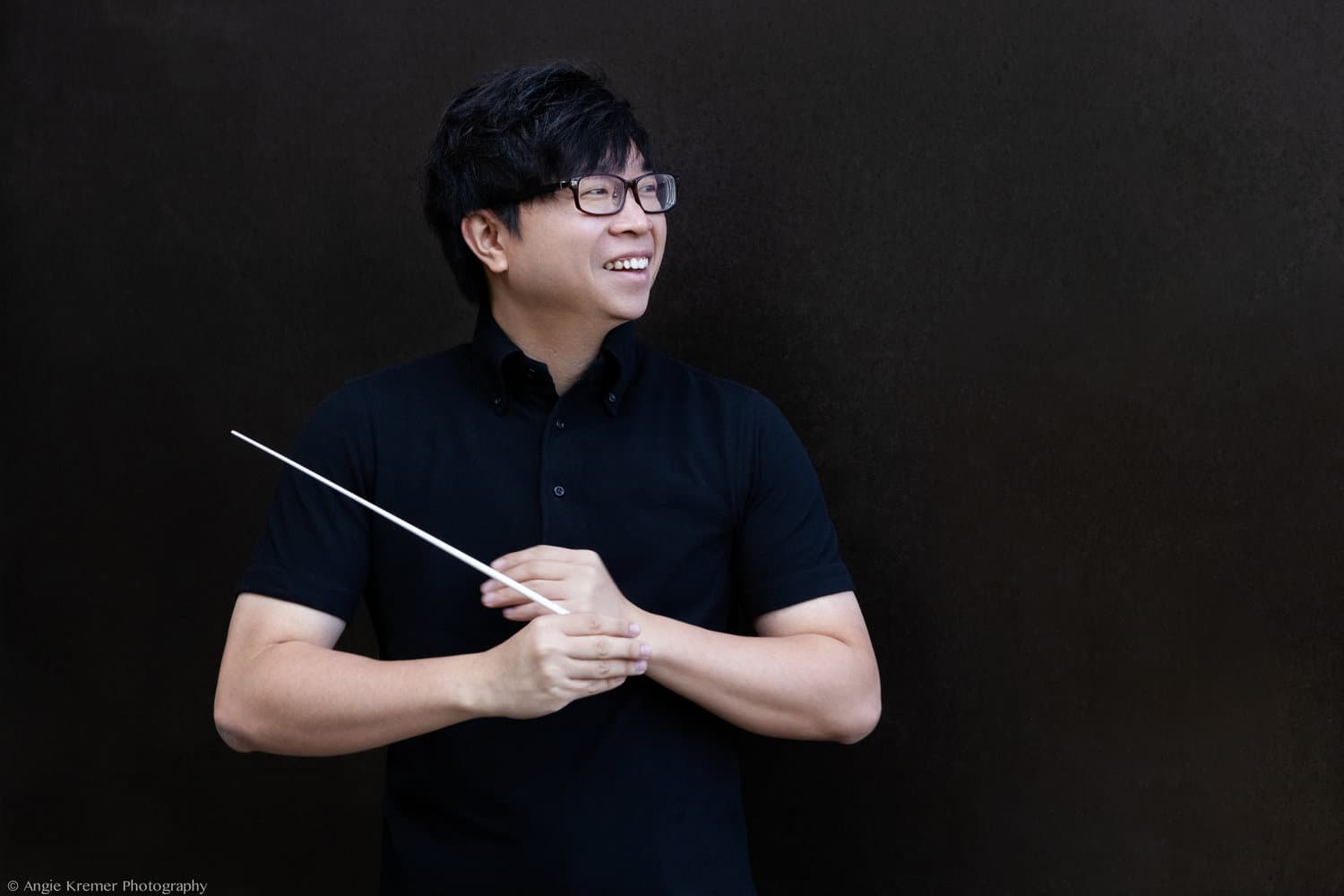 On Thursday, April 14 at 7:30 pm, the Singaporean conductor will make his Severance Music Center debut with a concert featuring Beethoven’s Violin Concerto with Christian Tetzlaff, and Bartók’s Music for Strings, Percussion, and Celesta. The program will be repeated on Friday at 11:00 am and Saturday at 8:00 pm. Tickets are available online.

What were his first thoughts when he got the call telling him that he was needed in Cleveland? “Honestly, I didn’t have time to be nervous. All I could think about were all of the logistical matters,” the 35-year-old said during a recent telephone conversation.

Wong said that although he has conducted the Beethoven many times, he looks forward to performing it with Christian Tetzlaff.

“And I love the Bartók,” he said, “especially with all of the folk music influences. As an Asian, that resonates with me. But it also has a sophistication about it — there is that legendary recording with Christoph von Dohnányi and Cleveland. We had the first rehearsal this morning — the Orchestra is great and Severance Hall lives up to its reputation and more. Then to walk outside and see the cherry blossoms — it’s all just beautiful.”

While Wong is doing quite well for himself as a conductor, “I always wanted to be a trumpet player,” he said, adding that he was introduced to the instrument by his elementary school math teacher. “In Singapore we have mandatory National Service for two years at the age of 18 and I was assigned to a military band, but I had a lip injury from overplaying.”

Wong knew that because of the injury he would be reassigned to a non-musical position. “So I took up composing and started a group to play the pieces, but the only conductors were officers, so I decided to take up conducting.”

After completing his National Service, Wong studied composition at the National University of Singapore. During his second year he was selected to be part of a conducting masterclass with Esa-Pekka Salonen — an event that inspired him to take conducting more seriously. In 2011 he entered the Hochschule für Musik Hanns Eisler in Berlin where he studied opera and orchestral conducting. And in 2016 Kahchun Wong became the first Asian winner of the Gustav Mahler Conducting Competition.

That win not only opened many doors for Wong as a conductor, it also inspired him to co-found Project Infinitude with Marina Mahler, the granddaughter of Gustav Mahler. The project works closely with Child At Street 11, a Singaporean non-profit agency supporting children from underserved and diverse backgrounds. Wong’s vision is

to nurture a whole generation of music lovers who listen to the beauty in art, in addition to other unique and diverse voices in our shared community. [And] to encourage children from all walks of life to believe that they deserve to enjoy music, regardless of their background.

“This project is so meaningful to me,” Wong said. “We like the kids to decide what they want to do and they’ve done all kinds of things — they even wrote a song. And, they take it seriously. We went to a performance of La Bohème and the kids were better behaved than the adults — they told them to be quiet.”

Click here and scroll down to watch some inspirational videos of Project Infinitude.

END_OF_DOCUMENT_TOKEN_TO_BE_REPLACED

Supported by engagingly, yet simple staging by Cara Consilvio, a well-prepared cast of singers told the archetypal story of Cinderella with charm and flair. Framing the production was  a sparse but colorful set and wonderful lighting by Dave Brooks. END_OF_DOCUMENT_TOKEN_TO_BE_REPLACED