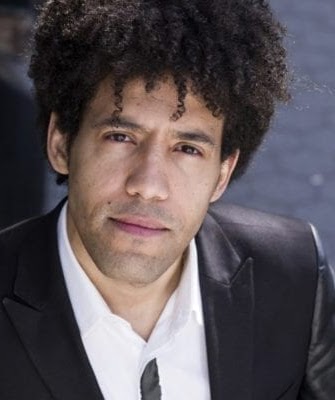 It’s fascinating how many people can recall the event that planted a career bug inside of them. For Rafael Payare, that event occurred while on tour in Italy as a member of the horn section of the National Children’s Orchestra of Venezuela. “This Italian maestro, Giuseppe Sinopoli, came. He spoke no Spanish and communicated only with his energy,” Payare recalled during a recent telephone conversation. “But he changed the sound of the orchestra in the first minute of rehearsal and that really impressed me. I thought, wow, when I am old and my hair is all white, I would love to be a conductor. So that is how the conducting bug got into me.”

On Sunday, July 25 at 7:00 pm at Blossom Music Center, Rafael Payare will make his Cleveland Orchestra debut with a program that features Prokofiev’s Violin Concerto No. 2 with Stefan Jackiw as soloist and Dvořák’s Symphony No. 9 (“From the New World”). Tickets are available online.

Payare, who has served as music director of the San Diego Symphony since 2019 — he will hold the same position with the Orchestre Symphonique de Montréal beginning with the 2022-2023 season — said that he is excited to be making his Cleveland debut with Stefan Jackiw. “He has an amazing quality in that he plays like the music has just been written, even though Prokofiev wrote the concerto in 1935.”

When asked why he thinks Dvořák’s ‘New World’ is so popular, the conductor said, “It’s because it has an organic core to it. From the very beginning it has this rhythm that gets inside of you. In every movement, even if you don’t know it, you think ‘I know this theme.’ The Symphony makes total sense — it’s no wonder it’s so successful everywhere.”

The conductor also finds the work to be a “beautiful homage” to the composer’s experience in the New World with its Slavic sound and African American spiritual and folksong influences. “He used those in a very western European way, so it’s like the two worlds are being portrayed in one symphony.”

Is there a part of the Symphony Payare particularly enjoys? “The second movement,” he said. “Perhaps it’s been overexposed, but how the English horn solo goes into this beautiful middle section is amazing. Sometimes it’s played very romantically, but when you forget what you hear in those very respected recordings and just do what Dvořák wrote, it becomes a completely new piece. Of course there’s the Scherzo and the Finale, and when you put it all together it’s a huge arc. And the last chord, it’s like you are watching the sunset. It’s fantastic.” 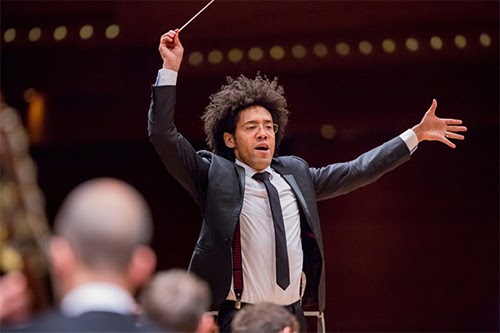 Turning our attention back to his road to becoming a conductor, Payare was eager to talk about Venezuela’s celebrated El Sistema program, founded by José Antonio Abreu in 1975. “Even though he passed away a couple of years ago, we try to keep his legacy going with all of those wonderful ideas that he put on every one of us.”

Payare noted that the primary idea is that music should be a right, and accessible to everybody. And that exposure to music is important. “Of course in the U.S. you have a lot of wonderful orchestras, wonderful traditions, and you have radio stations like NPR. But even now in Venezuela, we still don’t have a radio station dedicated to exploring classical — or whatever you want to call it — music. It might not be for some people, but it’s important to be exposed to it.”

The conductor’s first El Sistema experience didn’t happen until he was almost 14 years old. “I didn’t come from a musical family, but my brother played the bassoon in one of the El Sistema orchestras. He’s older than I am, and you know, when you have a brother, he did his thing, and I did mine.”

Then one day his brother was playing a recording that caught his attention. “He asked me if I liked it and I said yes, so he took me to one of the orchestras, and that’s how I started playing the French horn. Later I found out that what he was listening to was Tchaikovsky’s 1812 Overture.  But what caught my attention was the sound of the horn. So in a way, the horn kind of chose me.”

“I was the solo horn of the The Simón Bolívar Orchestra and Gustavo Dudamel was the conductor. One day I was talking to Maestro Abreu and he said that he could give me conducting lessons, and of course I said yes.” Soon the young horn player was asked to oversee brass, and then wind and brass sectionals. “Then, when the orchestra was preparing for a tour and Gustavo needed to hear how something was sounding, he would call me from the podium and say, ‘come conduct while I go out and listen.’”

Now, at 41 with no white hair to speak of, Rafael Payare is not only a highly sought after conductor, he’s also a husband — married to cellist Alisa Weilerstein — and father to the couple’s young daughter. “Maybe you could think or dream about this, but having an amazing family and being able to make music with amazing orchestras — it’s not too bad what is happening right now.”

Jackson began the program with a recitation of Langston Hughes’ poem “Helen Keller” — the first of five poems by Hughes that served as interludes between each piece on the first half. END_OF_DOCUMENT_TOKEN_TO_BE_REPLACED

Pianos with pins and tape on strings, a bass drum and tam tam, crotales, Almglocken, and vibes. Microphones were hooked up all around the instruments. The feed was sent to speakers around the room. Lighting designer Nicholas Houfek hung incandescent globes over the arrangement of instruments from thin black wires stretching across the beams. END_OF_DOCUMENT_TOKEN_TO_BE_REPLACED

From the podium, Elim Chan set an ambitious tone for the evening. The rising star conductor, here in her Cleveland Orchestra debut, has a commanding style, and every twist and turn in Saturday’s performance tracked closely with her baton. END_OF_DOCUMENT_TOKEN_TO_BE_REPLACED