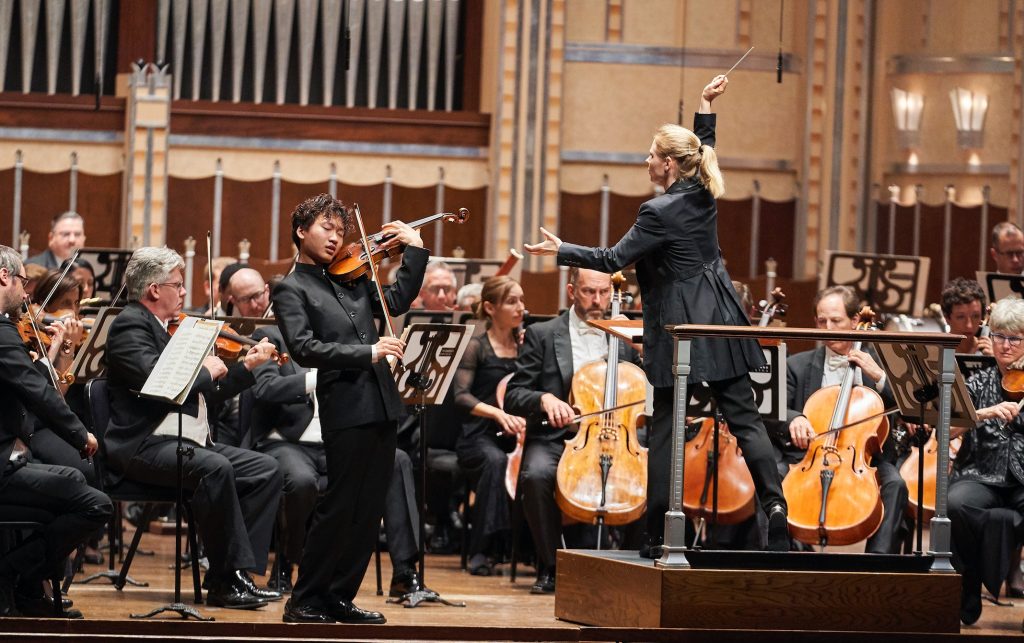 By virtue of their performances in the semi-final, concerto, and recital rounds, three young violinists earned the privilege of standing in front of The Cleveland Orchestra in Severance Hall on Friday evening, July 25 for the final round of the 2019 Thomas and Evon Cooper International Competition. Concertos by Mendelssohn, Prokofiev, and Dvořák were on the agenda, and prizes of $20k, $10k, and $5k were waiting in the wings.

Shihan Wang, 14, from Beijing, China, Eric Charles Chen, 18, from Princeton, NJ, and Isabella Brown, 16, from Gurnee, IL, were probably the most evenly matched finalists in the five-year history of the violin competition, which has alternated with a piano competition since its launch in 2010.

This year’s finals were also distinguished by a new figure on the podium. New Zealand-born Gemma New, who is music director of the Hamilton Philharmonic, resident conductor of the St. Louis Symphony, and principal guest conductor of the Dallas Symphony, stepped in on short notice to replace the ailing Bramwell Tovey. She presided over the three different concertos with grace and acuity, and her experience working with young musicians as conductor of the St. Louis Youth Symphony was evident. New was ahead of the game all evening, uncannily anticipating and correcting problems before they had the chance to happen.

She kept a tight rein on Shihan Wang (above) in the Mendelssohn Concerto, guaranteeing him a clean, tidy, and luminous performance distinguished by fine intonation, control of tempos, and shapely lines. Carrying easily through the Orchestra, he zipped through the finale with flair. 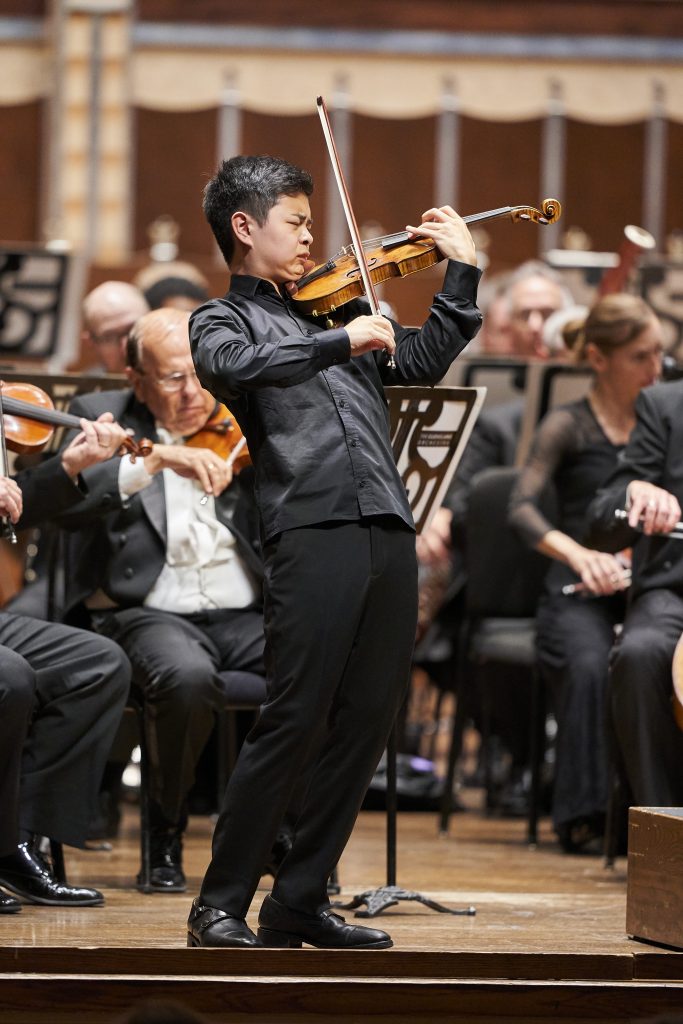 New partnered excellently with Eric Charles Chen in the very different Prokofiev Second Concerto. Chen was a collegial soloist, easily negotiating the opening off-kilter, five-beat motives, keeping closely in touch with the Orchestra and engaging in a special dialogue at one point with the bass section. He played the finale with shimmering spookiness. 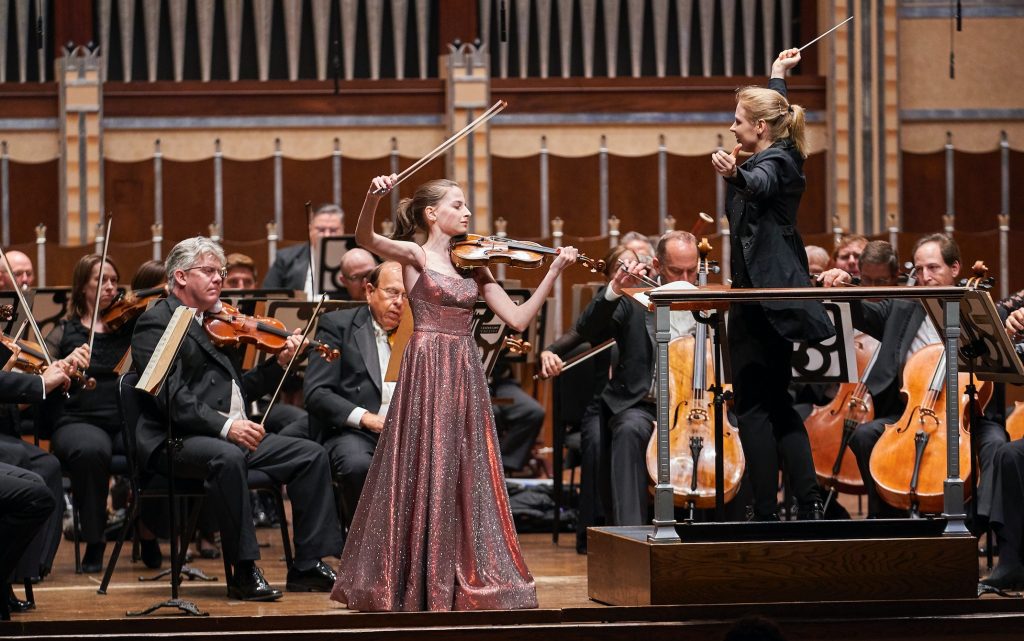 After intermission, Isabella Brown delivered an intensely lyrical and scintillating performance of the Dvořák Concerto, playing the first movement double-stops with complete control. She neatly changed the musical mood with her transition into the slow movement, and soared out nicely over the big orchestra in the finale, making the Bohemians dance.

END_OF_DOCUMENT_TOKEN_TO_BE_REPLACED

The portents weren’t good for the week of March 8: first the disorienting switch to Daylight time was to click in on Sunday, then a full moon would rise on Tuesday, then the 13th of the month was scheduled to fall on Friday. Midweek, the spread of COVID-19 added a spiraling series of postponements, cancellations, and shut-downs to an already unlucky period. Like other educational institutions, Oberlin College and Conservatory found themselves making decisions about how to proceed, only to change plans several times. END_OF_DOCUMENT_TOKEN_TO_BE_REPLACED

That old saw about absence making the heart grow fonder: how true it feels now! With concerts canceled to prevent the kinds of confined massing that facilitates the spread of COVID-19, musicians are suffering. Critics have already filed reports on the grim uncanniness of clear schedules and empty halls. Just before this writer’s exile from the scene, however, a spark of life shot skyward, and now stands as a last memory of live performance before social distancing. END_OF_DOCUMENT_TOKEN_TO_BE_REPLACED

The Cleveland Chamber Music Society sailed into relatively uncharted waters on March 3, hosting the Bay Area male vocal ensemble Chanticleer in “Trade Winds.” This musical voyage took its name from a triptych by Zhou Tian, part of a varied program that called in at multiple ports for Italian madrigals, settings of Ave Maris stella (“Hail Mary, Star of the Sea”), an Edwardian part song, a Portuguese Mass, songs from the Pacific, and English sea shanties. END_OF_DOCUMENT_TOKEN_TO_BE_REPLACED