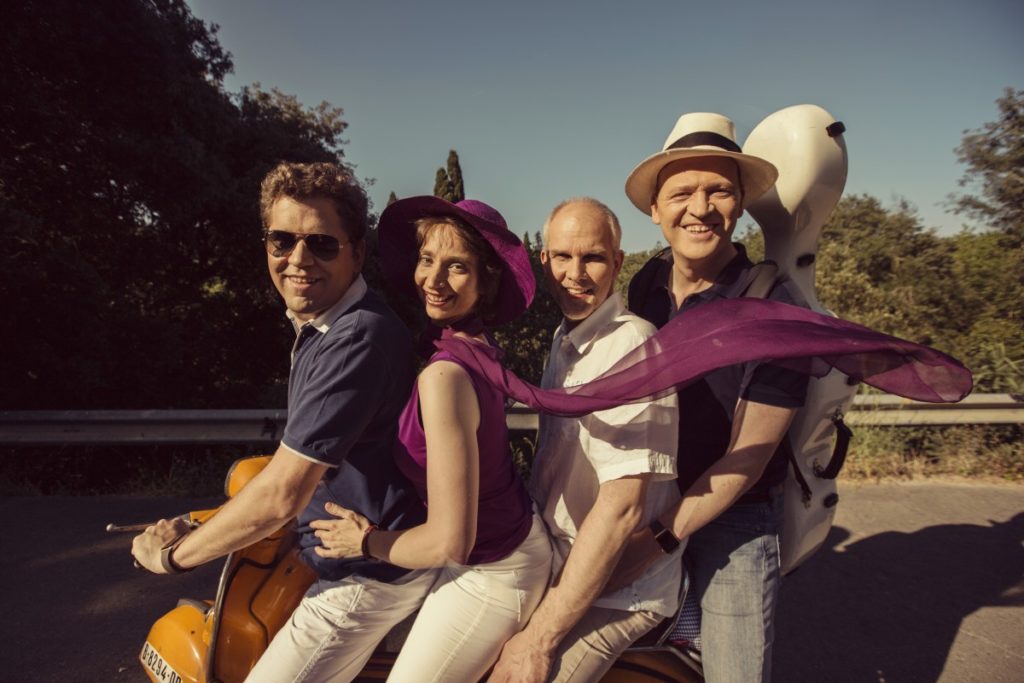 “To live with this piece is to imagine a genius at the absolute height of his powers, yet virtually isolated from the world,” Cuarteto Casals violist Jonathan Brown said. “Beethoven was deaf in his disorderly room in Vienna where few people wanted to be associated with him. There he was struggling with his artistic demons. He wrote, and rewrote this quartet extensively, but he was working with his own criteria — there’s no other model, there’s no other work like this.”

On Tuesday, March 5 at 7:30 pm at Plymouth Church, Jonathan Brown will join his Cuarteto Casals colleagues (Abel Tomàs and Vera Martínez, violins, and Arnau Tomàs, cello) for a performance of Beethoven’s monumental Quartet in c-sharp, Op. 131.

Presented by the Cleveland Chamber Music Society, the program will also feature music by Mozart and Mendelssohn. A pre-concert lecture by Roger Klein will being at 6:30 pm. Tickets are available online.

Speaking by phone from San Francisco, where later that evening the quartet would play the first concert on their eight-city North American tour, Brown said that understanding Beethoven’s Op. 131 is a lifelong process. “When we first learned it, it was overwhelming and daunting, and we thought, how are we ever going to get through this. Luckily we had to perform it, so we got through it, and then the real discovery began.”

Brown said the quartet is so overwhelming because on the one hand “it’s sprawling — 40 to 45 minutes without a break — as well as exhausting both physically and emotionally. Yet on the other hand it’s tightly composed in that you can follow the motives and the harmonic relationships between each movement in a direct and visceral way.”

Today, nearly 200 years after it was written, Brown said that there are very few, if any quartets with which it can be compared. “In the 20th century you can find some — Berg’s Lyric Suite comes close and certain Bartók quartets. But I cannot think of a piece that comes close to this in its scope, depth, humanity, humor, and pathos. We’re playing this quartet on a number of concerts on this tour. That was partly planned because we’ll be recording in March and we want it as fresh in our memory as possible.”

Tuesday’s concert will open with Mozart’s Quartet in B-flat (“Hunt”), which Brown said is most famous for its first movement. “It’s in the key of B-flat, which is the typical key of the natural horn, and the quartet has a horn motif, which is where it gets its name.”

The “Hunt” is also unusual in that it is reminiscent of outdoor music. “One associates string quartets with indoor, courtly gatherings, but this one is full of tremendous humor, especially the last movement — it’s very Haydnesque. It also has a slow movement that is unlike any in the repertoire. It’s totally unpredictable, very moving. I can’t think of another quite like it.”

The program will also include Mendelssohn’s Quartet No. 6 in f, the last major piece that he wrote before his death in 1847. “His sister Fanny died less than six months earlier,” Brown said. “They were very close personally and musically, and when she died he was crushed.”

The violist noted that unlike Mendelssohn’s typical scores, this one contains many inconsistencies, like similar passages that are marked in different ways. “He was always very meticulous about how he went through his scores. It’s by no means an unfinished work — it’s just revisions of the last details.”

The work also illustrates how the composer was anticipating Romanticism. “He came out of the Classical tradition of Mozart and Haydn, but his music was always looking forward to the later 19th century,” Brown said. “With the tremolos in the first and last movements, you can hear the Romantic Mendelssohn coming through, and there is the most touching slow movement — a sort of song without words.”

In celebration of their 20th anniversary, Cuarteto Casals embarked on a six-concert series of the complete Beethoven quartets, accompanied by six commissioned companion pieces. “The composers represented a broad overview of 21st-century composition in southern Europe,” Brown said. “We gave each of them a group of quartets and told them that they had free range to write a piece of eight to ten minutes that commented on some aspect of these works. Beyond that we didn’t give them any more instructions. Thankfully we received six very different pieces. Two were almost jazz-like in that they had some improvisatory elements. One was written in scordatura and was full of all sorts of unusual effects — sort of spectral music. One was rigorously composed around certain motives from one of Beethoven’s quartets.”

In 2018 the Casals released the first of a three-volume set of the Beethoven quartets on the Harmonia Mundi label. The second will be released in 2019 and the final group in 2020, to coincide with the 250th anniversary of the composer’s birth. 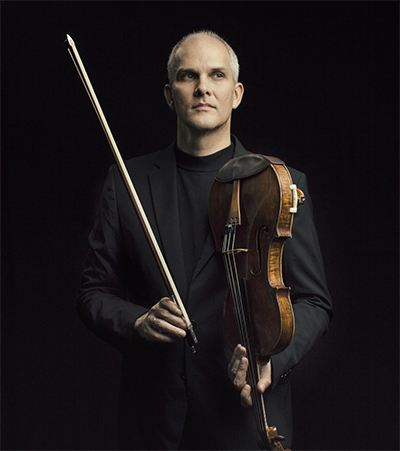 Beethoven at 250 — what will the composer’s legacy be when it comes to advancing the string quartet? Brown said that when you examine his music you can look both forward and backward — back to Renaissance music, Bach, Haydn, and Mozart. “In Beethoven’s quartets you can hear his tremendous respect for the string quartet tradition. The Opus 18 quartets are a catalogue of youngish Beethoven who is saying, ‘This is who I am. I am a voice to be reckoned with and this is my stamp on the string quartet literature.’ But even in his late quartets you hear him using very old-fashioned forms like fugues, which were more or less out of date by the late 1820s. And the Lydian mode in the slow movement of Opus 132 — almost no one was writing modal music.”

Brown said that Beethoven is the template for contemporary composers. “As Stravinsky said about the Große Fuge, ‘It’s modern music for all time.’ Although Beethoven came out of tradition, he decided to find his own path, which set the way for future composers like Brahms. He developed entire pieces out of small musical cells, which would be unimaginable without Beethoven.”

The violist added that the Second Viennese School come out of Beethovenian traditions, as did composers like Ligeti and Kurtág. “We’ve worked with Kurtág and he said, ‘My mother tongue is Bartók, whose mother tongue was Beethoven.’ So I think he is a unique force in the history of music.”

END_OF_DOCUMENT_TOKEN_TO_BE_REPLACED

Rodgers & Hammerstein’s Cinderella was originally produced for television in 1957 — seven years after the animated Disney film was released — and starred Julie Andrews. According to the Rodgers & Hammerstein website, it was viewed by over 100 million people. END_OF_DOCUMENT_TOKEN_TO_BE_REPLACED

The story line has its origin in an 1855 play and an 1842 farce that Thornton Wilder mined for his 1938 play The Merchant of Yonkers. When that turned out to be a flop, in 1954 Wilder made the crucial decision to re-center the show around the character of the legendary marriage broker Dolly Gallagher Levi and renamed it The Matchmaker. END_OF_DOCUMENT_TOKEN_TO_BE_REPLACED

The Dodero Center for the Performing Arts at the Gilmore Academy in Gates Mills is one feature of an impressive campus. The auditorium is shallow, the stage is deep, and the ensemble played without a shell. Throughout the program, the sound, especially in instruments’ lower registers, tended to disappear. END_OF_DOCUMENT_TOKEN_TO_BE_REPLACED