After that solo recital, Mumford suggested Ellis’ string orchestra to Pae, who is professor of cello at Eastern Michigan University and cellist with the Formosa Quartet. “He told me about this relatively new ensemble in Cleveland that consists of young and exciting artists, and suggested the collaboration. David, who is also a cellist, was enthusiastic from the beginning,” Pae said. 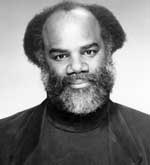 On Friday, Deborah Pae will play Mumford’s Two Rhapsodies for cello and strings with Earth and Air. Having performed an earlier, solo version of one of the rhapsodies at LCCC, Pae is looking forward to playing the expanded work with strings. “I really like Jeffrey’s compositional language,” she said. “He knows how to write for the cello, showcasing its whole range. His music has been influenced by his studies with Elliott Carter, and he loves to work with rhythmic complexities — nothing ever happens on the beat, and things are constantly shifting.” Another thing that impressed Pae is Mumford’s entrepreneurial spirit. “I commend him — it’s not easy to have your voice heard as a composer.”

Pae will also be featured in Tchaikovsky’s Andante Cantabile for cello and strings, an arrangement by the composer of a movement from his D-Major String Quartet. “That was David’s idea. I grew up hearing wonderful cellists play it, and I’ll be performing the original piece with my quartet later this season. The violin has the solo line there, and it will be really wonderful to be able to play it on the cello. It fits the instrument beautifully.”

Deborah Pae’s datebook with the Formosa Quartet includes forthcoming concerts in Kingston, RI, and at Rockefeller University in New York with guest cellist Peter Wiley. Having spent a few years in Brussels as a resident artist at the Queen Elizabeth Chapelle, Pae is looking forward to the Quartet’s summer tour that will call in at the Belgian city she calls her “second home.” Also on the itinerary: London’s Wigmore Hall, where the Formosa will join cellist Richard Lester.

Later, the Quartet will return for the sixth time to the Formosa Chamber Music Festival in Taiwan, which includes an intensive chamber music experience for students. “We’re ending up in Maine at another old summer home, Kneisel Hall in Blue Hill,” she said. “To be invited back is very heartwarming, and it’s nice to be able to tour with my quartet and vacation at the same time. It’s the best way to see the world.”