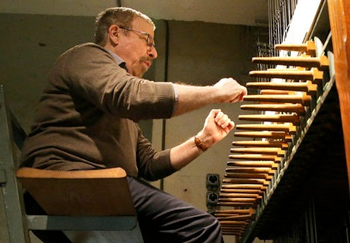 George Leggiero will play the McGaffin Carillon in University Circle today at 12:15 pm, a concert you can enjoy on the lawn of the Church of the Covenant, from your car, or via live stream on YouTube.

This evening, CityMusic Cleveland’s Pantheon Ensemble plays a live concert of piano quintets by Zwilich and Schubert at the Shrine Church of St. Stanislaus at 7:00 pm, followed at 7:30 pm by the latest edition of the Cleveland International Classical Guitar Virtual Festival, featuring pre-recorded performances by Canadian 8-string guitarist Drew Henderson (read a preview interview here) and Czech artist Petra Polácková. Another pre-recorded program goes up at 8:00 pm, this one by the Western Reserve Chorale. “In Her Voice: Celebrating the Poetry of Women” comprises eight new recordings of works led by David Gilson, along with poetry and artwork by local high school students. Details in our Concert Listings.

On the web today, you can pull down broadcasts from Paris (Bach’s St. John Passion dramatized by Calixto Bieto), Amsterdam (the Concertgebouw Orchestra and Stravinsky’s A Soldier’s Tale), Hamburg (Song of America II), and New York (the Little Opera Theater in Monteverdi, Strozzi, and Castello).

Piano Cleveland is gearing up for the Cleveland International Piano Competition later this summer with “Grand Piano Pursuit.” Fifteen local artists have been commissioned to “repurpose pianos into reimagined artwork,” and the organization is challenging the public to find, photograph, and share all of them on social media before the Competition officially begins on July 8. Click here to download the Grand Piano Pursuit Map Quest and register to win an Experience Cleveland Prize Package.

Contemporary Youth Orchestra, now under new leadership, will return to in-person rehearsals and performances in the fall for its 27th season. The audition deadline has now been extended to July 15. “CYO performance opportunities include a 110-member orchestra, chamber ensembles, masterclasses with noted professional musicians, and more. A single audition opens the door to several exciting musical experiences.” Click here for details.

Oberlin Conservatory reports that its 1992 graduate Nkeiru Okoye has received a Guggenheim Fellowship for 2021. “The honor will support the creation of A Truth Before Their Eyes, an opera Okoye has been developing for several years, which chronicles the experiences of two Black women who struggle to be heard in their small community, where Black Lives Matter garners headlines while everyday incidences of racial bias continue with alarming frequency.” Read the article here. 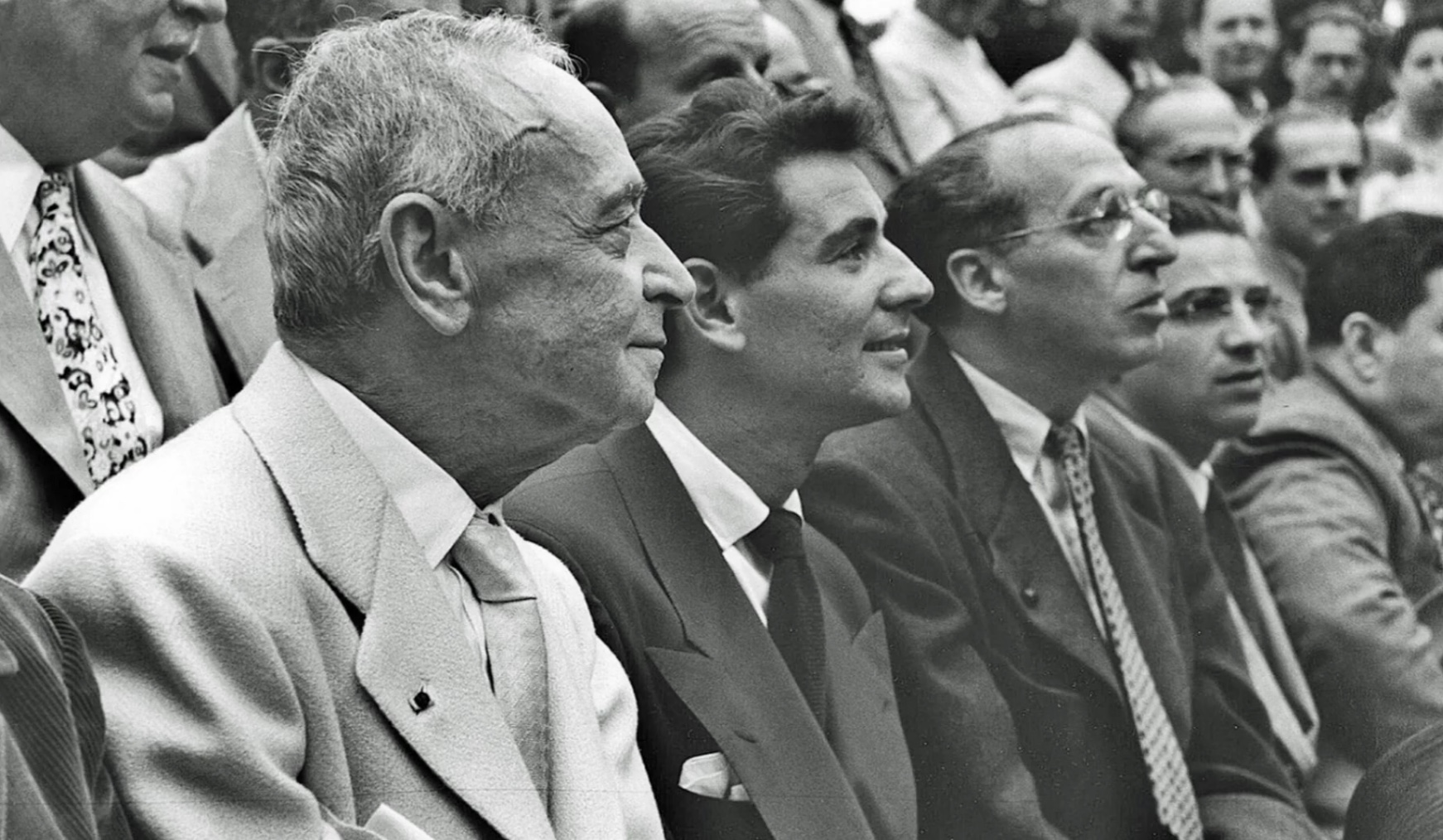 Only one departure to memorialize today: Russian-born double bassist and conductor Serge Koussevitzky, who died on this date in 1951 in Boston, where he had led the Boston Symphony for 25 eventful years.

It’s difficult to imagine 20th century music without the long list of works that Koussevitzky commissioned and premiered, or the young musicians he mentored at the Tanglewood Music Center in Lenox, Massachusetts beginning in 1940, two years after the BSO had established its summer home there. Watch The Tanglewood Story, a 1949 movie about Tanglewood’s early years produced by the U.S. Information Service that features rare footage of Koussevitzky and Aaron Copland, pictured above with “Koussey’s” star pupil Leonard Bernstein.

Those commissioned works include Ravel’s orchestration of Mussorgsky’s Pictures at an Exhibition (listen here to a recording made in Symphony Hall in October 1930), Copland’s Appalachian Spring, and Bartók’s Concerto for Orchestra, as well as occasional works like Randall Thompson’s Alleluia (ordered for the opening of the school at Tanglewood) and The Last Words of David (watch a rare video of Koussevitzky conducting at Tanglewood in 1950).

Self-taught as a conductor, Koussevitzky spawned many stories about his baton technique and grasp of scores. Flummoxed about when to come in during a soft passage (the conductor unhelpfully said “Ven my stick touch de air, you play”), some of his players determined that the proper moment was when the baton passed the third button on his vest.

And Nicholas Slonimsky reported on his attempts to help Koussevitzky grasp the complex rhythms in The Rite of Spring in his autobiography, Perfect Pitch. “To my dismay, I realized Koussevitzky was incapable of coping with these complications.” Slonimsky’s solution was to work out an alternate score that simplified changes of meter but preserved the composer’s rhythms.

This year the majority of the concerts are being held at a single location, the magnificent Grove Amphitheatre in Mayfield. Although the venue has no permanent seating, lawn chairs and blankets are the perfect solution. Picnics are encouraged and the responsible consumption of alcohol is permitted. Think Blossom Music Center on a smaller scale and you’ll get the picture. END_OF_DOCUMENT_TOKEN_TO_BE_REPLACED

The series opener, “Legends,” celebrated the return of in-person concerts with music by Antonín Dvořák, Enrique Granados, Paul Wiancko, and Franz Schubert. The musicians displayed the wide range of expression and color, enchanting communication, and technical brilliance that chamber music can provide. END_OF_DOCUMENT_TOKEN_TO_BE_REPLACED

Music director Franz Welser-Möst set the stage in his introductory video remarks, describing the Berg era as “the ‘Roaring 20s’ aftershock of World War I, a blooming of musical styles never experienced before or since.” END_OF_DOCUMENT_TOKEN_TO_BE_REPLACED

Aside from that, the beautifully curated program primarily features captivating performances of solo works that are presented in a logical progression of sound and temperament. END_OF_DOCUMENT_TOKEN_TO_BE_REPLACED

END_OF_DOCUMENT_TOKEN_TO_BE_REPLACED

Henderson began the evening with his own arrangements of three movements from J.S. Bach’s Suite No. 4 for solo cello. The Prelude features a series of descending patterns interspersed with virtuosic passages, and while these passages effectively highlighted Henderson’s technical skills, he also demonstrated dramatic expertise by playing each descending pattern with different nuances of emotion. The Sarabande, with its poise and stately pace, was juxtaposed beautifully with a lively Bourrée, where notes flurried in quick succession, but Henderson never sacrificed precise articulation for musical momentum.  END_OF_DOCUMENT_TOKEN_TO_BE_REPLACED