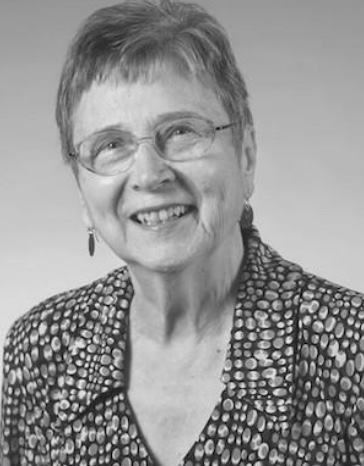 The Music Settlement has shared news of the passing of Hazel Zehner, who headed the school’s voice department for 27 years until 2016 and taught voice there for over four decades. “She was beloved by her students and valued by her colleagues. She will be deeply missed.” In 2012, she and her late husband Paul established the Hazel and Paul Zehner Endowed Fund for Voice to provide financial assistance to voice students.

Her funeral service will take place on Saturday, August 27 at Prince of Peace Lutheran Church in Westlake.

The New York Times has published an obituary for Cleveland-born cellist Abdul Wadud, who died in his hometown on August 10 at the age of 75. “He performed with classical ensembles, but he was best known for his work with cutting-edge composers and improvisers like Anthony Davis and Julius Hemphill.” Read the tribute by Seth Colter Walls here.

And the New York Times reports that challenges posed by the coronavirus have persisted as live performances resumed.

“A recent study of 143 performing arts organizations in North America by TRG Arts, an analytics firm, found that the number of tickets sold was down by 40 percent in the 2021-22 season, compared with before the pandemic, and ticket revenues were down by 31 percent. The firm attributed the decline to a variety of factors, including ongoing unease about the coronavirus and changing habits around attending live performances.”

Read Live Performance Is Back. But Audiences Have Been Slow to Return here.

The big birthday to celebrate on August 22 is Claude Debussy’s in the Paris suburb of St.Germain-en-Laye in 1862. See Eric Charnofsky’s playlist for his WRUW radio program today (above), and click here  to listen to a live broadcast of La Mer with The Cleveland Orchestra from Severance Hall led by George Szell in January of 1967.

END_OF_DOCUMENT_TOKEN_TO_BE_REPLACED

The strings-only work by Berg has made relatively frequent appearances on the Orchestra’s programs. In 2021, the musicians recorded it for the In Focus series, and it appeared again on last year’s European tour. Friday’s rendition maintained the group’s characteristic light and effortless playing, each section blending as much as possible to echo the work’s original form as a string quartet. At fifteen minutes total, the piece is quite short, but the dense encoded musical meanings require some extra-attentive listening. Splitting up the three movements ensured that each one could be appreciated on its own. END_OF_DOCUMENT_TOKEN_TO_BE_REPLACED