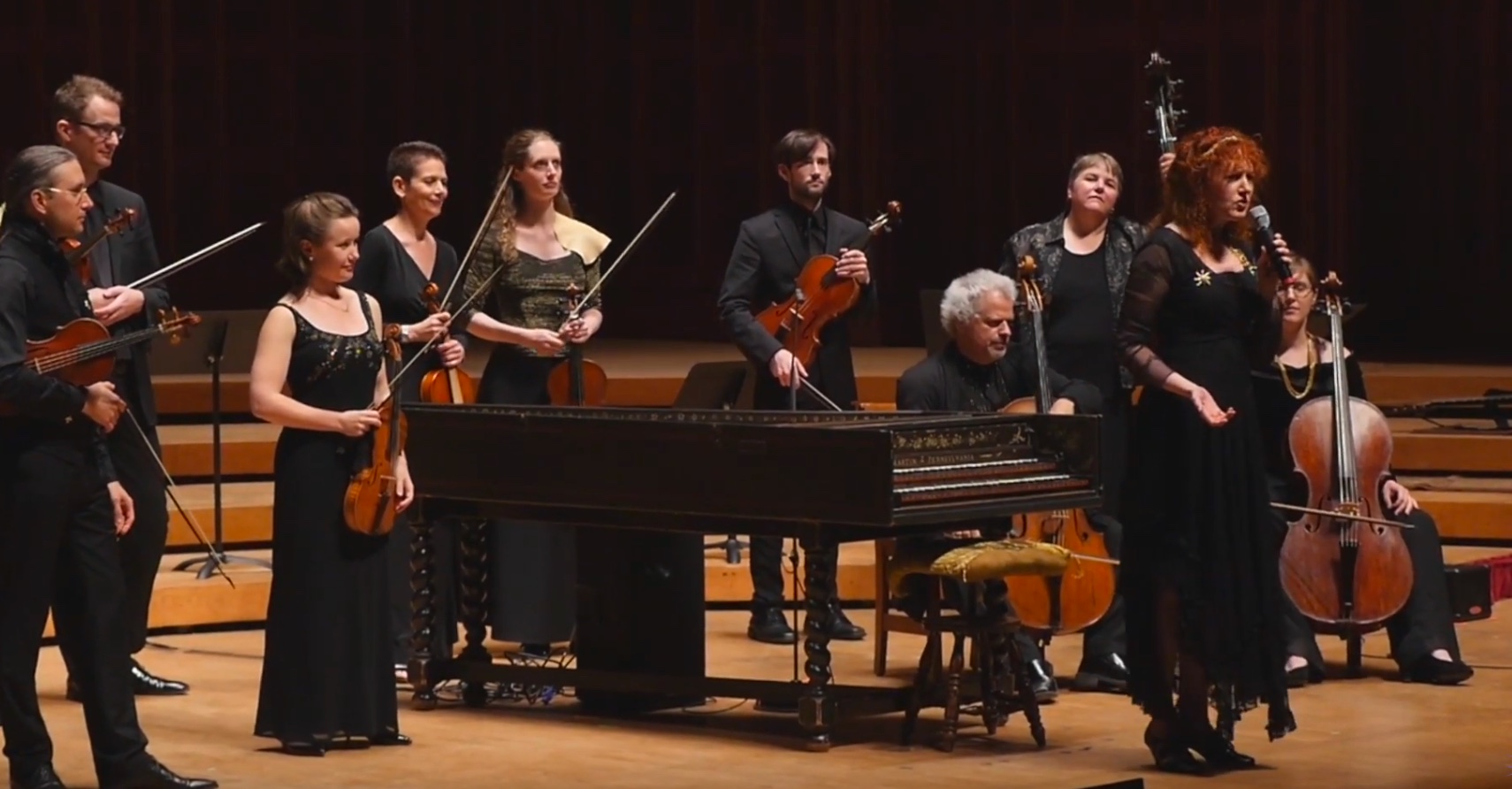 On this date in 1741, Italian composer Antonio Vivaldi died in Vienna. He made his reputation in Venice, especially as music director for 30 years of the Pio Ospedale della Pietà, an orphanage for young women. He continued his career in Mantua, eventually migrating to Vienna in hopes of advancing his fortunes as an opera composer.

Of course, Vivaldi’s best known for his hundreds of orchestral concertos, including The Four Seasons, which have provided a central stream of music for Cleveland’s Baroque Orchestra, Apollo’s Fire. Click here to watch a performance of his Concerto for Two Cellos (René Schiffer and Mimé Brinkmann), and here to witness Jeannette Sorrell’s infectious arrangement of his La Folia, both from concerts at Tanglewood.

And on July 27, 1924, Italian-German composer and pianist Ferruccio Busoni died in Berlin. Known for his Romantic piano elaborations of Bach chorales, Busoni crowned his keyboard works with his immense Piano Concerto. Pianist Garrick Ohsson recorded it in the late 1980s with Christoph von Dohnányi, The Cleveland Orchestra and the men of the Orchestra Chorus. Thirty years later, Ohlsson revisited the piece with the Orchestra in February, 2019, and prefaced the performance with some of his thoughts.

Two local early music groups have announced live outdoor concerts this summer. On Wednesday, July 29, Les Délices will play Boismortier, Lully, and Montéclair on the lawn of Plymouth Church in Shaker Heights (free, but registration required). On August 21, Apollo’s Fire will perform at the Gervasi Vineyard in North Canton, followed by Drive-In, Parking Lot concerts at First Baptist Church in Shaker Hts. on August 22, and St. Noel Church in Willoughby Hills on August 23 (click here for details and tickets). All events will observe physical distancing and require face masks.

The Maltz Performing Arts Center in University Circle has announced a new series of live concerts to be streamed without audiences present. Read the details here.

The Irish Times has published a feature about Jörg Widmann and the Irish Chamber Orchestra, The composer, conductor, and clarinetist, who has been a frequent guest of The Cleveland Orchestra, talks about “lockdown listening, mooching through Munich, and pining for crowds.”

For those who crave coherence in a concert, consistent instrumentation can help. For those who want a sense of progression, starting with shorter or older pieces and moving toward more extended or contemporary works makes for a sound strategy. Those who value both would love the sort of program that Idaho’s Sun Valley Music Festival assembled for its recent program Strings and Mallets on Tuesday, August 4. Although produced under the Sun Valley banner, the performances were recorded remotely in several locations. END_OF_DOCUMENT_TOKEN_TO_BE_REPLACED

END_OF_DOCUMENT_TOKEN_TO_BE_REPLACED

With the vast number of instruments at its disposal — guaranteeing a nearly limitless sound palette — the percussion ensemble might be the most musically versatile of all chamber music groups. Although percussion music has existed since the beginning of time, it was the premiere of Edgar Varèse’s Ionisation in 1933 that thrust the percussion ensemble into contemporary classical music. END_OF_DOCUMENT_TOKEN_TO_BE_REPLACED

To say that the music of Bernard Rands is tinged with Ravel and Debussy doesn’t tell the whole story. In reality, his music extends beyond that into a post-modern, impressionistic world. On the recently-released CD, Rands at Oberlin, the composer’s engaging musical voice is brought to life in stellar performances by Robert Walters of the Concerto for English Horn and Orchestra (2015) and by tenor Magnus Staveland of the Pulitzer prize-winning Canti del Sole (1983). END_OF_DOCUMENT_TOKEN_TO_BE_REPLACED