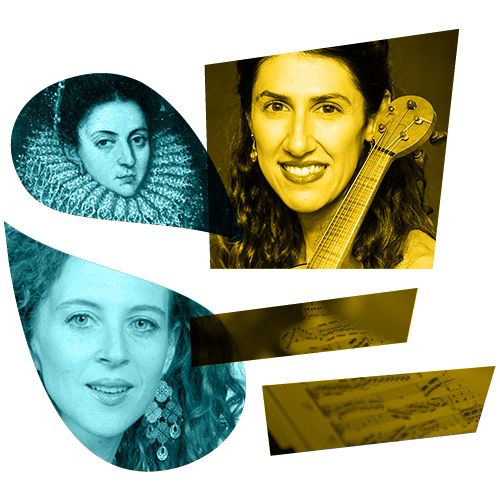 Les Délices continues its SalonEra series with “Jewish Diaspora.” Daphna Mor (recorders, voice, ney) will share how she has incorporated Jewish liturgical music into her performing life and will demonstrate the art of piyut, an oral tradition around ancient Hebrew liturgical texts set to different tunes. And performer/musicologist Elizabeth Weinfield will discuss her research into Leonora Duarte, locating that Jewish converso composer within the broader history of the Jewish Diaspora following the Spanish Inquisition.

The program begins at 7:30 pm and will remain available for 48 hours. It’s free, but a $10 donation is suggested to support the artists — register here.

The focus of that episode is obviously Jewish culture and history. But given the star trio of Mor, Weinfield, and host Debra Nagy, as well as the potent 17th-century music of Duarte, it’s also not a bad way to kick off…

Perhaps the best place to start in recommending events this month is CityMusic Cleveland, which has devoted its entire 2020-21 season — titled “Celebrating Women’s Rights to Vote and Create” — to commemorating the centenary of the 19th Amendment.

Included in the ensemble’s program booklets for every concert this season (here’s one from January) is an excellent overview of the history of women in music. That section concludes thus:

As with women’s suffrage, it has taken far too long for the creative voices of half the world’s population to be properly heard. The progress to overcome that prejudice has been remarkable, but the struggle for all human rights continues.

The writer points out that still, after decades, the Equal Rights Amendment — which states that “Equality of rights under the law shall not be denied or abridged by the United States or by any State on account of sex” — awaits action from Congress in order to be ratified to the Constitution.

CityMusic Cleveland’s recognition of the centenary of the 19th Amendment is therefore both a celebration of how much has been accomplished and how much still remains to be done.

The next program from CityMusic, “New Voices,” includes music by three living composers — Jessie Montgomery, Denise Ondishko, and Elena Ruehr — as well as the Romantic-era figure of Amy Beach. Violinists Susan Britton and Eunho Kim, violist Yael Senemaud-Cohen, and cellist Sophie Benn will share that music in a live stream on March 19, and in-person on March 20 at Shrine Church of St. Stanislaus, both at 7:00 pm.

That makes a nice pairing with Les Délices, which, fittingly as an early music group, will showcase composers from a different era of history. The SalonEra “Women in Music” (March 15 at 7:30) features the works of Maddalena Sirmen, Barbara Strozzi, Isabella Leonarda, Elisabeth Jacquet de la Guerre, and Clara Schumann, with the help of featured guests Byron Schenkman (harpsichord), Shelby Yamin (violin), and Michele Kennedy (soprano).

Moving to their main Concert Series, “Women of Genius” (premiering March 18 at 7:30) will center around female poets, performers, and composers of 17th- and 18th-century France “who not only made their voices heard but exerted a stronger cultural influence than many realize.” Soprano Clara Rottsolk joins the ensemble for this program that includes music by Julie Pinel and Elisabeth Jacquet de la Guerre.

Topping things off is another entry in the SalonEra series. Women’s history is not the main theme of “Medieval Visions” (March 29), but a large part of that program will focus on Christine de Pizan, who championed equal rights for women and challenged misogyny in her writing, “envisioning a feminist utopia” in her famous text The Book of The City of Ladies — written in 1405.

And in the non-musical category, womenshistorymonth.gov can connect you to several online exhibitions on the role of women in American history, courtesy of the Smithsonian Institution, National Museum of American History, National Park Service, Library of Congress, the National Archives, and other institutions. 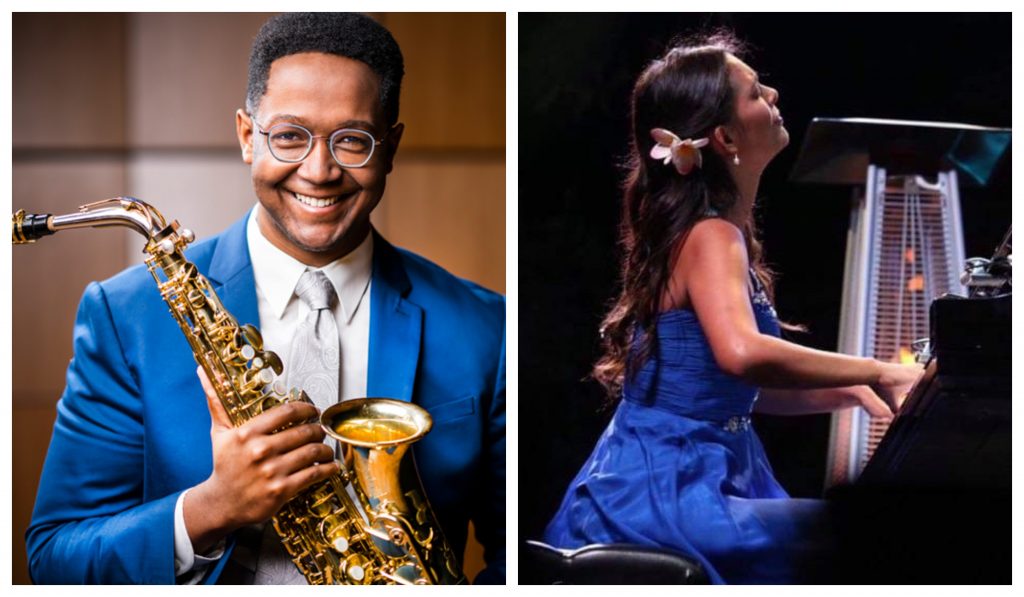 Two artists with Cleveland connections were recently featured in The New York Times. First, among that publication’s classical streaming picks for the month of March is the Young Concert Artists (YCA) debut recital on March 10 by saxophonist and composer Steven Banks. The former Baldwin Wallace Conservatory professor recently previewed his YCA program in an appearance on the Rocky River Chamber Music Society series (read our review here).

And in an article about pianist Mahani Teave — “likely the only professional classical performer” from Rapa Nui, Chile, also known as Easter Island — writer Thomas May makes a passing reference to Northeast Ohio, noting that Teave studied in Berlin and in Cleveland. In fact, she left quite a mark on the area, winning the 2004 Concerto Competition at the Cleveland Institute of Music as a master’s student of Sergei Babayan, and gaining a number of local fans based on both her personality and her playing. That begs the question: who’s booking her to come back and perform?

Sharp has made a name for himself in the avant-garde and experimental scenes of New York City since the late 1970s. The 2014 Guggenheim Fellow has released over 85 recordings in a variety of genres, from contemporary classical to jazz, orchestral, noise, and electronic music. Click here to watch him perform his own partly improvised solo guitar work Momentum Anomaly, which features a number of fascinating sounds just a couple of minutes in.

Karpman, a five-time Emmy-winner, has written music for the concert hall as well as for television, film, video games, and theater. Perhaps her most famous work is Ask Your Mama, a multimedia opera featuring Langston Hughes’ cycle of poems of the same name. It also makes powerful use of Hughes’ own voice. The opera was released as a recording that went on to win two Grammy Awards in 2016, and can be listened to through a playlist on YouTube.

A champion for women in music, in 2014 Karpman co-founded the Alliance for Women Film Composers, and two years later became the first American woman composer to be inducted into the music branch of the Academy of Motion Pictures Arts and Sciences. She is currently serving as the first female governor of that branch.

The cimbalom was the feature of the show, an instrument capable of taking on many personas. Its performer, Chester Englander, has shaped his career around the instrument, and has inspired composers to write more repertoire for it, some of which was presented on the program. END_OF_DOCUMENT_TOKEN_TO_BE_REPLACED

You wouldn’t expect that acoustic from a glance at the nave, which is wide and long, but not especially lofty. But when I guest conducted a local amateur choir and professional orchestra in Beethoven’s Mass in C there a few years back, during the first rehearsal we released the final chord of the “Gloria” and listened in astonishment for the next several seconds. The sound continued to roll down the space like the big wave that surfers dream about. END_OF_DOCUMENT_TOKEN_TO_BE_REPLACED