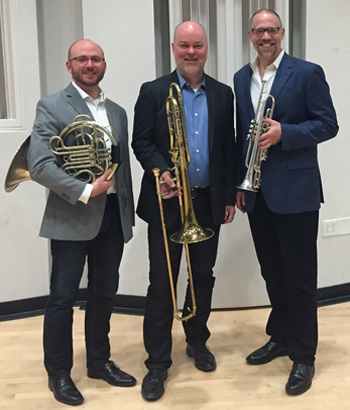 Les Délices’ unique blend of music and conversation, SalonEra, begins its second season tonight online at 7:30 pm with “Bach and Beyond.” What’s on the table? Not only interesting arrangements, but also reconstructions of music Bach theoretically could have made. Read Stephanie Manning’s preview article here.

And 8:00 pm brings the New Music Brass Fest at Cleveland State’s Drinko Hall. The program features performances by the Meridian Arts Ensemble and the Factory Seconds trio (above), including world premieres by Andrew Rindfleisch, Greg D’Alessio, and David Sanford.

ANNOUNCEMENTS IN THE AREA:

Speaking of premieres, three of ‘em can be found on No Exit’s recently-announced, season-opening program, to be performed in person at three venues: Drinko Hall (September 24 at 8:00 pm), SPACES (October 1 at 8:00 pm), and Heights Arts (October 2 at 7:00 pm). Brand-new pieces by Jiří Trtík, Derrik Balogh, and Giuseppe Desiato will sit alongside music by Agata Zubel and Timothy Beyer. See the full program on the ensemble’s website.

After the departure of Marin Alsop from the Baltimore Symphony last month, America faces a depressing reality: there are no female music directors at the country’s 25 largest orchestras. As Javier Hernández writes in The New York Times, “Now a group of women could be on the cusp of breaking barriers” in this male-dominated sphere of music-making.

Among those quoted in the article is Apollo’s Fire artistic director Jeannette Sorrell, who says that she started the ensemble in part due to the bias she encountered as she sought to navigate a more traditional career. A major obstacle: the lack of diversity on boards.

“A lot of orchestras are still led by boards of directors who see their role as the guardians of tradition,” Sorrell says. “That is a very important role for a board, but it’s not the only role.” 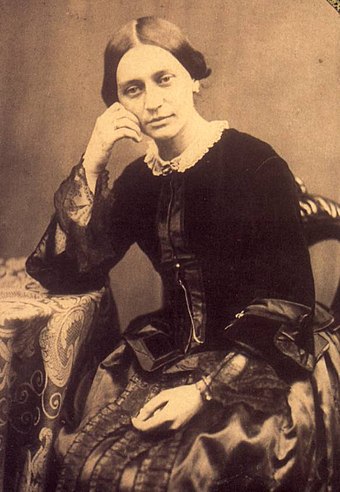 A quick nod to composers Arnold Schoenberg and Robert Ward (a Cleveland-born Pulitzer winner), who were both born on this date in history, and to conductor Leopold Stokowski, who died on it. Today we’ll delve into the life of German pianist and composer Clara Schumann, née Wieck, who was born on September 13, 1819.

It was at the piano where Schumann achieved international stardom during her lifetime, becoming one of the foremost virtuosos of the 19th century. A child prodigy, she was touring Europe by age 11, and a series of recitals in Vienna at age 18 inspired a glowing response from listeners of all varieties:

Audiences, who sold out venues to hear her play. Fellow musicians, including Franz Liszt, who lauded her musicianship in a letter that was later published. At least one leading poet, Franz Grillparzer (though his Clara Wieck und Beethoven is both admiring of her talents and a little cringey with its description of  “the lovely innocent mistress”). State officials, who gave her Austria’s highest musical honor. And critics. As one anonymous pen wrote:

In her creative hands, the most ordinary passage, the most routine motive acquires a significant meaning, a colour, which only those with the most consummate artistry can give. 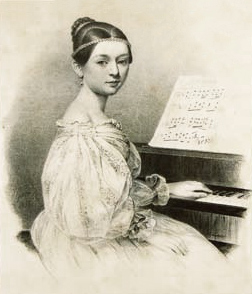 Early on, her father chose her showy repertoire, but later she championed the music of her contemporaries, including Brahms, Mendelssohn, and her husband Robert Schumann. Indeed one of the under-recognized elements of her legacy lies in the art of programming: the shift away from virtuosic displays to serious works.

She also made important and lesser-known contributions to piano pedagogy. An influential professor at Dr. Hoch’s Konservatorium in Frankfurt, where she was the only woman on the faculty, she attracted students from around the world, emphasizing in her teaching such qualities as expression, tone, and the subordination of technique to the composer’s intentions.

Such subordination to a composer’s vision was central to her philosophy about performing. That was a key sticking point later on in her professional relationship with Liszt, who welcomed the spotlight with his emotional, and physical, interpretations.

Another element of hostility between them (part of a larger conflict in that era that has become known as the “War of the Romantics”) lay in disagreements about the direction of composition: the tradition of Beethoven (a camp that generally included herself, her husband, and Brahms) vs. transcending older forms (a desire held by Liszt and Wagner).

Clara Schumann wrote music since her early childhood, thanks in part to the broad musical education provided by her exacting father: daily, hour-long lessons covering a range of topics, from piano and composition to violin, voice, and theory. Her early programming, as was customary at the time, included her own works, and as Nancy Reich wrote in her 1985 biography Clara Schumann: The Artist and the Woman, she “astonished audiences as much by her compositions as by her playing.”

Her output was relatively small, since she mostly stopped composing at age 37 after her husband’s death. Even before that point, composition was at times crowded out by other responsibilities. As Robert Schumann wrote,

Clara has composed a series of small pieces, which show a musical and tender ingenuity such as she has never attained before. But…she cannot work at it regularly, and I am often disturbed to think how many profound ideas are lost…

Long neglected, her music has seen a much-deserved spike in programming and recording in recent years. A great place to immerse yourself in it is the 2019 debut album of British pianist Isata Kanneh-Mason, Romance, entirely devoted to music by Clara Schumann. 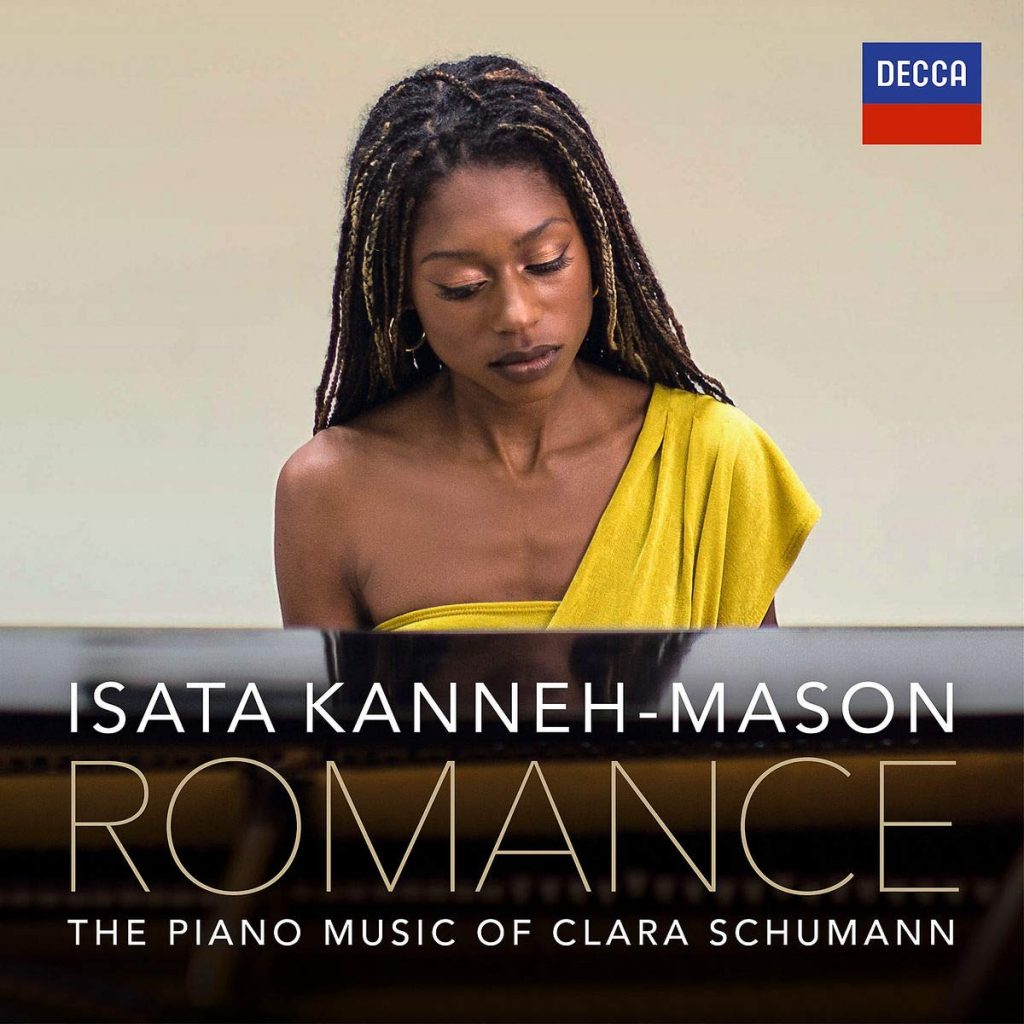 Listen to the full album on Spotify, and watch Kanneh-Mason perform a favorite of hers — the Scherzo No. 2 in c — on YouTube.