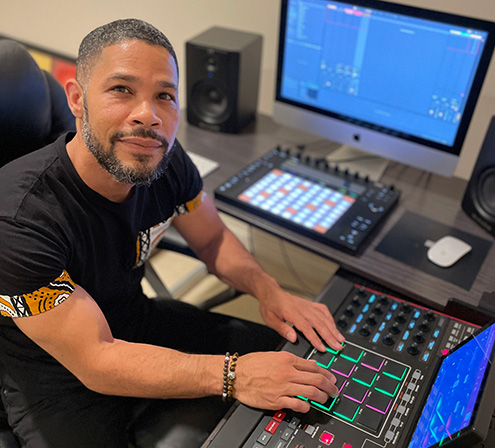 •Almanac: from France to Mexico, François Couperin to Salvador Contreras

At 7:30 pm in Akron’s First United Methodist Church, Apollo’s Fire will give the first of four performances of “Storms and Tempests.” The forces of nature present themselves in works such as Vivaldi’s concerto Tempesta di Mare (“Storm at Sea”) featuring violinist Alan Choo, Marais’ tempest scene from Alcione, and arias sung by soprano Amanda Forsythe. Tickets are available online.

Also at 7:30, Youngstown-based singer-songwriter Candace Campana will bring her blend of country and pop to the Canton Symphony and its genre-blending Divergent Sounds series. Get tickets here.

An article from Case Western shines a spotlight on Rafique Illyas-Watson — a graduate student in historical musicology and a composer of electronic music — who has recently had two documentary film scores featured in local festivals.

Make Your Mark, which was screened at the Greater Cleveland Urban Film Festival, is about visual artists working with teens to paint a mural on East 130th Street during the pandemic (watch it on YouTube). And The House Next Door, which premiered at the Chagrin Documentary Film Festival, focuses on the effects of the foreclosure crisis on Cleveland (watch a trailer here).

The article also focuses on the importance of hip-hop to Illyas-Watson, who leaned on his knowledge of the genre when he was learning to write electronic music. “As a musicologist, I want to be in a position after graduation for my work to still be impactful for the hip-hop community,” he said. “It’s where I was developed and I already owe my career to them.”

Today we begin in France and end in Mexico.

Born in Paris in 1668, François Couperin was part of a musical dynasty that included both composers and performers. As organist at the Church of Saint-Gervais in Paris, he followed in the footsteps of his father Charles and his uncle Louis, the 2nd-most-famous Couperin after our very own François (or shall we call him Franny?)

Franny also played the harpsichordist, and it is his works for that instrument that have made him most famous. His four collections of solo harpsichord music, numbering over 230 pieces, have been admired by and provided inspiration to such figures as J.S. Bach, Brahms, Ravel, and Thomas Adès.

Les Barricades Mystérieuses is one of the most popular pieces from those suites. For something a little different, listen to a version arranged for harpsichord and lute here, performed here by Jean Rondeau and Thomas Dunford. 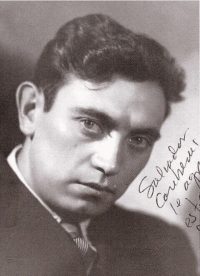 On to Mexico. Born in 1912 in Cuerámaro in the state of Guanajuato, Salvador Contreras went on to the National Conservatory of Music in Mexico City, where he and three schoolmates — Daniel Ayala, José Pablo Moncayo, and Blas Galindo — enrolled in a composition class taught by the forward-thinking Carlos Chávez.

When that class was dropped from the curriculum, the four composers formed the Grupo de Jóvenes Compositores (“Group of Young Composers”) almost as a show of protest, giving their first concert in 1935. Fortunately a journalist reviewing the concert came up with a snappier name: Grupo de los Cuatro, in the same vein as the Russian “Mighty Five” and the French Les Six.

Before turning to serialism in the mid-1960s — a decision that didn’t appeal to all of his fans — Contreras wrote in a unique brand of neoclassicism with an emphasis on counterpoint. A great example is the early String Quartet No. 2 (1936). You can follow along with the score while you listen to a performance by the Cuarteto Latinoamericano here.

Supported by engagingly, yet simple staging by Cara Consilvio, a well-prepared cast of singers told the archetypal story of Cinderella with charm and flair. Framing the production was  a sparse but colorful set and wonderful lighting by Dave Brooks. END_OF_DOCUMENT_TOKEN_TO_BE_REPLACED

END_OF_DOCUMENT_TOKEN_TO_BE_REPLACED

The music isn’t easy to play, either. Over the course of two hours, all of the musicians brought fantastic focus to the unrelenting tricky rhythms and countless layers of parts, all of which require a high level of individual responsibility. Even in the moments of calm, the accompaniment remains perpetually unsettled. Adams — who made a sprightly presence on the podium — combines minimalist, repeating motives in gradual layers, which eventually become so dense they overwhelm the senses. Lisa Wong deserves special mention for her thorough preparation of the Cleveland Orchestra Chorus, as does Jennifer Rozsa for the Children’s Chorus, which made a brief but memorable appearance in the last few minutes. END_OF_DOCUMENT_TOKEN_TO_BE_REPLACED