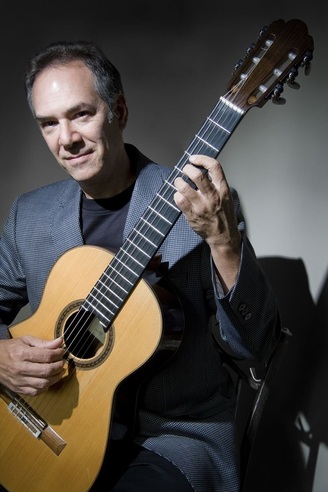 •Les Délices is looking for an Executive Director

There are two options, both at 7:30 pm. You can hear the music of ABBA in Canton, where the Canton Symphony will be joined by Jeans n’ Classics, an ensemble dedicated to bringing rock music to orchestras. Purchase tickets here.

Or you can head to Oberlin, where guitarist Stephen Aron will play music by John Dowland, Federico Moreno Torroba, Frédéric Chopin, Antonio Lauro, and Aron himself in Kulas Hall as part of the Conservatory’s faculty recital series. It’s free.

The New Music Initiative for Black Voices has extended its deadline until September 30. Black composers who are not under professional management are invited to submit their original string quartets, which will be evaluated by students at the McDuffie Center for Strings in Macon, Georgia. Apply for free here.

And Tri-C JazzFest has shared the latest webinar in the free Emmet’s Place Education series from pianist Emmet Cohen. This one features jazz saxophonist, woodwind doubler, composer, and educator Alexa Tarantino. Watch here, and browse all the offerings dating back to December 2021. 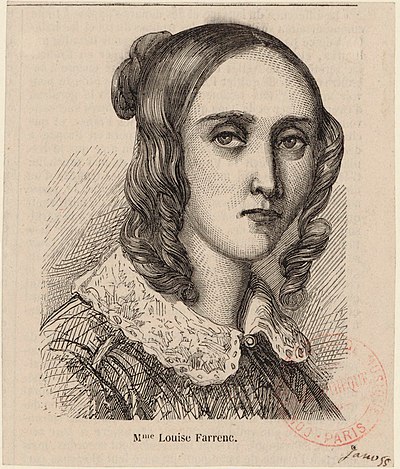 After highlighting Clara Schumann earlier this week, we now turn to another female pianist-composer of the 19th century: Louise Dumont Farrenc, who died on this date in Paris in 1875.

As a composer, it was in chamber music where she left her strongest legacy. Her two piano quintets, Op. 30 and 31, were especially renowned, and she won the Académie des Beaux-Arts’ Chartier Prize twice.

Her chamber music even played an important role in helping her beat the gender pay gap. Despite being known as an excellent teacher, one of the best in Europe, she was paid less than her male colleagues — that is, until the triumphant premiere of her 1849 Nonet in E-flat, Op. 38, when she was finally granted equal pay.

One hundred and seventy-three years later, women still earn 17% less than men, according to the Harvard Business Review.

END_OF_DOCUMENT_TOKEN_TO_BE_REPLACED

The strings-only work by Berg has made relatively frequent appearances on the Orchestra’s programs. In 2021, the musicians recorded it for the In Focus series, and it appeared again on last year’s European tour. Friday’s rendition maintained the group’s characteristic light and effortless playing, each section blending as much as possible to echo the work’s original form as a string quartet. At fifteen minutes total, the piece is quite short, but the dense encoded musical meanings require some extra-attentive listening. Splitting up the three movements ensured that each one could be appreciated on its own. END_OF_DOCUMENT_TOKEN_TO_BE_REPLACED