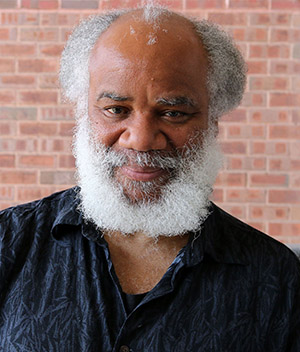 The Knight Foundation has announced its 2021 Arts Challenge, an open call for artists and arts organizations in Akron, Detroit and Miami to submit their best ideas for creating works that connect people to their communities and to each other. Answer this question in 150 words or less: “What is your best idea for the arts in either Akron, Detroit, or Miami?” The winners, to be announced in the fall, will share up to $5 million across the three cities. More information here.

Cleveland Chamber Choir has won the top prize at the World Youth and Children Choral Artists’ Association World Choir Festival.  The “Choir of the World Award” was presented to the top performing group in an online festival that included almost 200 international choirs and was judged by 50 international jury members. The ensemble’s performance of Andrew Rindfleisch’s I Sing To Use The Waiting and Linda Kachelmeier’s O Vos Omnes also earned the award for “Most Musically Moving Performance,” and Artistic Director Scott MacPherson was designated as an “Outstanding Conductor.”

Jeanne Lamon, founder and longtime artistic director of Tafelmusik, the Toronto Baroque orchestra, has died at the age of 71. Read a Toronto Star article here.

Today’s debuts on the world stage include English tenor Sir Peter Pears (born in Farnham in 1910), and Cleveland composer Jeffrey Mumford (born in Washington, D.C. in 1955), and finales on this date in history include French composer Darius Milhaud (who died in Geneva in 1974). Now that it’s summer, I’ll trim my suggested listening list to one item for each honoree.

Pears was the life partner of composer Benjamin Briten, and their musical collaborations included Pears’ wonderful choices of texts set brilliantly by Britten and often performed by the two with Britten at the piano. One of Britten’s most superb song cycles is the Serenade for Tenor, Horn, and Strings, performed here by Pears, hornist Dennis Brain (playing natural horn in the Prologue and Epilogue), and the BBC Symphony Orchestra led by John Hollingsworth. The playlist with start times:

Milhaud was also prolific, and some will remember attending summertime performances of his operas at the Central City Opera House in Colorado with the composer in attendance. Here’s a strange little “Visit With Darius Milhaud” documentary, much of it in French, that “shows him with former student Dave Brubeck in an informal jazz session at his home and watches Milhaud compose a sonatina for violin and cello.” There are also some highlights of his sonatinas and operas.

And now that people are contemplating travel again, if Philadelphia is on your road trip itinerary, you might consider visiting the Grand Court of the former John Wanamaker department store (now Macy’s) in City Center, where the world’s largest operational pipe organ was first played on this date in 1911. Its curious story is woven into this guided tour (there’s a second part, too!) 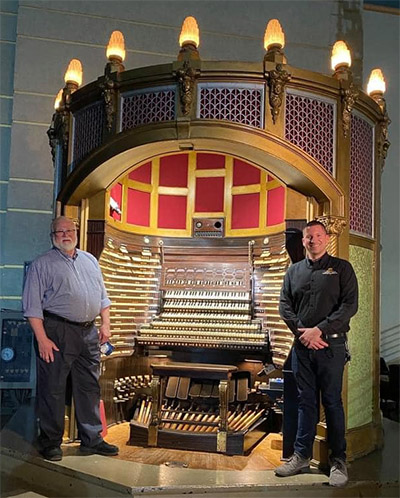 If it were all in working order, you could hear the largest pipe organ in the world not far away in Boardwalk Hall in Atlantic City, N.J. It’s being gradually restored and is worth a visit. Here’s a performance by John Wanamaker organist Peter Richard Conte, who knows his way around such outrageous instruments. The seven-manual console alone is a daunting prospect (pictured here on a recent visit by Organ Clearing House CEO John Bishop, left, and curator Nathan Bryson).

END_OF_DOCUMENT_TOKEN_TO_BE_REPLACED

What was that strange din coming over the live feed from Ludwig Recital Hall on Friday evening, July 23, as the Miami String Quartet filed onstage to play the third faculty recital of the Kent Blossom Music Festival? Accustomed as we were during the pandemic ban on live audiences to hearing the sound of no hands clapping, it was both startling and thrilling to witness a large crowd putting their hands together to welcome one of the Festival’s perennial favorites back for an in-person performance. END_OF_DOCUMENT_TOKEN_TO_BE_REPLACED

Practical reasons aside, there aren’t many ensembles who can put together an all-Mozart evening as elegantly as The Cleveland Orchestra. END_OF_DOCUMENT_TOKEN_TO_BE_REPLACED