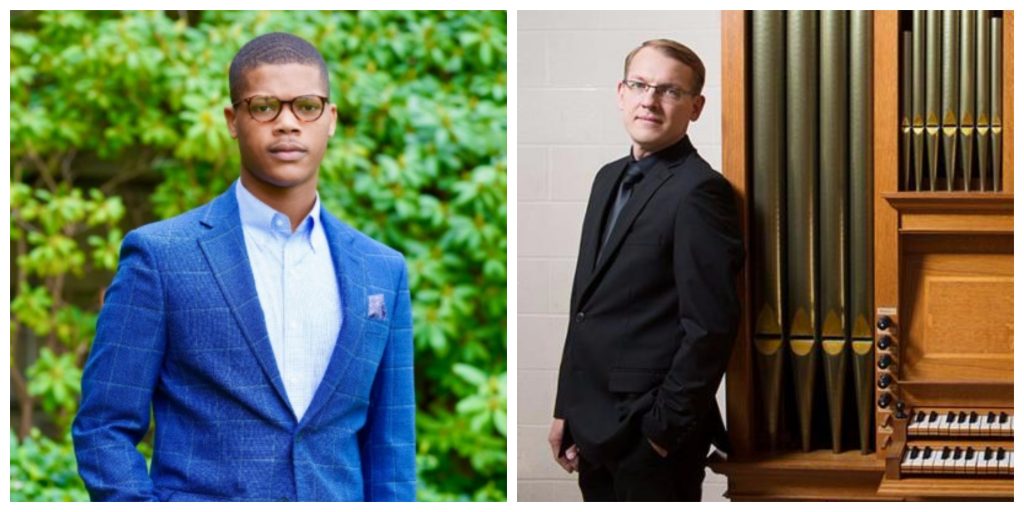 •Happening today: two organists help the Church of the Covenant conclude the season for the Tuesday Noon series, and the Lev Aronson Cello Festival pairs music with film

Organists Jonathan Moyer and Daesean Lawson are the featured performers on today’s Tuesday Noon concert at Church of the Covenant — the last one of the season. Lawson will play Fela Sowande’s arrangement of the spiritual Go Down, Moses, and Moyer will follow with works by J.S. Bach, Prokofiev, and Herbert Howells. Watch in person or online.

And the Lev Aronson Cello Festival continues with a recital that doubles as a screening. LA Philharmonic associate principal cellist Ben Hong will be joined by pianist Frank Huang in a selection of works to be announced. Then, Festival board chair Ty Kim will present two films: one about Hong, the other about Dallas Opera Orchestra principal cello Mitchell Maxwell.

Head to our Concert Listings for links, tickets, and details. 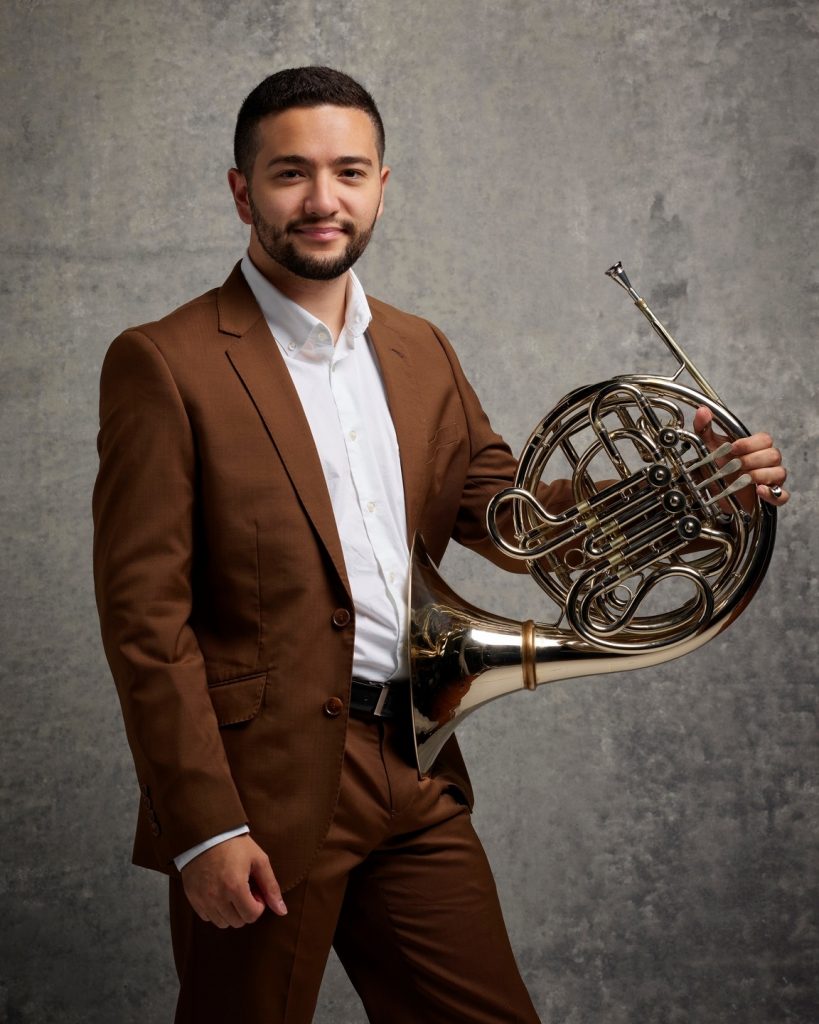 In The New York Times, Joshua Barone profiles Cleveland Orchestra principal horn Nathaniel Silberschlag, who at 23 is already a tenured member of the orchestra. Among those quoted in the article are the hornist himself, his former teacher Julie Landsman, and Franz Welser-Möst, who says of Silberschlag, “The potential with him is to become a real legend.”

…is themed around princes.

We begin with Prince Rogers Nelson, who was born on this date in 1958 in Minneapolis. Celebrate Prince with a selection of live recordings collected by David Remnick for The New Yorker, including a memorable tribute to George Harrison in 2004, and the 2007 Super Bowl halftime show, which ended — in the pouring rain — with Purple Rain.

Or if you’re looking for a classical music critic’s take on the artist, check out this short blog entry from Alex Ross, excerpted below:

The show I saw at Madison Square Garden in 2004…was one of the most staggering live performances I’ve ever seen, in any medium. It was a feast of lusty precision, and the sense of authority emanating from the man in the middle was almost frightening…Prince was, above all, a profoundly musical being whose most startling displays of virtuosity never lost sight of the fundamental harmonic landscape of a song…

“Prince of the podium” would make for nice alliteration to describe longtime Cleveland Orchestra music director George Szell (born on this date in 1897), but his style of leadership was more that of a king — and a very successful one. As Wilma Salisbury wrote in 1978, when Szell received a posthumous award from the Cleveland Arts Prize,

A commanding authority figure and one of the 20th century’s greatest conductors, he quickly fired musicians who did not meet his high artistic standards, hired replacements who fit his concept of a homogenous ensemble, taught players to listen to one another like members of a string quartet and established uncompromising rehearsal techniques that required precise attention to details of phrasing, articulation, rhythm, balance and dynamics. His drive for perfection paid off. By the time the orchestra made its European debut tour in 1957, Szell had transformed it from an excellent regional ensemble to one of the finest orchestras in the world.

Here’s a recording that reflects those impressive qualities while still staying true to today’s theme: Szell leads The Cleveland Orchestra in the Introduction to the “Polevetsian Dances” from…Prince Igor.

We’ll close with violinist and conductor Jaime Laredo, who turns 81 today. Laredo moved from his native Bolivia to the U.S. at the age of seven, and five years later came to Northeast Ohio to study with then-Cleveland Orchestra concertmaster Joseph Gingold. Among the awards and positions making up his long and multifaceted career, he currently teaches at the Cleveland Institute of Music and serves as Music Director of the Vermont Symphony Orchestra.

In the realm of his solo and chamber music output, we’ll highlight the 2014 album Two x Four, featuring both Laredo and violinist Jennifer Koh, his colleague and former student. That project spanned four double concertos, including two new commissions. One of those? A Grammy-nominated work by Anna Clyne titled…Prince of Clouds.

Jackson began the program with a recitation of Langston Hughes’ poem “Helen Keller” — the first of five poems by Hughes that served as interludes between each piece on the first half. END_OF_DOCUMENT_TOKEN_TO_BE_REPLACED

Pianos with pins and tape on strings, a bass drum and tam tam, crotales, Almglocken, and vibes. Microphones were hooked up all around the instruments. The feed was sent to speakers around the room. Lighting designer Nicholas Houfek hung incandescent globes over the arrangement of instruments from thin black wires stretching across the beams. END_OF_DOCUMENT_TOKEN_TO_BE_REPLACED

From the podium, Elim Chan set an ambitious tone for the evening. The rising star conductor, here in her Cleveland Orchestra debut, has a commanding style, and every twist and turn in Saturday’s performance tracked closely with her baton. END_OF_DOCUMENT_TOKEN_TO_BE_REPLACED