At 7:30 pm, you have the choice between two premiere string ensembles with roots in Northeast Ohio, performing on two of the area’s premiere concert series.

Over at Plymouth Church under the banner of the Cleveland Chamber Music Society, the Jupiter Quartet will play music by Charles Ives, Florence Price, Steven Andrew Taylor, George Walker, and Johannes Brahms. (ClevelandClassical.com’s Daniel Hathaway will give a 6:30 pre-concert lecture.)

And at Warner Concert Hall, the Oberlin Artist Recital Series will present the Baroque string band ACRONYM in a program titled “Dreams of the Wounded Musketeer” exploring “a military trumpeter’s final moments as he relives the swirling music of his childhood.”

Read an article by Daniel Hathaway previewing both concerts here. Get tickets here for CCMS and here for Oberlin.

This date in music history includes the birth of one famous pianist-conductor, and the passing of another. 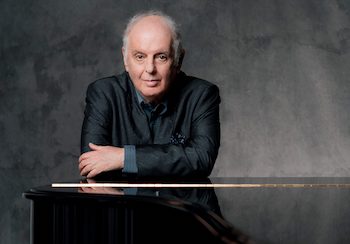 That first figure is Daniel Barenboim, who blows out 80 candles today. That occasion was to have been marked by a series of several concerts, until he revealed in October that he is suffering with a neurological condition and would be “taking a step back from some of my performing activities, especially conducting engagements, for the coming months.”

That announcement came on the same evening he received the Gramophone Lifetime Achievement Award. Fitting for a career that has included music directorships in no short supply (Berlin State Opera, Staatskapelle Berlin, Chicago Symphony, Orchestre de Paris, and La Scala), seven Grammy Awards, and the co-founding of the West–Eastern Divan Orchestra, an ensemble that has been recognized by the United Nations for its aim of promoting understanding between Israelis and Palestinians.

As Barenboim told The Guardian in an interview in 2008, it would not be quite correct to say that the Divan aims to bring peace to the Middle East.

It’s not going to bring peace, whether you play well or not so well. The Divan was conceived as a project against ignorance. A project against the fact that it is absolutely essential for people to get to know the other, to understand what the other thinks and feels, without necessarily agreeing with it.

Watch Barenboim and the Divan give a live performance of Beethoven’s Ninth Symphony here, from 2006. 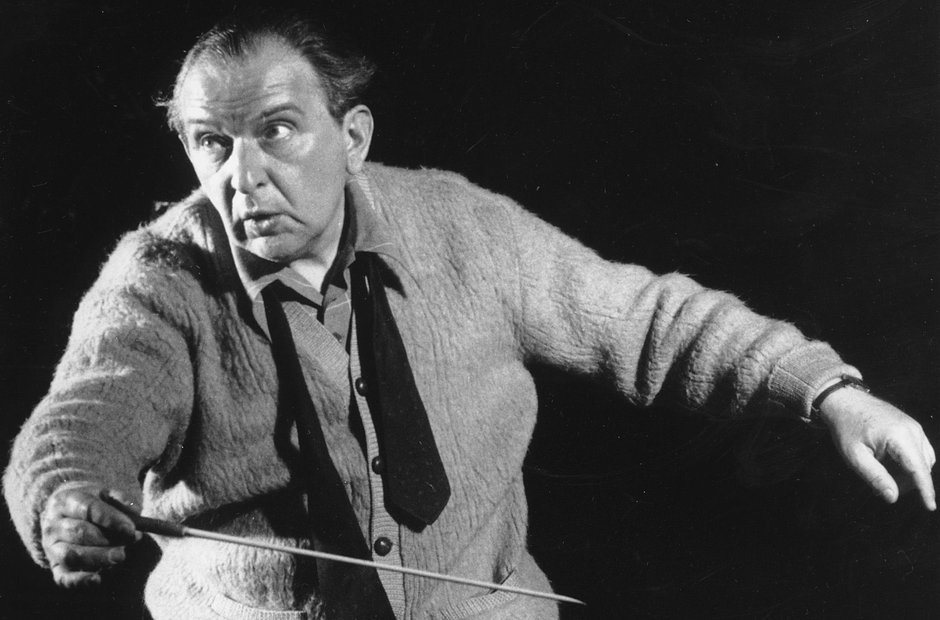 Thirty-four years before Barenboim took the podium as music director of the Chicago Symphony, Fritz Reiner was stepping down from that same position, in 1962 — and he would die on this date the following year, at the age of 74.

Born in Budapest, Reiner studied piano with Bártok at the Franz Liszt Academy, and worked with Richard Strauss during early conducting engagements in Europe. After moving to the U.S. in 1922, he became principal conductor of the Cincinnati Symphony, taught at the Curtis Institute of Music (among his students was Leonard Bernstein), led the Pittsburgh Symphony for a decade, and spent a handful of years as principal conductor at the Metropolitan Opera.

But his ten years in Chicago are considered the height of his career. That included a stamp of approval from Igor Stravinsky, who was not exactly famous for doling out kind words, and who described the orchestra under Reiner as “the most precise and flexible orchestra in the world.”

Listen to that orchestra play Bártok’s Concerto for Orchestra here.

Supported by engagingly, yet simple staging by Cara Consilvio, a well-prepared cast of singers told the archetypal story of Cinderella with charm and flair. Framing the production was  a sparse but colorful set and wonderful lighting by Dave Brooks. END_OF_DOCUMENT_TOKEN_TO_BE_REPLACED

END_OF_DOCUMENT_TOKEN_TO_BE_REPLACED

The music isn’t easy to play, either. Over the course of two hours, all of the musicians brought fantastic focus to the unrelenting tricky rhythms and countless layers of parts, all of which require a high level of individual responsibility. Even in the moments of calm, the accompaniment remains perpetually unsettled. Adams — who made a sprightly presence on the podium — combines minimalist, repeating motives in gradual layers, which eventually become so dense they overwhelm the senses. Lisa Wong deserves special mention for her thorough preparation of the Cleveland Orchestra Chorus, as does Jennifer Rozsa for the Children’s Chorus, which made a brief but memorable appearance in the last few minutes. END_OF_DOCUMENT_TOKEN_TO_BE_REPLACED