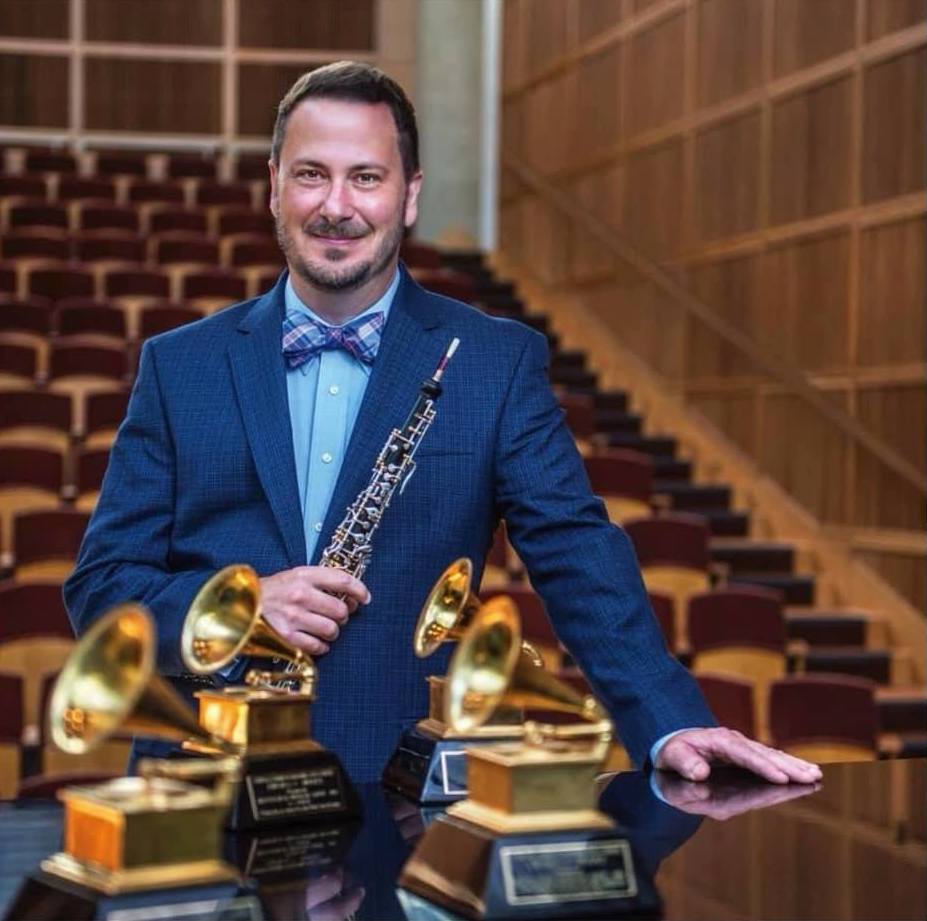 There’s plenty of genre variety on the schedule this afternoon and evening, and you can attend each event either gratis or for a freewill offering.

In a category of its own is the memorial concert for oboist and Grammy-winning producer Thomas C. Moore (pictured) — “Tales of Thom” at the Maltz Performing Arts Center at 7:30 pm. Free tickets are required.

Note that a couple of those events are hybrid, both in-person and streamed. See more details in our Concert Listings.

Earlier this week, we shared the news of The Cleveland Orchestra’s upcoming family concerts. Now we turn to the Canton Symphony, whose SymphonyLand Trio Concert Series will return to in-person performances in the new year. Each concert is programmed around a children’s book, and introduces young people ages 3-6 to a different instrumental family within the orchestra.

The January 8 concerts, taking place at both 10:00 and 11:00 am at Zimmermann Symphony Center, are centered around the strings, and feature the story Crunch, the Shy Dinosaur. Woodwinds will take center stage on February 5, and brass on March 12. Free tickets are available here, and virtual versions will be available about a month after the performances. 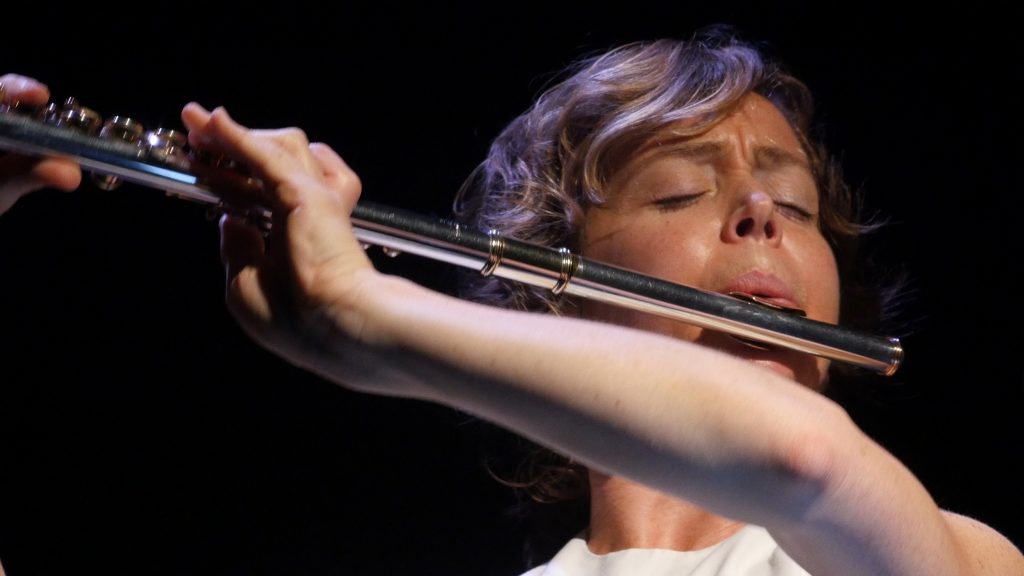 “It was a familiar, comforting sight: the flutist Claire Chase [Oberlin alum and founder of the International Contemporary Ensemble, among many bullet points on her resume], standing atop a scaffold and softly lit, a warmly glowing star in the expansive darkness of the Kitchen’s performance space.”

In The New York Times, Joshua Barone reviews Part VIII of Chase’s Density 2036. The project began in 2013, and each year results in a newly commissioned program of flute music — leading up to 2036, the centennial of Edgard Varèse’s solo work Density 21.5.

On this date in 1938, violinist Joseph Szigeti, conductor Dimitri Mitropoulos, and The Cleveland Orchestra gave the first performance of Ernest Bloch’s Violin Concerto.

Bloch had been appointed the first Musical Director of the Cleveland Institute of Music upon its opening in 1920, at its original location of 3146 Euclid Avenue. (The school’s mission as proclaimed by Bloch: “Musical education, in addition to the thorough study of technique, ought above all else, to develop qualities of appreciation, judgment and taste, and to stimulate understanding and love of music.”)

He served in that post until 1925 before moving on to San Francisco Conservatory (which still holds a copy of his “death mask” as prepared by his daughter and her husband — not creepy at all). But he spent most of the 1930s in his native Switzerland, and only returned to the U.S. in the late ‘30s following the rise of anti-Semitism in Germany and Italy.

Many of Bloch’s works draw on his Jewish heritage, including his famous cello concerto Schelomo: Rhapsodie Hébraïque. And while the composer noted the influence of American Indian songs on the central melodies and motives of the Violin Concerto, he also said that the work portrays “the complex, glowing, agitated soul that I feel vibrating through the Bible.”

Listen here to a live recording from a year after the premiere, featuring Joseph Szigeti himself with the Royal Concertgebouw Orchestra under Willem Mengelberg.

END_OF_DOCUMENT_TOKEN_TO_BE_REPLACED

Supported by engagingly, yet simple staging by Cara Consilvio, a well-prepared cast of singers told the archetypal story of Cinderella with charm and flair. Framing the production was  a sparse but colorful set and wonderful lighting by Dave Brooks. END_OF_DOCUMENT_TOKEN_TO_BE_REPLACED