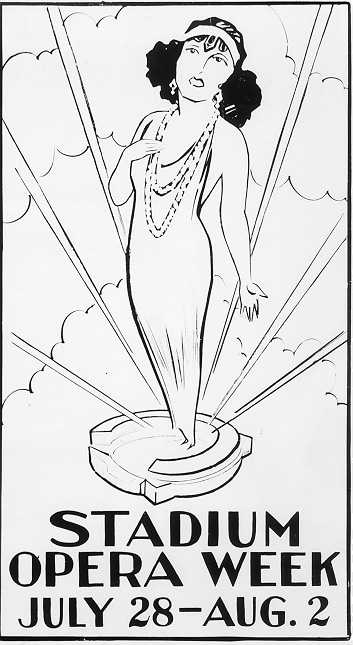 On this date in 1796, Cleaveland was established as a settlement by the surveyors of the Connecticut Land Company and named after their leader, General Moses Cleaveland. (Although Cleaveland supervised the design of what would become our modern downtown, he returned home shortly thereafter and never returned to Ohio.) The name of the settlement was allegedly shortened in 1831 in order to fit on the masthead of The Cleveland Advertiser, and it wasn’t until 1836 that the settlement became incorporated as a city.

Culture took even longer to arrive on the banks of the Cuyahoga River, a history laid out by Cleveland State University professor J. Heywood Alexander in his article in The Encyclopedia of Cleveland History. Jazz began to flourish in the early 20th century (read a parallel article by Joe Mossbrook and Chris Columbi here.)

Fast forward to 2020 to take a tour of the city with Cleveland Orchestra cellist Alan Harrell, who plays Bach in a number of different locations, and follows that up by popping up all over Northeast Ohio in a second video.

And on this date in 1933, soprano Caterina Jarboro appeared in the role of Aïda at the New York Hippodrome, the first Black female opera singer to perform in the United States. A year earlier, Jules Bledsoe made history by singing the role of Amonasro in the same opera, the first Black singer to appear in that role. His performance came in the second and last season of Stadium Opera at Cleveland Municipal Stadium, a series whose first season, sponsored by The Cleveland Press, also saw the premiere of Shirley Graham’s Tom-Tom. Alas, no recordings are available.

For those who crave coherence in a concert, consistent instrumentation can help. For those who want a sense of progression, starting with shorter or older pieces and moving toward more extended or contemporary works makes for a sound strategy. Those who value both would love the sort of program that Idaho’s Sun Valley Music Festival assembled for its recent program Strings and Mallets on Tuesday, August 4. Although produced under the Sun Valley banner, the performances were recorded remotely in several locations. END_OF_DOCUMENT_TOKEN_TO_BE_REPLACED

END_OF_DOCUMENT_TOKEN_TO_BE_REPLACED

With the vast number of instruments at its disposal — guaranteeing a nearly limitless sound palette — the percussion ensemble might be the most musically versatile of all chamber music groups. Although percussion music has existed since the beginning of time, it was the premiere of Edgar Varèse’s Ionisation in 1933 that thrust the percussion ensemble into contemporary classical music. END_OF_DOCUMENT_TOKEN_TO_BE_REPLACED

To say that the music of Bernard Rands is tinged with Ravel and Debussy doesn’t tell the whole story. In reality, his music extends beyond that into a post-modern, impressionistic world. On the recently-released CD, Rands at Oberlin, the composer’s engaging musical voice is brought to life in stellar performances by Robert Walters of the Concerto for English Horn and Orchestra (2015) and by tenor Magnus Staveland of the Pulitzer prize-winning Canti del Sole (1983). END_OF_DOCUMENT_TOKEN_TO_BE_REPLACED