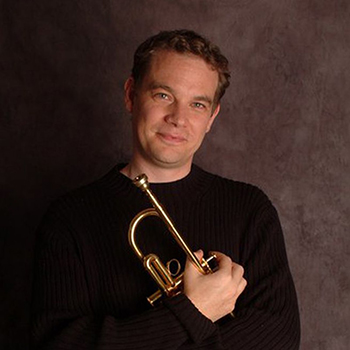 Trumpeter Ryan Anthony, a graduate of the Cleveland Institute of Music who taught at Oberlin, played with Canadian Brass, and became principal trumpet with the Dallas Symphony, died on June 23 at the age of 51 after a courageous, 8-year struggle with multiple myeloma. More information will be available on the website of the organization he founded, Cancer Blows.

Among the multiple tributes that have been posted on social media, friends and fans have recommended his performances of Ennio Morricone’s Gabriel’s Oboe, and the Queen of the Night Aria from Mozart’s The Magic Flute.

In an interview with San Francisco Classical Voice, “dean of African American composers” Adolphus Hailstork, who has just begun A Knee on the Neck, a requiem cantata for George Floyd, talks about his dual heritage as a black musician whose early musical education was provided at the Episcopal Cathedral in Albany, NY. Read the article here.

Tito Muñoz, former Assistant Conductor of The Cleveland Orchestra and now Music Director of the Phoenix Symphony, shares the news that the Opéra Orchestre national Montpellier Occitanie production of Benjamin Britten’s opera A Midsummer Night’s Dream that he conducted is now available for viewing on OperaVision through December.

Tonight, the first of three Wednesday evening WCLV Ovations programs will feature performances from past ChamberFest Cleveland seasons, with a series of Sunday evening broadcasts to follow. Read about the series here.

The Canton Symphony begins its Beyond the Music Series early this evening. In “Ask Matthew Anything: Getting to know the conductor,” hosts MJ Albacete and Rachel Hagemeier go behind the scenes with Assistant Conductor Matthew Jenkins Jaroszewicz and take questions from the online audience.

Also today on WCLV, 104.9 Ideastream, Lunchtime with The Cleveland Orchestra pairs a movement from Brahms’ A German Requiem with Tchaikovsky’s 4th Symphony. Tonight performance from the MET Opera’s HD archives is a 2018 production of Saint-Saëns’ Samson et Dalila. Details in our Concert Listings.

On June 24, 1908, German composer and organist Hugo Distler was born in Nuremberg. His struggle with the Nazis, who declared his modernistic works “degenerate art” contributed to his death by suicide in Berlin in 1942. Click here to watch a performance of Distler’s motet Singet dem Herrn ein neues Lied by the Oberlin Collegium Musicum, Steven Plank, conducting, at a Brownbag Concert at Trinity Cathedral, Cleveland on May 4, 2011.

And on this date in 1935, American minimalist composer Terry Riley was born in Colfax, California. Influenced by jazz and Indian classical music, he maintained a long relationship with the Kronos Quartet. His most famous work is In C, an infinitely adaptable piece that can be played by any number of performers. Click here to watch a performance with over 100 musicians from the Chicago area and beyond organized by Third Coast Percussion at Pritzker Pavilion in downtown Chicago’s Millennium Park in June, 2015.

We begin with the world premiere recording of Okeanos, Bernd Richard Deutsch’s concerto for organ and orchestra, featuring Paul Jacobs as soloist. The title refers not only to the Titan of Greek mythology, but also “to an idea of immense (and sometimes unfathomable) greatness and breadth, which conjures up in my mind the thought of the organ,” as Deutsch writes in his notes. END_OF_DOCUMENT_TOKEN_TO_BE_REPLACED

If you haven’t already warmed up to French Baroque clavecin music, Chicago-based keyboardist Jory Vinikour’s L’Unique: Harpsichord Music of François Couperin should make a strong impression on your musical tastes. The most prominent member of a musical dynasty second only to the German Bachs, François Couperin left a large treasure trove of keyboard works, 234 in all, arranged in 24 suites or Ordres.  END_OF_DOCUMENT_TOKEN_TO_BE_REPLACED

After weeks of watching online streams of archived concerts and ad hoc performances from quarantined musicians’ living rooms and bedrooms, it was thrilling to be able to advertise, preview, and report on two real-time webcasts last Friday and Saturday that embraced high production values and addressed the persistent issue of how to compensate musicians for online services. Saturday afternoon’s joint recital by Colin Davin and Jason Vieaux was sponsored by the Cleveland International Classical Guitar Festival, whose 2020 iteration, scheduled for that weekend at the Cleveland Institute of Music, vanished in the wake of the pandemic. END_OF_DOCUMENT_TOKEN_TO_BE_REPLACED