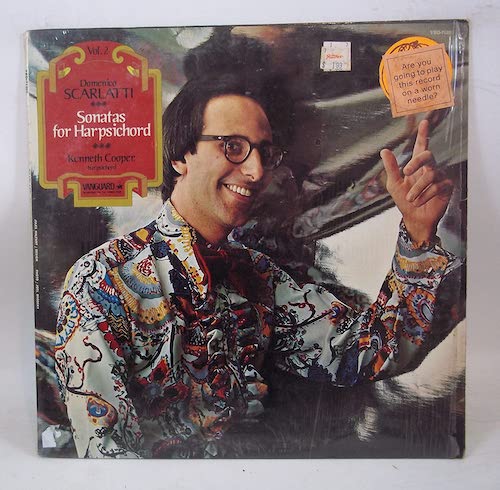 Earlier this month, after suffering a stroke at his apartment in New York City, harpsichordist Kenneth Cooper passed away at age 79. A deeply respected and widely acclaimed musicologist and performer, he was especially known as a brilliant improviser. In an obituary for The New York Times, Anthony Tommasini covers Cooper’s many musical interests and accomplishments, and also shares at least one gem of a quote:

“Oh, I enjoy improvising a lot,” Cooper said in 1977. “I always enjoy making trouble.” That wasn’t an attempt to be outrageous, he added. “I’m trying to give the music the same vividness and impulse that I think Bach or Handel might have given it.”

ClevelandClassical.com’s Daniel Hathaway spoke to Cooper in 2013 before a performance with BlueWater Chamber Orchestra. The questions were specific to the repertoire for that concert, but it’s still very much worth a read, because when Cooper opens his mouth to talk about music, the thoughts and stories he shares are timeless. 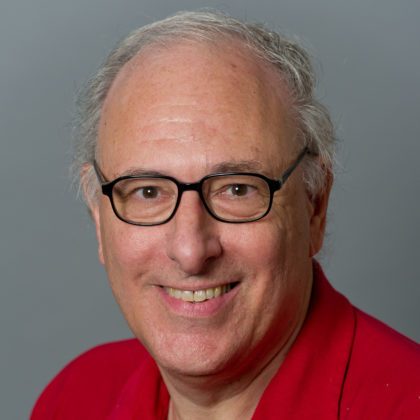 I’m no expert on Cooper’s life and career, but as a graduate student in New York, I did take a course he offered on performance practice. As a teacher, he was extremely kind, and possessed an ocean of knowledge that came through in his lectures and in fun little anecdotes. He always had a grin on his face, especially whenever the topic was improvisation or interpretation. (It’s amazing to compare the smile and the energetic gaze in the two pictures above.) And whenever he took to the harpsichord to demonstrate some concept, you knew you were in for something daring, breathtaking, and so engaging.

With his own excitement, he did his best to get hands raised and mouths moving in what was a quiet class of students, myself included — one of those little regrets that stays with you.

I won’t forget his generosity in inviting myself and two other students to his apartment for a coaching on Schubert’s Shepherd on the Rock. We went over lots of fine points of playing — I remember some slight but very effective rubato he suggested to the pianist — to bring the music to another level, more vivid, more human. R.I.P.

Next season, the company will be staging a rare revival of Anthony Davis’s 1986 opera X: The life and Times of Malcolm X. As new artistic director Yuval Sharon told Joshua Barone for The New York Times, his first interview for that job came not long after the murder of George Floyd. “I thought: This is a moment for change. Casting singers of color is really easy, but my focus has been on composers, librettists, conductors. I’m thinking about this season as a statement of principles, and that’s what I hope for going forward.” Read the article here.

German nobleman Count Ferdinand Waldstein — an early patron of Beethoven — was born on this date in 1762. The perfect way to celebrate is to listen to pianist Caroline Oltmanns’ inspiring performance of the “Waldstein” Sonata, released as part of a pre-recorded program this past Sunday for the Tri-C Classical Piano Series. Watch here, beginning at the 29:20 mark — it’s available until March 29.

And on this day in 1916, Spanish composer Enrique Granados went out in a tragic and dramatic way: on their way back to Spain from the U.S. via ferry, he and his wife drowned in the English Channel after the ship was torpedoed by a German U-boat in the midst of World War I.

Works by Granados have inspired some memorable performances in the area over the past year. Percussionists Andrew Pongracz and Mell Csicsila of Duo Anime played a beautiful duo-marimba arrangement of his Spanish Dance No. 5 in January as part of the Local 4 Tuning In series — it sounds spoiled to say, but too bad that concert was only live-streamed and not recorded.

What was recorded was Martin James Bartlett’s final-round performance in Piano Cleveland’s Virtu(al)oso Piano Competition last August, the last stage of his journey to being awarded First Prize. He takes on “El Amor y la Muerte,” the fifth part of Granados’ Goyescas suite, at the 13:35 mark, cued up for you on YouTube here.

What’s most strange to come across in researching about this date in history are the events that took place just last year — like on March 24, 2020, when it was announced that the Hubei province of China would ease travel restrictions after a lockdown that had lasted nearly two months. One quote from a Times article published that day continues to feel relevant:

Hubei officials, in announcing the lifting of restrictions, acknowledged that normalcy was still not yet at hand.