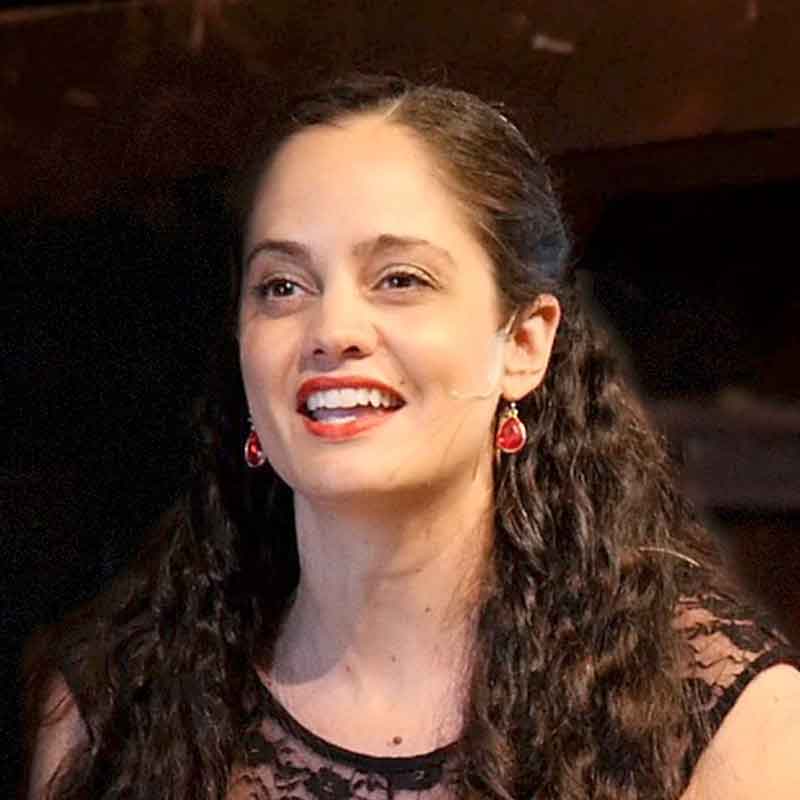 FOR REAL AND ON SCREEN THIS WEEKEND:

ChamberFest Cleveland continues its outdoor series on Saturday at 7 pm at The Grove Amphitheater with “Rambunctious Fun,” including folk songs from around the world arranged by Dave Morgan and Paul Ferguson and sung by Amanda Powell (pictured). Then the festival moves onto the front lawn of a Guilford Rd. property in Cleveland Heights on Sunday morning at 11 for music by Biber, Perkinson, and J.S. Bach.

In-Person events on Sunday afternoon include a 4 pm organ recital by Karel Paukert at St. Paul’s, Cleveland Heights, and an Encore Chamber Music Institute Sunday Discovery Concert, “Sparked by Murakami,” in the Dodero Center at Gilmour Academy in Gates Mills that culminates in Schoenberg’s Verklärte Nacht.

If the humidity or rain showers are sending you indoors, on Saturday you can spend a late afternoon hour with pipa virtuoso WuMan in Boston, join Carnegie Hall for a tribute to the late Chick Corea, and watch performances of Flamenco with choreography by Alice Blumenfeld.

Couch-viewable transmissions on Sunday include the finale of the MET Opera Orchestra’s Spotlight series, keyboardist Peter Sykes on the Music Before 1800 series from New York, the debut of a new work by Cleveland composer Margaret Brouwer by the Pacific Symphony, early duos by Mozart, CPE Bach, Joseph Boulogne, and Beethoven with fortepianist Sylvia Berry, and violinist Daniel Stepner,  from the Aston Magna Music Festival, music celebrating the end of the Thirty Years War in 1648 by the Acronym Ensemble from the Boston Early Music Festival, and “Kronos Festival Kids,”  a collection of short films with music.

Scottish composer and conductor Oliver Knussen was born on this date in 1952. We noted the anniversary of his untimely death on July 8, 2018 in an earlier Diary entry, and linked to the video of an evening at the Royal Academy of Music the following December celebrating his life, as well as to remarks by violinist Leila Josefowicz before her performance of his violin with The Cleveland Orchestra in February, 2020.

Otherwise, this weekend marks the death of British composer John Ireland (June 12, 1962), the birth of Mexican composer and conductor Carlos Chavez (June 13, 1899), and the death of American composer David Diamond (June 13, 2005). Although each of them have been championed by individual conductors, their music awaits wider attention.

Ireland is known for his miniatures, chamber music, songs, and the anthem, Greater Love Hath No Man, composed in 1912 but often sung in Britain to commemorate those who perished in “The Great War.” Click here to hear it sung in a live BBC broadcast from the chapel of St. John’s College, Cambridge, on August 13, 1997. But another piece much loved by Ireland admirers is his Concertino Pastorale, written on the brink of World War II.

The music of Chavez has all but disappeared as Latin American culture has faded from the American consciousness. Listen to his Toccata performed by the Eastman Chamber Percussion Ensemble in Kilbourn Hall at the Eastman School of Music, and to his Sinfonia India led by Gustavo Dudamel — apparently in a football arena.

Diamond began his musical education at the Cleveland Institute of Music before continuing studies at Eastman and with Nadia Boulanger in Paris. Although his eleven symphonies have been performed and recorded by Leonard Bernstein and Gerald Schwarz, they’re far from familiar to the American concertgoer. In this 1990 video, Diamond discusses his symphonies — especially the fifth — with fellow composer John Corigliano. Listen here to the premiere of his Symphony No. 5 by Leonard Bernstein and the New York Philharmonic in April, 1966.

END_OF_DOCUMENT_TOKEN_TO_BE_REPLACED

What was that strange din coming over the live feed from Ludwig Recital Hall on Friday evening, July 23, as the Miami String Quartet filed onstage to play the third faculty recital of the Kent Blossom Music Festival? Accustomed as we were during the pandemic ban on live audiences to hearing the sound of no hands clapping, it was both startling and thrilling to witness a large crowd putting their hands together to welcome one of the Festival’s perennial favorites back for an in-person performance. END_OF_DOCUMENT_TOKEN_TO_BE_REPLACED

Practical reasons aside, there aren’t many ensembles who can put together an all-Mozart evening as elegantly as The Cleveland Orchestra. END_OF_DOCUMENT_TOKEN_TO_BE_REPLACED