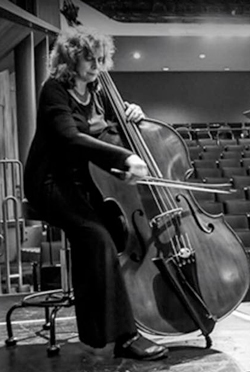 On Sunday, November 19 at 3:00 pm at the Rocky River United Methodist Church, the Disaster Relief Symphony Orchestra, under the direction of Mark Perlman, will present a benefit concert to raise money for hurricane relief and recovery and to commemorate the 500th anniversary of the Protestant Reformation.

The ad hoc ensemble will perform Otto Nicolai’s Ein Feste Burg Overture, J.S. Bach’s Violin Concerto in E with Ken Johnston as soloist, and Felix Mendelssohn’s Symphony No. 5, “Reformation.” A freewill offering to support domestic disaster relief will be taken at the concert. Donations to the United Methodist Committee on Relief can be made online here.

“There are so many people who need assistance right now because of all the hurricanes, we thought we should do something to help,” bassist and concert organizer Ann Gilbert said during a telephone conversation.  Gilbert said she is grateful that so many musicians are willing to donate their time. “We started asking people, and the orchestra came together quickly.”

Gilbert said that enlisting Mark Perlman to conduct the concert has reunited her with a person she first knew when she was a student at the Cleveland Institute of Music. “I was studying with Dave Perlman, who was the principal bass of the Cleveland Orchestra at that time, and his son Mark was in still in high school.” 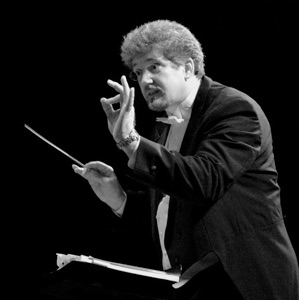 In addition to his positions as Music Director of the Willamette Falls Symphony, the Tualatin Valley Symphony, and founder and conductor of the Oregon Mahler Festival, Mark Perlman is Professor of Philosophy at Western Oregon University, where he teaches classes in Philosophy of Music and Philosophy of Art.

“I played at Mark’s wedding but then we lost touch,” Gilbert said, “then a couple of years ago he contacted me through Facebook. When we finally did get together, he told me he was interested in doing some conducting in Cleveland because his mother still lives here.”

Gilbert said that a friend of hers, Jim Parry, originally suggested planning a concert to commemorate the Protestant Reformation, but last summer when she Jim and Mark got together for lunch they decided they needed to create an event that would also benefit people in need. “Then the hurricanes began to happen,” Gilbert said. “Everything has come together so organically — it’s really quite amazing.”

END_OF_DOCUMENT_TOKEN_TO_BE_REPLACED

A new CD by Christa Rakich, who is currently Visiting Professor of Organ at the Oberlin Conservatory, gives a nod in two directions. As its title announces, it’s an homage to her former teacher and colleague, the late Yuko Hayashi, longtime professor at the New England Conservatory and curator of Boston’s Old West Church Organ Series. It’s also the first recording to be made of Richards, Fowkes & Co.’s Opus 16 instrument, built in 2008 for Goodson Chapel of the Duke Divinity School in Durham, North Carolina. END_OF_DOCUMENT_TOKEN_TO_BE_REPLACED

END_OF_DOCUMENT_TOKEN_TO_BE_REPLACED

Hailed by the New York Times as “The Best Classical Music Ensemble of 2018,” Wet Ink Ensemble has lived up to this acclaim once again with their recent release Glossolalia/Lines on Black. The album takes its name from the two extended works by Wet Ink members Alex Mincek (saxophone) and Sam Pluta (electronics). The remainder of the septet includes Eric Wubbels (piano), Erin Lesser (flutes), Ian Antonio (percussion), Josh Modney (violin), and Kate Soper (voice). END_OF_DOCUMENT_TOKEN_TO_BE_REPLACED

Croatian-born pianist Martina Filjak, now living in Berlin, has released her latest album, Light and Darkness, featuring music by Franz Liszt — plus an epilogue by Arvo Pärt. The disc confirms once again all the special technical and interpretive qualities that won her the gold medal at the Cleveland International Piano Competition in 2009. END_OF_DOCUMENT_TOKEN_TO_BE_REPLACED