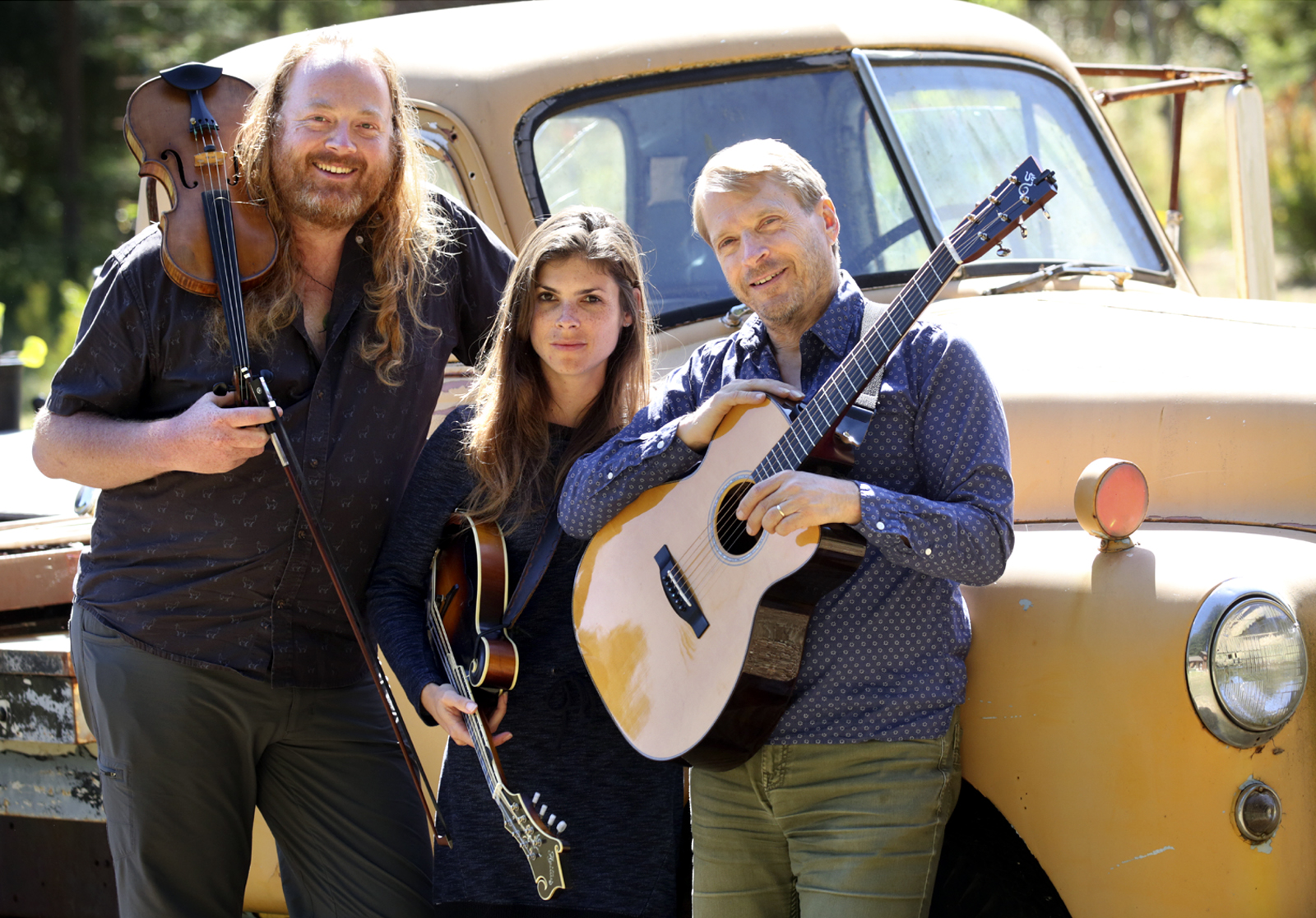 An audio recording does not do Fire & Grace & Ash justice. In their 2019 album, Partita Americana, the trio — Edwin Huizinga, violin, William Coulter, guitar, and Ashley Hoyer, mandolin — brought first-rate musicianship to a melting pot of classical, bluegrass, and folk music. It’s a record that’s impressive enough on its own, but it paled in comparison to the trio’s live, in-person concert on April 30 at St. Malachi Church.

The opening few minutes were the perfect introduction to the range of styles ahead, flowing seamlessly through Bach, the classic folk tune “The Wayfaring Stranger,” and an energetic fiddle piece. The three musicians, who moved naturally as a unit, clearly enjoy making music together, and their mood was infectious. Huizinga’s resonant violin sound filled up the space, while Coulter on guitar was a steady, reliable bass voice. In the face of two louder instruments, Hoyer’s mandolin was sometimes more difficult to hear — but her time to shine came during her piece Two Trees, a sentimental tune that brought her crystal-clear tone to the forefront.

Huizinga and Coulter, who also tour as the duo Fire & Grace, included “Summer” from Vivaldi’s Four Seasons off their latest album, Alma. Facing off as if preparing for a Wild West duel, the two elevated the well-known work by combining fiery passion with rock-solid technique. 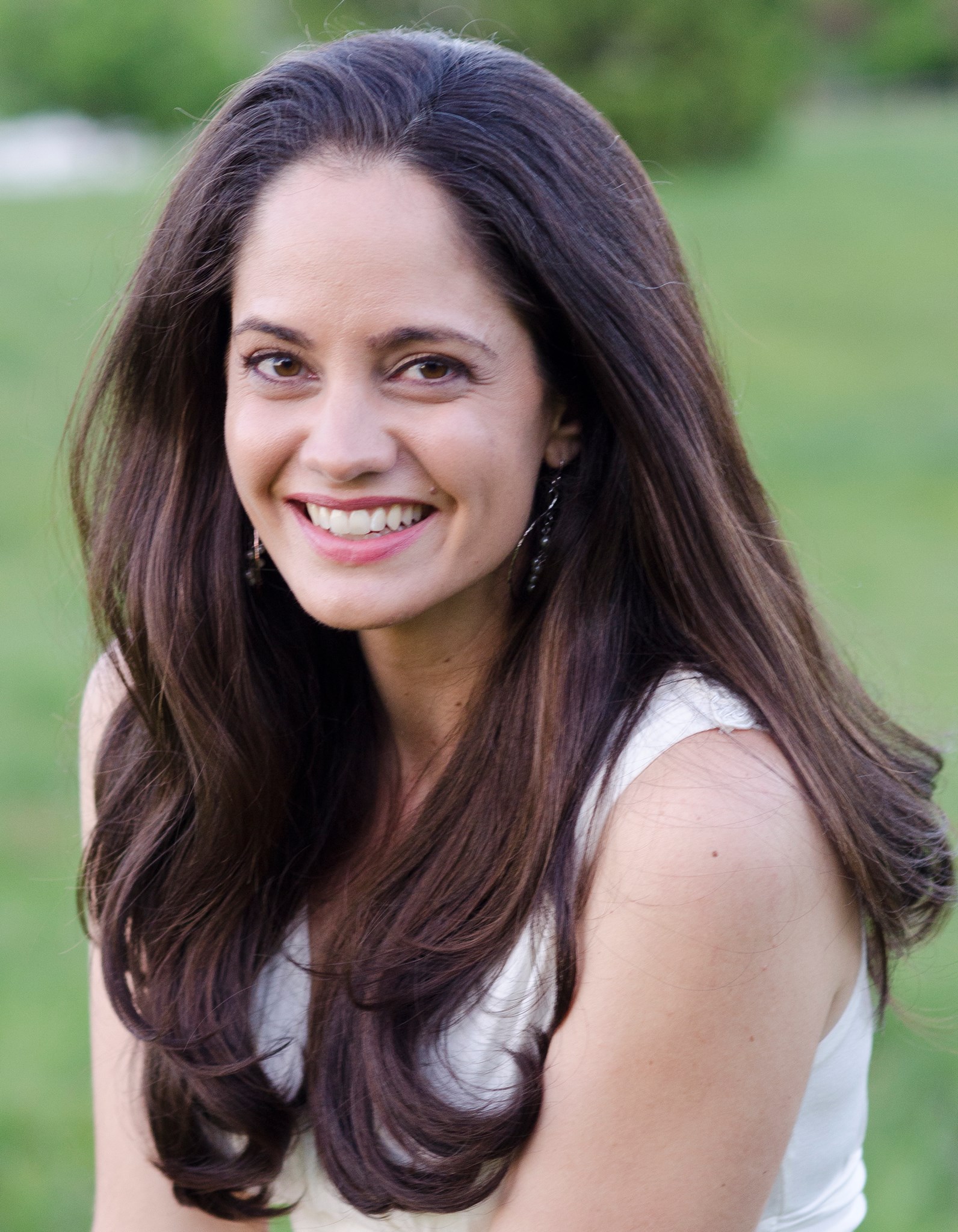 Each of the musicians had a way of drawing the listener in with a single glance and a well-placed phrase — and none more so than soprano Amanda Powell (pictured), who joined the group for several songs throughout the evening. With impressive pitch control and a voice both breathy and forceful in equal measure, she commanded the stage. Her captivating takes on the bittersweet By Way of Sorrow, the mournful yet delicate Beeswing, and the group’s soulful encore The Maple’s Lament made for some of the most memorable moments of the night.

Powell was not the only guest collaborator — Brian Bigley added some welcome Irish flair with his performances on uilleann pipes and flute, blending seamlessly with Huizinga’s violin melodies in two traditional Irish folk tunes and four short tunes from Riverdance. The latter concluded with Bigley getting up from his chair for some Irish stepdance — further proof that the group always knows how to make things entertaining.

The second of the two 45-minute sets was primarily devoted to Partita Americana, the trio’s combination of Bach’s Violin Partita in E Major with a variety of American fiddle tunes. The 30 nonstop minutes of music takes listeners seamlessly between Baroque and folk, and the trio brought an equal amount of musicality to both. Some highlights included the accented triple meter of “Lonesome Moonlight Waltz” and a guitar solo moment in “While We’re Here” — another compositional contribution from Hoyer.

And the final folk tune to cap off the work? Let’s just say that a certain audience member — who enthusiastically called for Orange Blossom Special during the first half — finally got their wish.

Published on ClevelandClassical.com May 6, 2022.

The cimbalom was the feature of the show, an instrument capable of taking on many personas. Its performer, Chester Englander, has shaped his career around the instrument, and has inspired composers to write more repertoire for it, some of which was presented on the program. END_OF_DOCUMENT_TOKEN_TO_BE_REPLACED

You wouldn’t expect that acoustic from a glance at the nave, which is wide and long, but not especially lofty. But when I guest conducted a local amateur choir and professional orchestra in Beethoven’s Mass in C there a few years back, during the first rehearsal we released the final chord of the “Gloria” and listened in astonishment for the next several seconds. The sound continued to roll down the space like the big wave that surfers dream about. END_OF_DOCUMENT_TOKEN_TO_BE_REPLACED