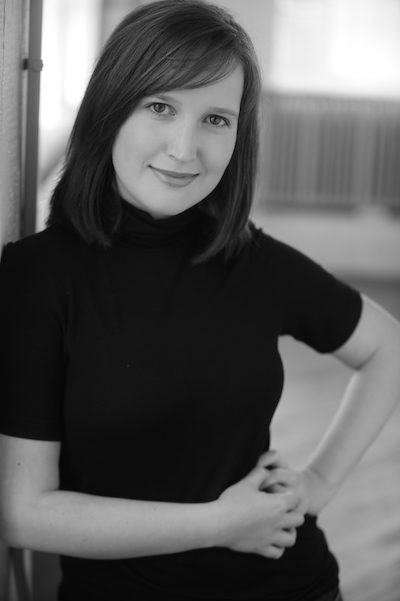 Imagine the thrill of sampling ice cream without being a burden on the person scooping it, and without the sighs of people in line behind you. Now switch out the flavors for different types of music performed by area vocalists, and you have a good idea of the next concert from fp Creative.

“Samples” is in fact the name of the show at Snap House Studios on Thursday, February 20. Designed by guest producer Melanie Emig, the program ranges from Medieval music to hip hop, R&B, folk, global music, blues, soul, contemporary classical, and guided listening — each short performance coming from a different spot around the edges of the room, as the audience sits in the center and takes it all in.

I spoke with Emig to learn more, and began by asking what sparked this idea.

Melanie Emig: I knew that I wanted to do a variety show of sorts and bring together genres that you might not necessarily hear in the same space. When I was in high school, we used to do a similar concert. It was my favorite one of the year. The audience sat in the middle, different acts were placed around them, and there was no clapping in between — it moved seamlessly from one artist to the next.

It was always so exciting and involved a lot of people. I just thought the whole concept was really lovely, and I wanted to kind of update it with a lot of new music by living composers alongside different genres in the same space. I love the idea of somebody coming to the show who maybe is a fan of hip hop but doesn’t like these other genres, or thinks they don’t. And when they hear some other style, they think, maybe I do like that! Or if somebody comes in who listens to world music but not a lot of early music, and then decides to check that out some more — that was my main goal.

Jarrett Hoffman: I imagine that producing this show has felt like putting together a mixtape or a playlist, and it’s always so fun to put those in order. Have you debated about that very much?

ME: I’ve thought a lot about order and the flow of things. It is purposely kind of disjointed, just because of what it is. And part of that is also the space. Some artists are in different ensembles, so it was like a puzzle to figure out a good flow while also making sure that people have time to get where they need to be for the next piece. To me, it’s kind of like a story — there’s a slow build-up, there’s a climax, and then the end.

JH: Tell me about some of those different ensembles.

ME: The first piece is by Amanda Feery, a living Irish composer, and it’s a quartet for female singers. And the second-to-last piece is by another living composer who’s really popular right now in the new music scene, Caroline Shaw. I had given each performer a prompt to present something they feel best represents them as an artist, but in between, I selected pieces about how well we communicate. The Caroline Shaw piece was featured on NPR — it’s about the 24th Amendment and voter suppression. So are we really listening to all of the voices we have available to us?

I would have loved to have more overlap and mixing of genres, like a hip hop artist performing with an early music person, but we only have one rehearsal to get things together. Down the road, eventually.

JH: How have you decided to arrange the audience in the center — all facing out?

ME: I had originally intended for everybody to be facing one way. I kind of like the idea of not being able to see the performer and just hearing them. But once we get into the space, we’ll have a better sense of it. I’m also open to having people just walk around, kind of like an art gallery — we’ve toyed around with that idea.

JH: Tell me about the guided listening section.

ME: We don’t have an intermission, but that’s kind of like our mental break. It’s a piece by Pauline Oliveros with audience participation. She was all about listening, and she advocated deep listening as opposed to just hearing. So the audience is encouraged to listen to their breathing and to each other, and at some point, if they feel so inclined, to make sound with their breath.

JH: We’ve talked about Amanda Feery, Caroline Shaw, and Pauline Oliveros. Are there any other composers or songwriters you want to point out? Or pieces?

ME: Seyu and Case write their own music, which is all amazing, and Liz Bullock, who’s doing rock and blues, will sing one of her original songs for this show as well. We have Hildegard von Bingen, who was a 12th-century nun and a pretty amazing composer. We have Barbara Strozzi, a composer of Baroque music, and one of her contemporaries, Francesca Caccini. And Amanda will be singing some folk music, like La Llorona, a famous Spanish folk song that has been sung forever.

JH: This looks really exciting! Thanks so much for taking the time to talk.

ME: Absolutely, and come on out — February 20th!

END_OF_DOCUMENT_TOKEN_TO_BE_REPLACED

The strings-only work by Berg has made relatively frequent appearances on the Orchestra’s programs. In 2021, the musicians recorded it for the In Focus series, and it appeared again on last year’s European tour. Friday’s rendition maintained the group’s characteristic light and effortless playing, each section blending as much as possible to echo the work’s original form as a string quartet. At fifteen minutes total, the piece is quite short, but the dense encoded musical meanings require some extra-attentive listening. Splitting up the three movements ensured that each one could be appreciated on its own. END_OF_DOCUMENT_TOKEN_TO_BE_REPLACED