When was the last time you attended a performance of Ferruccio Busoni’s Piano Concerto? If your answer is never, you’re not alone. The five-movement work lasts around 70 minutes and is scored for full orchestra and male chorus, making it one of the largest works in the piano concerto canon.

On Thursday, February 7 at 7:30 pm, Garrick Ohlsson will return to the Severance Hall stage for a performance of Busoni’s monumental Concerto with The Cleveland Orchestra under the direction of Alan Gilbert. The evening will also include Haydn’s Symphony No. 100 (“Military”). The program will be repeated on Saturday, February 9 at 8:00 pm. Tickets are available online.

Ohlsson has a long history with this Concerto and with The Cleveland Orchestra — he toured and recorded the piece with Christoph von Dohnányi — but his first introduction to Busoni’s music can be traced back to his teenage years in White Plains, New York. “My first teacher was a student of a Busoni student,” the pianist said by telephone from Boston. “So I grew up knowing about Busoni and his music. By the time I was eleven I was playing some of his pieces.”

The young pianist heard Busoni’s Concerto performed for the first time in 1966 — the same year he won First Prize at the Busoni International Piano Competition. “It was the Busoni centenary, and George Szell brought The Cleveland Orchestra to New York to play the piece with the Italian pianist Pietro Scarpini. My teacher had never heard the Concerto live, and he brought me to the concert.”

Ohlsson said the evening was “uncanny for two reasons” — it was his introduction to the piece, as well as his first time hearing The Cleveland Orchestra live. “On the first half they did one of the small Mozart C-major symphonies. I had never heard, dare I say, any orchestra that good. I was a New York Phil subscriber and had heard a lot of good orchestras, but the moment it started I knew this was something else. The beauty and transparency of the sound, the balance — all the hallmarks that make Szell and the Orchestra what they are. By intermission I was already out of my mind.”

He didn’t know a thing about the Concerto — there were no recordings of it and he had never seen a score — and when it began, he didn’t know quite what to think. “It was gorgeous, and of course the piano comes in and outdoes the Tchaikovsky Concerto in grandiosity, and every other concerto in virtuosity. And for a talented eighteen-year-old pianist, that was quite the ticket.”

Ohlsson’s first opportunity to perform the Concerto did not come until 1981, when he was approached by the director of the Berlin Festival to play the piece with the Düsseldorf Symphony Orchestra and Bernhard Klee. “They all said, ‘We think you’re the pianist for it if you want to learn it.’ I said sure, I’d love to, and I did. Then the Berlin performance fell through, so Bernhard said that if I would like to play it three times in Düsseldorf he’d be happy to have it, so I did. I thought that would be it, and I chalked it up to experience.”

Then, much to the pianist’s surprise, an invitation from Christoph von Dohnányi to perform and record Busoni’s Concerto with The Cleveland Orchestra came in the late 1980s. “When you want to do a piece like this, you don’t have your choice of that many soloists who know it and are available. I can’t say for sure, but I bet Christoph told the artistic staff to cast the net in the sea and find out if anybody plays it, and they found me. I remember him saying, ‘We’re so happy it was you because we’d engage you anyway,’ which feels very good to the artistic ego because it’s a great opportunity that can never happen too many times in your life. So I did that, and since then I’ve gotten to play with The Cleveland Orchestra even more times.” 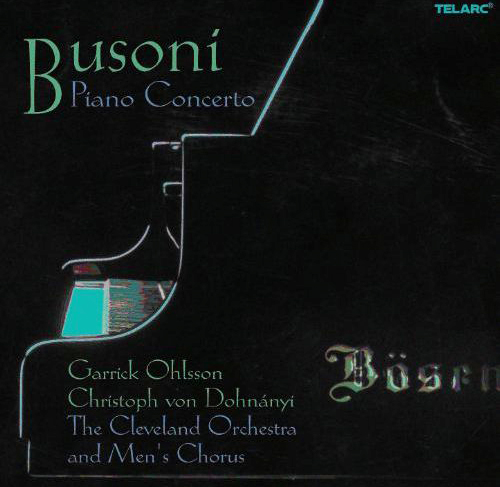 The fact that this week’s performances mark the 30th anniversary of the recording sessions has not gone unnoticed by Ohlsson. “Here’s the funny part: I played it in Cleveland, New York, and Boston, and then we recorded it for Telarc on something like the 4th or 5th of February. None of this is important but it is just so strange. I never imagined that 23 years after I heard it with George Szell that I’d be the soloist at Carnegie Hall, and I never dreamed that 30 years later I’d be playing it again in Cleveland.” Click here to listen to that recording.

During his lifetime, Busoni was a leading teacher, composer, and theorist as well as a great pianist. “People were drawn to him. He was in the middle of musical and artistic society. He taught in all sorts of places including the United States, Finland, and Russia — he was a true internationalist. But one of the problems with Busoni as a composer is that he’s very eclectic in his choice of language. If you see his name on the program, you don’t know if you’re going to have a tonal neoclassical, a completely atonal piece, or an overripe Romantic one like this.” 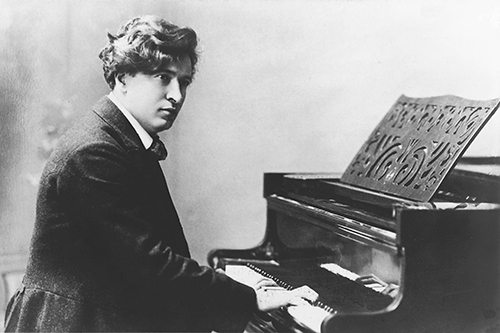 Ohlsson said that Busoni’s heritage is reflected in the Concerto — his father was an Italian clarinetist who would play fantasies on Italian operas while the young Busoni accompanied him, and his mother was a distinguished German from Triste. “So he was both very Germanic and extremely Italian. He had a roaring hot temperament and great intellectualism — he was always searching for depth in music, and this concerto is all about that.”

Ohlsson said that while the Concerto’s first, third, and fifth movements are “serious,” the second and fourth are “riotous.” During the fifth, the male chorus sings words from the final scene of Adam Oehlenschläger’s Aladdin. “Busoni was influenced by the monumentality that was going on with Bruckner, Mahler, and then later with Schoenberg and Stravinsky. Of course, the choral finale is Beethoven’s fault because of his Ninth Symphony.”

While a performance of Busoni’s Piano Concerto is a rarity, Ohlsson said the piece, above all, is fun. “It’s a concerto of maximum difficulty and virtuosity — I’m not sure if it is more virtuosic than Rachmaninoff’s Third Concerto, but it is at least that. It’s all Romantic music — juicy, gorgeous, and exciting. If you like to watch a pianist work really hard and brilliantly, this is the concerto for you. But what will really overwhelm people is just how beautiful it is.”