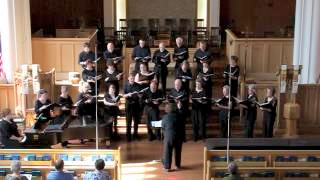 Three area choruses have announced openings for new members and audition details for the 2015-2016 concert season.

Good Company, a mixed chorus “focusing on classical chamber repertoire covering many centuries and composers, numerous languages and many styles,” is planning to present four concerts under the direction of Karen Weaver. The group rehearses on Monday evenings in Lakewood from September through May. To read more about the ensemble and to schedule an audition, visit the Good Company website. 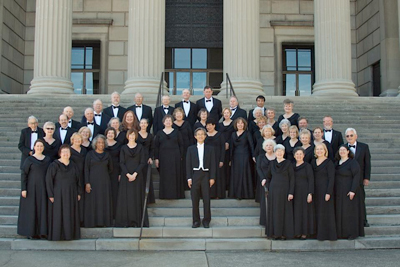 Youngstown’s Stambaugh Chorus, under the direction of Hae-Jong Lee, will kick off its season with a potluck dinner in the ballroom at Stambaugh Auditorium on Tuesday, August 25 at 6:30 pm. The chorus will sing in Opera Western Reserve’s production of Donizetti’s The Elixir of Love in November, join the Dana School of Music’s Carols and Cocoa and the Youngstown Area Community Concert Band holiday concert in December, and present Fauré’s Requiem in April. Rehearsals are held on Tuesday evenings from 7-9 pm in the Stambaugh Ballroom. For membership information, visit the chorus’s website or send an email. 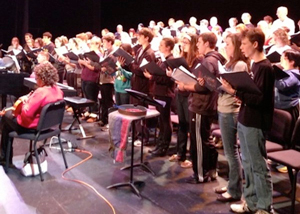 The West Shore Chorale, based in Rocky River and conducted by John Drotleff, will hold auditions for new singers on Tuesday, August 18 by appointment. The chorus rehearses on Tuesday evenings from 7:30 to 9:30 pm in Rocky River, and plans concerts in December, February and May (Haydn’s Creation). If you’d like to take the Chorale for a test drive, come to its Summer Sing on Tuesday, August 4 at 7:30 pm at Rocky River Memorial Hall at the corner of Hilliard Blvd. and Wagar Rd. That night, John Drotleff will lead a sight-sing of Joseph Haydn’s Harmonie Mass, George Frideric Handel’s coronation anthem, Zadok the Priest, and Johann Sebastian Bach’s early cantata, Christ lag in Todesbanden. The chorale will provide scores, and listeners are as welcome as singers. Just show up! (If you’d like to audition, the chorale will be happy to sign you up for a slot on August 18).

Northeast Ohio’s Les Délices has long been that rarest of beasts: a world-class organization so proud of its region (ours) and repertoire (distinct niches in pre-1800 music) that it never tries to be everything to everyone, paradoxically making a strong case for a broad, curious international following. In the December episode of its SalonEra series, the ensemble embraces its strengths and community to marvelous effect. END_OF_DOCUMENT_TOKEN_TO_BE_REPLACED

END_OF_DOCUMENT_TOKEN_TO_BE_REPLACED

Another I remember fondly is Gian Carlo Menotti’s Amahl and the Night Visitors.  Commissioned by NBC, the one act, made-for-television opera, premiered on December 24, 1951, at the network’s studios in New York’s Rockefeller Center. And now, through the wonders of technology, Cleveland Opera Theater has created a magical new production of the work which is available on demand through January 6, 2021 (Three Kings Day). END_OF_DOCUMENT_TOKEN_TO_BE_REPLACED

Jessen has now followed up with her second solo CD, Winter Chapel. Recorded on January 17, 2020 in Oberlin College’s Fairchild Chapel and available on Carrier Records, the album is a continuum in Jessen’s journey to push the musical boundaries of her instrument and herself as an improviser. END_OF_DOCUMENT_TOKEN_TO_BE_REPLACED