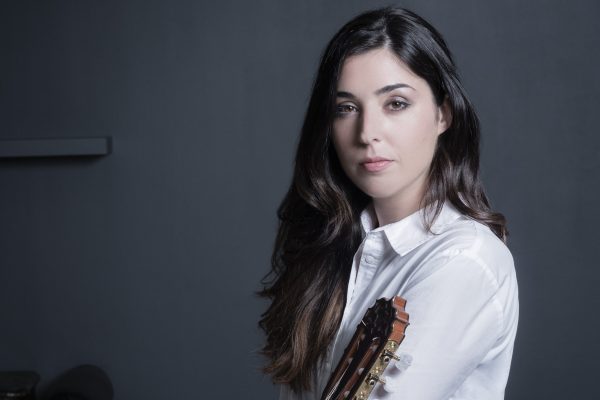 Moving the conversation back to España, we discussed the sound of Spanish guitar. “If you visit Spain, you feel the culture, the people, the landscape — especially in the southern part of Spain,” Caballero said. “I think it has a lot in common with the sound of the guitar, this warm sound. At the same time, the rasgueados and this powerful, energetic music that is really traditional in Spain — I think that matches very well to what the Spanish culture is.”

Describing the instrument itself, a quote from Andrés Segovia popped into her mind: The guitar is a small orchestra. “You can feel the different colors of the instruments — the flutes, violins, oboes, double basses,” she said. “So it’s an instrument that can do many different things based on the colors and the sounds you can produce.” She also noted its adaptability. “You can very easily change the color just by moving your hand a few centimeters, or by having longer or shorter nails.” 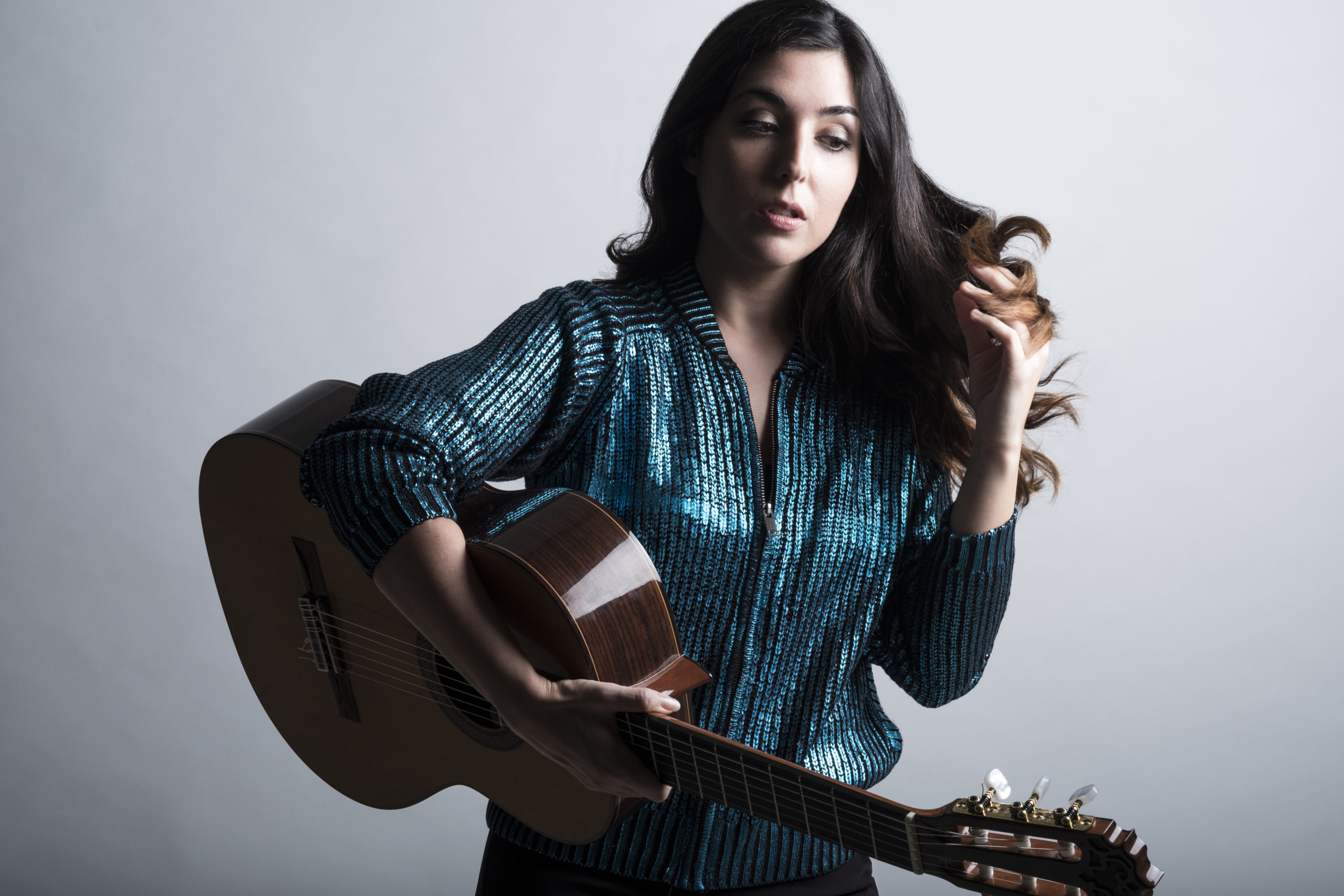 Caballero’s program begins with the Fantasia on Themes from “La Traviata” by Francisco Tárrega, “one of the big names of the Romantic guitar and of Spanish composers,” she said.

From there, the first half progresses with “a very natural evolution of the music of Spanish composers.” She will continue with Joaquín Turina’s Op. 61 Sonata — “a mix of impressionism and Spanish folk music” — followed by three pieces by Manuel de Falla arranged by Joaquín Clerch, her former teacher in Düsseldorf. That set includes excerpts from de Falla’s ballets El amor brujo and El sombrero de tres picos, as well as his opera La vida breve.

“I like that because it shows an expansion of the instrument, like what I was saying before about what the guitar can do — I’m playing pieces for orchestra, on one instrument,” Caballero said.

The second half returns, for a moment, to music written for guitar with three pieces by a composer-performer who was a big name in the concert scene of 20th-century Spain: Regino Sainz de la Maza. One line that would surely figure into his bio: he premiered Joaquín Rodrigo’s famous Concierto de Aranjuez, which was in fact written for him, as Caballero pointed out.

In Saturday’s selections — a zapateado, a petenera, and a rondeña — she noted Sainz de la Maza’s use of traditional rhythms of Spanish culture, “adapted for these pieces from the mid-20th century.”

As for Isaac Albéniz, Caballero laughed as she acknowledged that the composer has basically been adopted by the classical guitar world — though he never wrote for the instrument, many transcriptions of his music are quite popular. She’ll close the program with the Cádiz, Asturias, Cataluña, and Sevilla from his Suite Española, originally for piano.

That makes for an interesting symmetry between the first and second halves of the program. “De Falla and Albéniz are both big names of Spanish music,” Caballero said. “I’m bringing their music to the classical guitar, and combining those two figures with composers who wrote especially for guitar,” she said.

In closing, we moved from the topic of programming to performing, particularly the mental side of it. In an interview last year with Annett Richter for the Minnesota Guitar Society, Caballero discussed training one’s mind in communicating with the body:

We have to educate our mind not to send wrong messages to our hands. When we find a difficult passage, our mind is the first one that creates tension and warns us about an upcoming ‘danger.’ I would say that educating our mind would result in a more relaxed way of playing.

How long has it taken her to absorb that technique? “Years — my whole life, I think,” she told me, laughing. “This is something that I always have in mind — it’s not something that I forget when I’m practicing or when I’m playing concerts, because if you can’t control your hands, they will control you.”

The guitarist shared one example of how she accomplishes that. “I know that some passages are more difficult than others because it takes more time to get them fixed, but I don’t practice them thinking that these notes are sounding wrong,” she said. “I practice them thinking, ‘How do I want this passage to sound the best — how do I want to phrase it?’ If I think in musical ideas, I’m taking the pressure off of the technical part of that passage.

END_OF_DOCUMENT_TOKEN_TO_BE_REPLACED

Supported by engagingly, yet simple staging by Cara Consilvio, a well-prepared cast of singers told the archetypal story of Cinderella with charm and flair. Framing the production was  a sparse but colorful set and wonderful lighting by Dave Brooks. END_OF_DOCUMENT_TOKEN_TO_BE_REPLACED