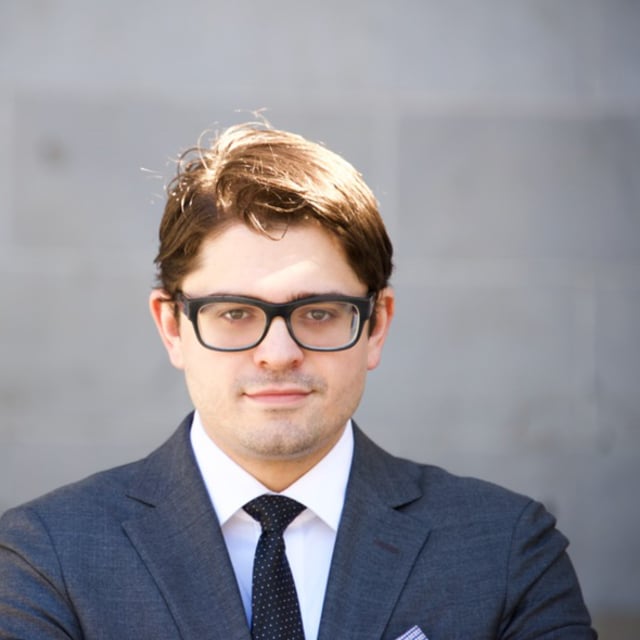 No shame if you’ve never heard of it. It’s a rare — and frankly, beautiful — cross-breeding of trombone and French horn, originally created for the Ring Cycle and generally played by hornists. (Here’s a video of Baltimore Symphony associate principal horn Gabrielle Finck playing a Wagner tuba tune from Bruckner 8.)

Stephen Caudel’s Edel Rhapsody for Wagner tuba will feature Tren Cheshier, who teaches horn at Cleveland State University in addition to holding the principal chair of that section in Heights Chamber Orchestra. The work was his choice, but as Buck told him, “Let’s go for it.”

A second solo piece, Mozart’s Exsultate, Jubilate, will star soprano Angela Mortellaro. “Any opportunity to work with her, you take it,” Buck said. “She’s such a great singer and just a good person, so I said, ‘Anything you want to do, I will happily do.’”

The concert opens with the Overture to Verdi’s La forza del destino and closes with Satie’s Parade. “Everyone knows Satie for the Gymnopédies, but this is a far different side of him,” Buck said. “It’s another one of those crazy, early-20th century meetings of the minds. It was a ballet conceived by Jean Cocteau. Satie did the music, and Picasso did the costumes. It’s a great piece — really funny and really cool at different points. And it’s good for a community orchestra because it gives people who don’t encounter early modernist or early avant-garde rep a chance to play a piece like that.”

Buck called Satie “an unsung hero” of that era. “He was very close with people like Marcel Duchamp and the Dada crowd. And John Cage loved Satie. He kind of gets overlooked for his contribution to the early avant-garde.”

And the Forza del destino Overture? “I mean, there isn’t much that I can say that hasn’t been said, aside from the fact that Verdi is about as good as music gets,” Buck said.

In closing, a little more Cleveland chat: Buck told me he’s enjoyed studying with Carl Topilow at CIM. “He’s a great teacher — really old school, no B.S. He knows what your weaknesses are and will definitely make you address them, but he’s not a jerk about it. He’s a very good human being.”

Next on the docket: conducting the Suburban Symphony in March, and just a couple of months later graduating from CIM. But that won’t be the end of Buck’s time in Cleveland. He plans to stick around for at least another year, which will include more work with Cleveland Opera Theater — and maybe pressing pause a few times to enjoy another local perk.

“After nine years in New York, it’s really nice to live somewhere where I can get in my car, drive ten minutes, and be in the middle of real nature.” Just one qualifier: “There is the added complication of needing to have that extra bit of cash for when something inevitably goes wrong with your car,” he said. “You travel a bit more, but I like it here.”

END_OF_DOCUMENT_TOKEN_TO_BE_REPLACED

Supported by engagingly, yet simple staging by Cara Consilvio, a well-prepared cast of singers told the archetypal story of Cinderella with charm and flair. Framing the production was  a sparse but colorful set and wonderful lighting by Dave Brooks. END_OF_DOCUMENT_TOKEN_TO_BE_REPLACED