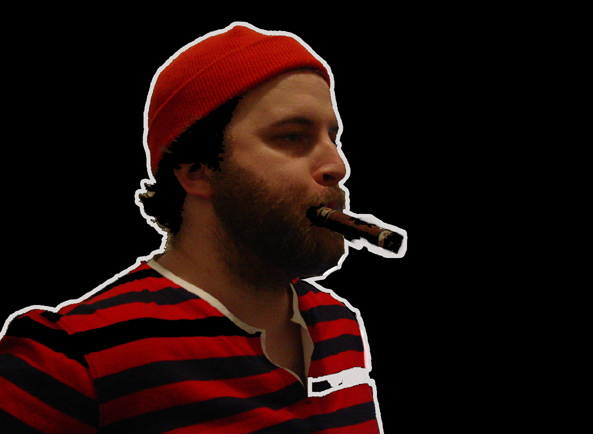 On Friday, September 4 at Baldwin Wallace Conservatory, the creativity of five composers will be tested when they have five hours to write a brand new piece of music in order to win the coveted titled of Iron Composer. Competition director Joe Drew said that this years contestants are all accomplished composers and college-level teachers whose musical styles are quite varied. “We try to select as diverse a group as possible. We are putting on a show, and it wouldn’t work if we had a group of composers who all write in similar styles, or who would all have a similar response to the stimulus of the challenge.”

What is that challenge? On Friday at 9:00 am in the Chamber Hall, the five finalists will be assigned an instrumentation and a secret musical ingredient that must be incorporated into their work. Past challenges have paired piano trio with a Monet painting, pipe organ with 19th-century music boxes, and brass trio with audience participation. After five hours, the composers must submit a score and parts for their finished piece. Their work will be performed and judged during a free public concert at 8 pm in Gamble Auditorium. Following the performance, prizes will be awarded, and the title of Iron Composer will be bestowed.

This year, competition organizers received 205 submissions from composers around the globe. “During the initial vetting I only looked at the musical scores,” Drew pointed out. “This year we had nearly twenty that we ranked very high, and that was when we began to look at the composers’ bios and websites and listen to their other works.”

That makes four women and one man in the 2015 group. “It’s funny because composition is still such a male-dominated field,” Drew said. “But when the initial sort was completed, and I looked at the group of the highest-ranked compositions, I was stunned by how many women there were. And as we began to look closer at their portfolios, it became clear that this would be the year for women.”

What characteristics was Drew looking for during his initial vetting of the compositions? “I’m a score junkie. I will go to the library and read scores like nobody’s business. Looking at scores is very similar to the way you can crack the first page of a book and decide whether to keep reading or not. When you look at the first page of a musical score, you react the same way — you can tell right away how developed someone’s compositional voice is. The scores that I marked as ‘very high’ were the ones that I would love to hear performed live.”

In addition to inviting a diverse group of composers, Drew believes it is equally important to have diverse voices represented on the jury. The 2015 judges include Stephen Hartke, chair of the composition department at Oberlin College, and Dee Perry, host of Applause on WVIZ and long-time WCPN radio personality. The identity of the performer-judge will be revealed on the day of the competition.

“Stephen Hartke will be able to offer remarks from the point of view of an accomplished composer and teacher. The performer-judge will bring a player’s perspective into the mix, and we want the third judge to be a proxy for the audience — someone who is musically literate but is neither a full-time musician nor a composer, and Dee Perry fits that profile perfectly.

How do the organizers spread the word about the competition? “We use a lot of social media, but the best way is through composer opportunity websites like American Composers Forum and Composerssite.com. I think those ones attracted the submissions from around the world. We also send a call for submissions to composition professors. In the early years of the competition we asked them to tell their students about Iron Composer, but we soon started receiving applications from the professors themselves. That’s when we realized we were onto something.”

Drew said he also looks forward to returning to Baldwin Wallace Conservatory, the competition host. “It’s wonderful to be at BW and it’s great to have all of the conservatory students in attendance. Having such a big audience at the concert makes it a lot more fun for the composers.”

In addition to being named Iron Composer, the winner will receive $500 in cash and a $500 commission from Blue Water Chamber Orchestra. The remaining finalists will also receive cash prizes. The concert will be broadcast live on WCLV, 104.9 FM and simulcast on http://wclv.ideastream.org/. On Thursday, September 3 at 5:30 pm in Room K115 at BW’s Kulas Hall, the finalists will discuss their music and careers and meet with the public.

Franz Welser-Möst led the final bows on Saturday night at Severance, like the star of any show should. The Cleveland Orchestra’s music director is in his element presiding over the ensemble’s annual opera production, which this season packs the drama. Verdi’s Otello — in a concert staging that opened May 21 and runs for two more performances (May 26 and 29) — demands big voices, instrumental forces to match, and a conductor who can give it all shape and direction. END_OF_DOCUMENT_TOKEN_TO_BE_REPLACED

The cimbalom was the feature of the show, an instrument capable of taking on many personas. Its performer, Chester Englander, has shaped his career around the instrument, and has inspired composers to write more repertoire for it, some of which was presented on the program. END_OF_DOCUMENT_TOKEN_TO_BE_REPLACED

You wouldn’t expect that acoustic from a glance at the nave, which is wide and long, but not especially lofty. But when I guest conducted a local amateur choir and professional orchestra in Beethoven’s Mass in C there a few years back, during the first rehearsal we released the final chord of the “Gloria” and listened in astonishment for the next several seconds. The sound continued to roll down the space like the big wave that surfers dream about. END_OF_DOCUMENT_TOKEN_TO_BE_REPLACED