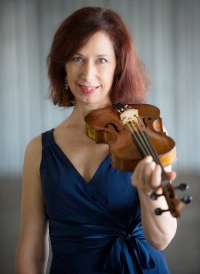 “The sense of discovery is exciting for me,” Baroque violinist Julie Andrijeski said over coffee at her Ohio City home. “I’m so thankful to have received a Creative Workforce Fellowship because it has allowed me to discover many things both artistically and personally.”

On Saturday, November 12 at 7:00 pm at Tregoning & Company Gallery, Julie Andrijeski will give the opening concert of her Wonder Chamber Project, presented as part of her Fellowship.

Andrijeski, who will be joined by harpsichordist Joseph Gascho, gambist Jaap ter Linden, and theorbist Simon Martyn-Ellis, will perform recently discovered music by Austrian composer Johann Heinrich Schmelzer. “My heart lies in the 17th century,” the violinist said. “I love Schmelzer’s music, and very few people know about it. I do feel like I’m bringing my discovery to Cleveland audiences, so there is a sense of wonder both for me and for them.”

In addition to her position as a full-time Lecturer in the Music Department at Case Western Reserve University, from which she is currently on leave, Andrijeski keeps an active performance schedule. She serves as Artistic Director of the Atlanta Baroque Orchestra and holds positions with New York State Baroque, Quicksilver, Apollo’s Fire, Les Délices, the Boston Early Music Festival Orchestra, and The King’s Noyse, as well as making guest appearances with leading early music ensembles around the world.

Andrijeski explained that her project was inspired by 17th-century European Wonder Chambers or Cabinets of Curiosities. “During that period, people were very interested in collecting things from the world around them as well as from other countries and the natural world. Often there would be a stuffed crocodile on the ceiling. My own wonder chamber consists of all of these strange manuscripts that I’ve gathered over the years — mostly during my doctoral work — that have been sitting in my library for decades.” 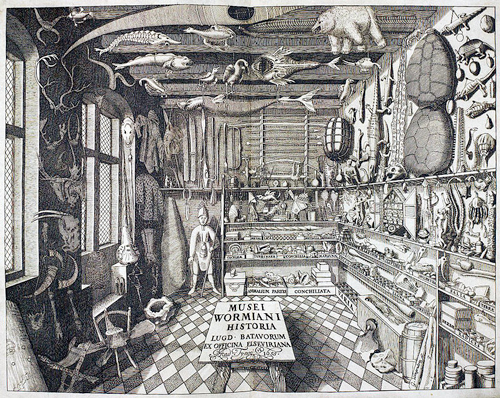 One of those “strange manuscripts” contains the recently discovered works for violin and continuo by Johann Heinrich Schmelzer. “The manuscript was misfiled in an English library under keyboard music. It contains twenty pieces, most of which consist of a prelude and variations. They are also examples of classic Greek rhetoric, so that I feel like I am talking to the audience rather than just playing beautiful music for them.”

A program of the Community Partnership for Arts and Culture, the Creative Workforce Fellowships are supported by the residents of Cuyahoga County through a grant from Cuyahoga Arts & Culture. The Fellowships enable artists to further their work and to connect to the community in meaningful ways.

“I found the Fellowship application process to be very interesting. Although I have certainly had many great opportunities, I never had the time to stop and think about what I wanted to do with my life. It seemed like I was always busy, but treading water at the same time.”

One thing the Fellowship has afforded her the time to do is to get to know a violin she acquired two years ago. “It’s a very special instrument from the Amati family, but I didn’t have any time to explore its secrets and figure out what it can do. The violin I had been using has a brighter sound, but this one has more depth, so in some ways I have had to completely change my technique.”

Even though Andrijeski has taken a leave from teaching, she said that she still feels like she has two full-time jobs. “I’m going to have to deal with that in the future. I just wish everyone could have an opportunity to step back and figure things out.”