May 4, 2020 marked the 50th anniversary of the tragic shooting of Kent State students by Ohio National Guard members during protests around the Vietnam War, but COVID-19 upstaged KSU’s plans for a memorial.

Two years later, the University will be ferrying more than 300 performers from Kent to Cleveland for an extraordinary event at Severance Music Center on Monday, May 2 at 7:00 pm.

Musicians, dancers, singers, and poetry readers will commemorate the events of that day in 1970 in a mammoth concert. According to a press release, Stories of Peace, Protest and Reflection “explores social justice, civil rights and the complex emotions felt before, during and after tragedy.”

Having read the press materials, I was eager to learn more about how this event was put together — a feat of human choreography and logistics that seemed comparable to staging a small version of D-Day. Happily, I was referred to an old colleague, clarinet professor Amitai Vardi, who was charged with coordinating the event. In a phone call, I asked him how it all came about. 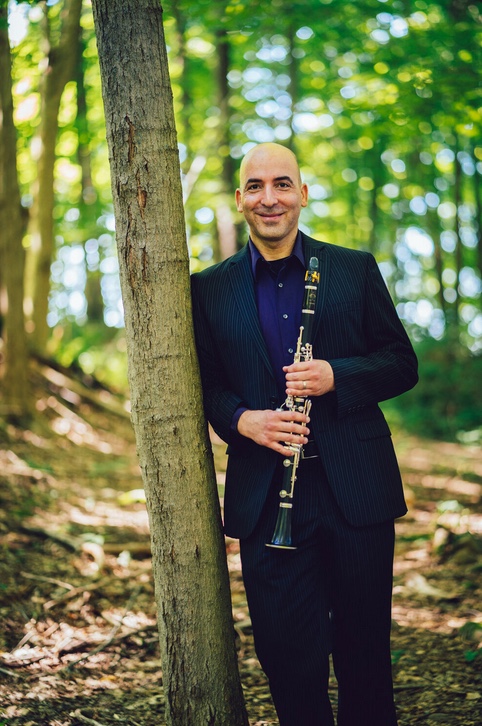 “About a year and a half ago, the School of Music director Kent McWilliams rang me up during a December snowstorm to ask me how I would feel about being artistic director for this ridiculously large endeavor. Well, it sounds amazing, I said. I’m both scared and excited.

“We talked about it for quite a while and then put a committee together to organize our thoughts and determine the structure of the event. We came up with the vision of unifying the concert with a commemoration of the May 4 shootings, and a bit more broadly with stories of peace, protest, and reflection, which is our theme.

“We tried to put musical selections together that look at the past, take into account where we are in the present, and look to a more hopeful future — that’s the whole premise of the concert.”

Vardi said the planners wanted to showcase “what we do best at Kent,” which he notes has a wide-ranging music program that includes the “usual” band, orchestra, and jazz, but goes outside its comfort zone to embrace world music, including one of the only Thai ensembles in the area, and an African dance and field drum ensemble.

“Then we went even further to involve other art forms,” Vardi said. “We have an eight-person dance group on the program performing Rzewski’s Winnsboro Cotton Mill Blues with pianist Alena Miskinis. And we connected with our unique Wick Poetry Center which had put out a contest for the 50th anniversary of the shootings, and chose five poems to be read during set changes.

“We’ll also have the premiere of a new piece by Bobby Selvaggio based on Martin Luther King Jr.’s ‘I Have a Dream’ speech. Orlando Watson will do the spoken word, and that will be very powerful.” The concert will culminate in three pieces for massed choir conducted by Scott MacPherson.

A guest performance close to Amitai Vardi’s heart will distinguish the latter part of the concert: clarinetist David Shifrin will perform the Copland Concerto with the Kent State Orchestra. “I’m ecstatic,” Vardi said. “A world-class soloist on top of everything else!” 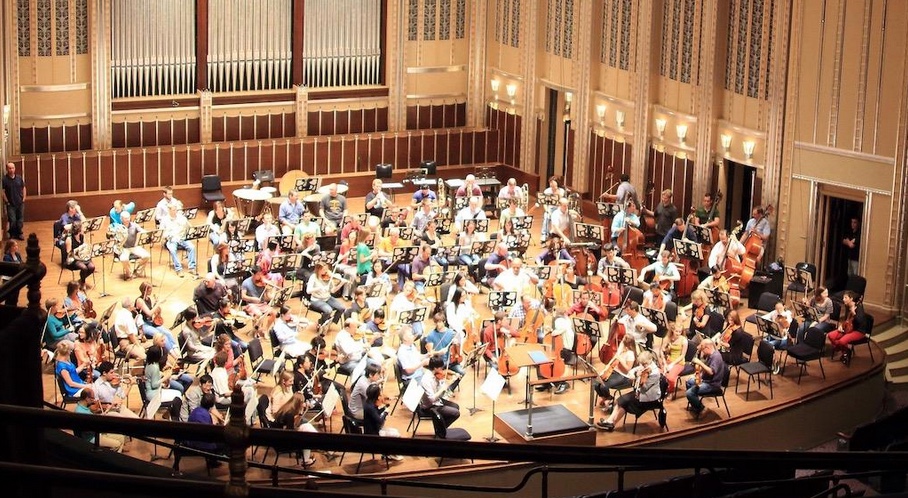 The project has turned out to be even bigger than Vardi imagined, but it’s been very rewarding. “It’s amazing for me to be on this side of the aisle — to be involved with the planning and artistic aspect as opposed to just showing up, rehearsing, and playing a concert. It’s opened up my eyes to a whole new world that I’m very appreciative of.”

Help with logistics has come from Ricardo Sepulveda, who sees to the logistics for Kent’s summer programs, and from a large committee of Kent Blossom faculty who have been meeting regularly for more than a year and tracking all the details — art, logistics, and finances.

“The best way to get a grasp on the program is to go to the website to see the variety of works being performed and their connection to the theme of peace, protest, and reflection,” Vardi said. “I really do believe that we’re going to have an incredible product.”

END_OF_DOCUMENT_TOKEN_TO_BE_REPLACED

Franz Welser-Möst led the final bows on Saturday night at Severance, like the star of any show should. The Cleveland Orchestra’s music director is in his element presiding over the ensemble’s annual opera production, which this season packs the drama. Verdi’s Otello — in a concert staging that opened May 21 and runs for two more performances (May 26 and 29) — demands big voices, instrumental forces to match, and a conductor who can give it all shape and direction. END_OF_DOCUMENT_TOKEN_TO_BE_REPLACED

The cimbalom was the feature of the show, an instrument capable of taking on many personas. Its performer, Chester Englander, has shaped his career around the instrument, and has inspired composers to write more repertoire for it, some of which was presented on the program. END_OF_DOCUMENT_TOKEN_TO_BE_REPLACED