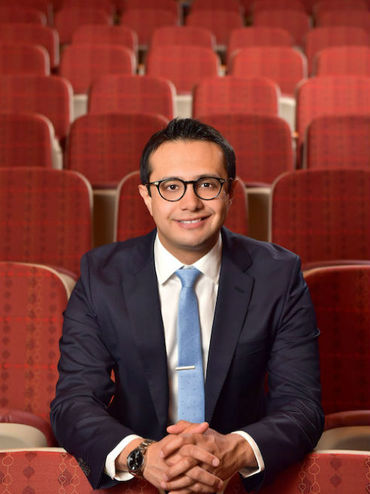 With less than two weeks to go before students in the 50th Kent/Blossom Music Festival descend on the Kent State University campus for five weeks of rehearsals, master classes, and coachings, festival director Ricardo Sepulveda is close to solving the annual puzzle of scheduling daily activities for 43 students and 30 faculty members — mostly from The Cleveland Orchestra. “It keeps me up at night,” he said in a recent telephone conversation.

This summer’s students (16 of whom are international, hailing from Hong Kong, Taiwan, China, Japan, and Colombia) will arrive on July 1 and begin their experience with a dinner for participants, faculty, donors, and host families who will house eight of the students. “Rehearsals, coachings, and lessons start right up the next day,” Sepulveda said.

Recruitment began in mid-winter. “I changed the process a bit, shortening it to end before the first of March. Instead of print, we did online promotion using the Violin Channel and Facebook, which allows us to reach people faster,” he said, noting that the Festival is now old enough that it’s fun to see students of former students applying. Once they settle in at Kent, there are busy days ahead.

“Every student will learn at least four different chamber works. Every year, artistic coordinator Danna Sundet and I come up with the repertoire in late April or early May and communicate with the students so they can arrive well prepared,” Sepulveda said. “For some really challenging works, like Messiaen’s Quartet for the End of Time, performers will be given only three pieces and extra faculty support. Groups will have four different coachings for each piece, but from only two coaches — to cut down on the number of points of view involved.”

The results of their intensive study will be on public display in ten student concerts beginning on July 13, to be held both in Ludwig Recital Hall at KSU and in other venues, including the Hudson Library and Historical Society, the Reed Memorial Library in Ravenna, and the Laurel Lake Retirement Community in Hudson.

The students will also form a chamber orchestra led by The Cleveland Orchestra’s new assistant conductor, Vinay Parameswaran, which will be featured in a 7:00 pm Blossom Festival prelude concert on July 21. “We started conversations with Vinay back in May about repertoire, and chose Prokofiev’s ‘Classical’ Symphony and de Falla’s Suite No. 1 from The Three-Cornered Hat, which allows for including a pianist,” Sepulveda said. The chamber orchestra will also join Jahja Ling and The Cleveland Orchestra in side-by-side performances of Berlioz’ Overture to Benvenuto Cellini and Vaughan Williams’ Serenade to Music in the 8:00 pm concert that follows.

The idea for Kent/Blossom dates back to the mid-1960s. When plans for the Blossom Music Center were being refined, George Szell was keen to establish a chamber music school along with the concert facility. “They originally planned to build the school next to Blossom with a space for performances, classrooms, and practice rooms,” Sepulveda said, noting that he has drawings of that concept he’ll display at performances this summer. “But since Kent State had just opened a new music building only 10 miles away, they opted for locating the school there instead.”

The Kent/Blossom school also offered a choral component and a chamber choir when it launched five decades ago, but that fell by the wayside sometime in the 1980s. “The original concept also included brass as well,” Sepulveda said. But they decided to keep the focus on chamber music for winds, strings, and piano, “a more manageable configuration.”

Although separated from the Blossom grounds, Kent/Blossom students will keep the school’s physical connection to The Cleveland Orchestra alive during their five weeks in residence. “We’ll make at least six visits to Blossom for concerts, including Audra McDonald’s appearance on July 29, and the side-by-side,” Sepulveda said.

In addition to coachings and lessons, the students’ mentors will also give five faculty concerts during the Festival. “For the 50th anniversary, we wanted to highlight prominent alumni of the school,” Sepulveda said. “We invited violinist Philip Setzer, who offered us the Emerson Quartet for a concert that also includes his fellow Kent/Blossom student, cellist Jerry Grossman.” Grossman will join the Quartet for Schubert’s Cello Quintet. Other alumni performing during the series will be oboist Jeffrey Rathbun, hornist Alan DeMattia, cellist Richard Weiss, and pianist Joela Jones, all KBMF faculty and members of The Cleveland Orchestra.

See the full schedule of faculty and student concerts here. Subscriptions to the entire faculty series as well as individual tickets can be reserved online. The ten student concerts are free.