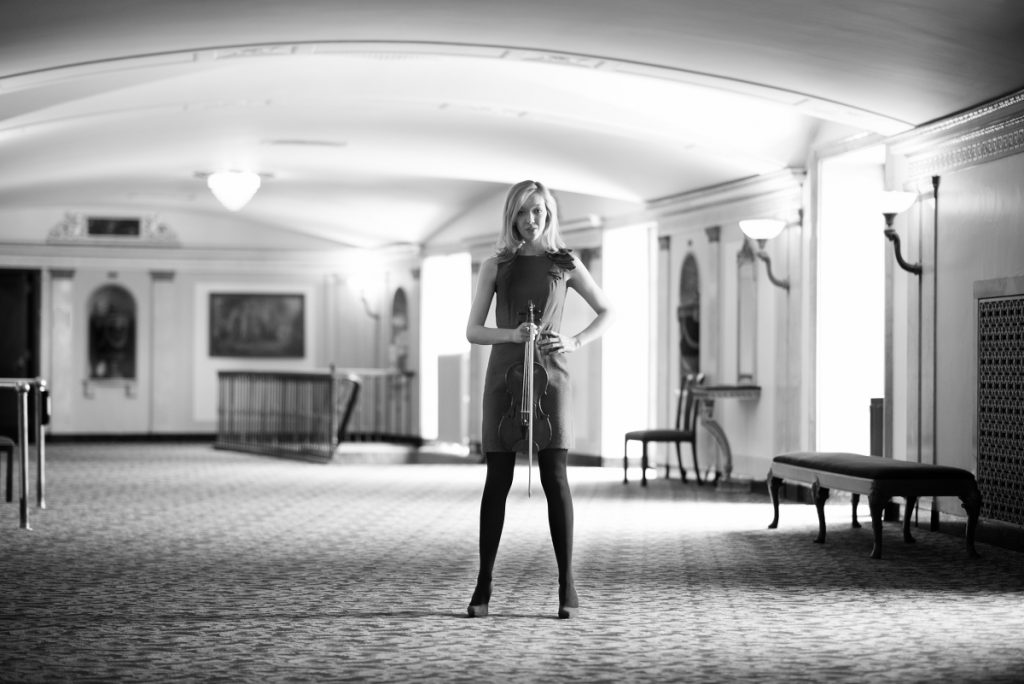 The free concert of solos and duos will take place on Thursday, September 26 at 7:30 pm in Cirigliano Studio Theatre at the Stocker Arts Center. The program includes three works by Mumford, a world premiere by Richard Carrick, and music by Dai Fujikura, Clara Iannotta, Kaija Saariaho, and Mariel Roberts herself.

“It’s going to be really fun and intense,” Cauley said during a telephone interview. “It’s always great to play with Mariel — I feel like we have an exciting energy together onstage. And I love working on Jeffrey’s music. It’s difficult, and that makes it so rewarding.”

Without having heard Mumford’s music, one way you can spot it is through his distinctive, poetic titles. That’s certainly true on this program with his duet eight aspects of appreciation II, his eight musings . . . revisiting memories for violin, and his radiances spreading from a world of resonant stillness for cello, which was commissioned and premiered by Roberts.

Cauley sees a connection between the titles and the music. “There’s an expressive and poetic element in all of Jeffrey’s pieces,” she said, adding that the same thought and care that go into his titles are necessary for interpreting his music. “There are all of these little elements that need to be highlighted — details that could disappear,” she said. “You need to bring them out to do justice to these pieces.”

Mumford’s duet closes the program, while Richard Carrick’s opens it: his Graphic Series No. 2 will receive its premiere on Thursday. It’s one of “several visually beautiful graphic scores” that the composer has been working on, Cauley said. In this one, he intertwines two lines — one red, one blue — which navigate across the page through sections that are simple, busy, jagged, smooth, thin, or thick in shape. “There’s a lot of potential for what we can do with it,” Cauley said. “It’s evolved as we’ve worked on it.”

In addition to the two by Mumford, the solo works on the program will include Fujikura’s Fluid Calligraphy and Iannotta’s Dead wasps in the jam-jar (i) for violin, and Saariaho’s Sept Papillons and Roberts’ own Cara for cello. That work is from Roberts’ album of the same name featuring her music for cello and string quartet, released in August. 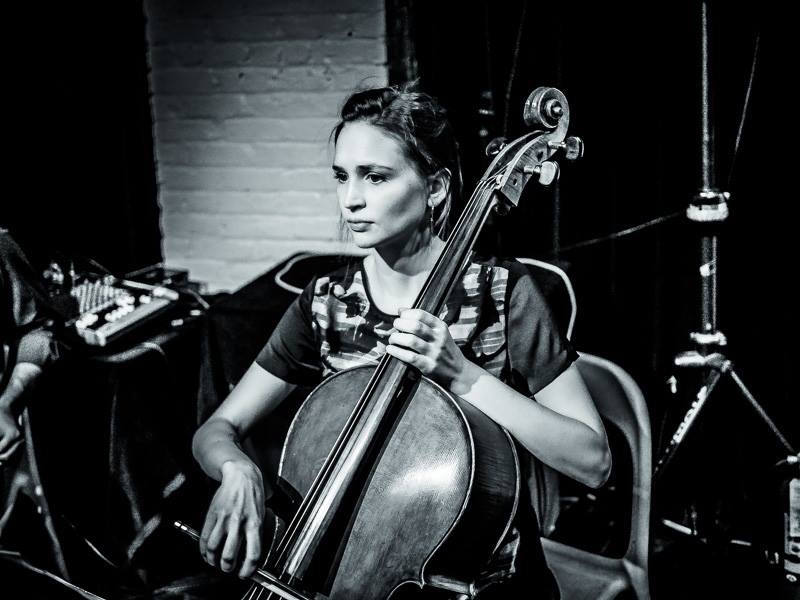 Both Cauley and Roberts attended the Eastman School of Music, but being a few years apart, they didn’t get to know each other until playing together in the Mivos Quartet. They left that ensemble around the same time and wanted to keep performing together. “We’re looking forward to doing more of that this season and next,” Cauley said.

They’re both based in New York City, and though that doesn’t necessarily mean it’s easy to get together, they happen to live near the same subway line. “It works out pretty conveniently for rehearsing,” Cauley said. “We just alternate apartments.”

Over the years, Cauley has had the chance to work with a Who’s Who of contemporary composers. Asked what stands out about those encounters, she said that in general, people are always nicer than you expect.

“Often going into your first contact, you’re a little nervous, and you want to make sure you’re doing justice to their work,” Cauley said. “Then you meet them and realize they’re really kind and grateful to have their music played. And it reminds you why you do it — for those types of experiences.”

END_OF_DOCUMENT_TOKEN_TO_BE_REPLACED

The strings-only work by Berg has made relatively frequent appearances on the Orchestra’s programs. In 2021, the musicians recorded it for the In Focus series, and it appeared again on last year’s European tour. Friday’s rendition maintained the group’s characteristic light and effortless playing, each section blending as much as possible to echo the work’s original form as a string quartet. At fifteen minutes total, the piece is quite short, but the dense encoded musical meanings require some extra-attentive listening. Splitting up the three movements ensured that each one could be appreciated on its own. END_OF_DOCUMENT_TOKEN_TO_BE_REPLACED