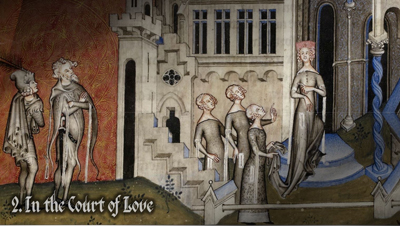 During his lifetime, French Medieval poet and composer Guillaume de Machaut produced manuscripts of 6 complete works containing more than 15 long narrative poems, 280 lyric poems, and 23 secular motets, as well as the earliest setting of the complete ordinary of the Mass by a single composer.

This weekend, Les Délices and Boston-based vocal ensemble Blue Heron will present one of Machaut’s narrative poems, Remède de Fortune. This musical-poetic masterpiece recounts the story of a bumbling lover who — with help from Hope and by the good grace of Fortune — ultimately gets the girl. The performances will include projected supertitles and manuscript images illustrating the story.

A free, open rehearsal at St. John’s Church in Ohio City on Wednesday, March 8 beginning at 6:30 pm will be followed by three full performances: Thursday, March 9 at 8:00 pm in Stull Recital Hall at the Oberlin Conservatory (free); Saturday, March 11 at 8:00 pm at St. John’s; and Sunday, March 12 at 4:00 pm in Herr Chapel of Plymouth Church in Shaker Heights.

“There are over 4,000 lines of poetry in Remède,” Blue Heron music director Scott Metcalfe noted during a recent conversation. “We’ve reduced that in a couple of ways. One is to summarize the story through motets and other pieces that are not in the poem.” 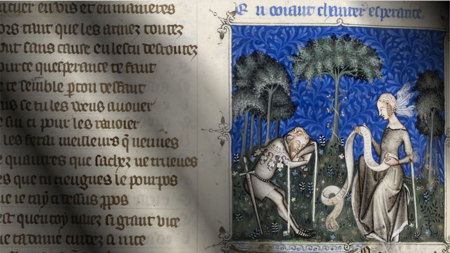 Les Délices artistic director Debra Nagy, who together with Metcalfe created the production, pointed out that everything will be sung in French, with English narration. “This will help to propel the action and to transition from one scene to the next,” Nagy said. “The narration is an extremely reduced version of the plot that I created from the 4,000 lines of the original poetry.”

For the multimedia component, Nagy and Metcalfe turned to Chicago-based musicologist Shawn Keener. “She’s done some beautiful work with the Newberry Consort,” Nagy said. “The projections she’s made are more than just pictures of a manuscript on a screen. They’re animated and bring the viewer into the story. The way she uses light makes you feel like you’re sitting in a castle or a Medieval scriptorium.” 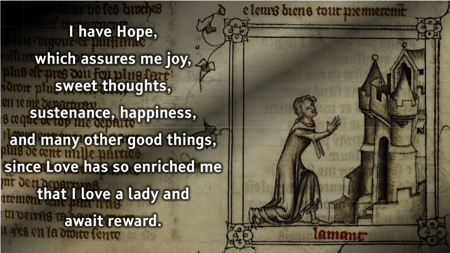 The projections will also help audiences follow the story and understand the complicated 14th-century practice of writing three-part motets that set a different text in each voice. Nagy explained that the projections will allow people to easily scan the three voice parts simultaneously and understand how they interrelate, “as opposed to following separate paragraphs in the program.” 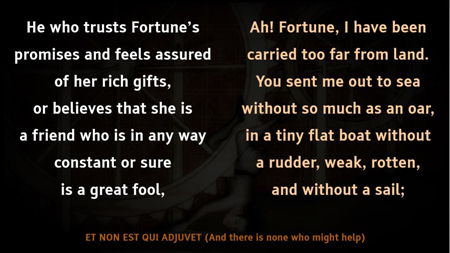 In addition to singers Martin Near, Owen McIntosh, and Jason McStoots, the musical ensemble will include Debra Nagy (recorders, douçaines, and harp), Scott Metcalfe (vielle and harp), and Charles Weaver (lute). 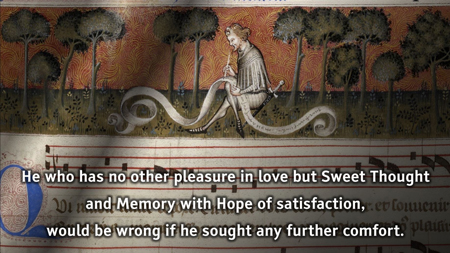 “In the Medieval period, composers weren’t specific about instrumentation,” Metcalfe said. “Instead of winds and strings, they grouped instruments by soft and loud, and generally the two types didn’t mix.” Although most people are familiar with the recorder, harp, and lute, the douçaines (a soft buzzy double reed instrument) and the vielle may be less so.

“There’s a lot of misunderstanding about the vielle,” Metcalfe said. “The root word relates to any bowed instrument. The fiddle and the violin both come from that same root. There have been no examples of the vielle around since the instrument became extinct in the 16th century. But I’ve heard they recently found some on a sunken ship from the time of Henry VIII that was just raised — I haven’t seen any but I understand they’re quite primitive-looking.” 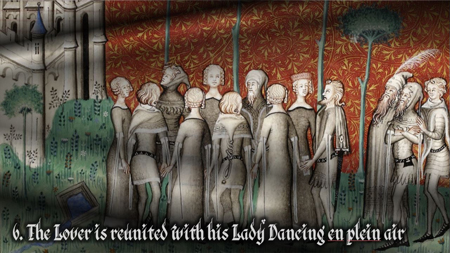 Kids can join the Medieval merrymaking on Saturday at 3:00 pm at the Bop Stop during the free, family Dance Party. The 45-minute interactive program will introduce youngsters to unusual instruments such as gothic harps, lutes, and recorders. And coloring pages will be available that Nagy has created from drawings in the manuscript. “I can’t wait for this,” Nagy said. “The program will focus on dance music, and dancer Elena Mullins will teach everyone a round-dance, which is going to be really fun.”

END_OF_DOCUMENT_TOKEN_TO_BE_REPLACED

Supported by engagingly, yet simple staging by Cara Consilvio, a well-prepared cast of singers told the archetypal story of Cinderella with charm and flair. Framing the production was  a sparse but colorful set and wonderful lighting by Dave Brooks. END_OF_DOCUMENT_TOKEN_TO_BE_REPLACED