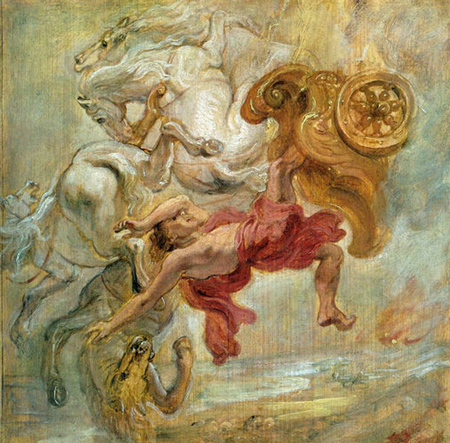 Doing stupid things when young is natural. Two epic failures in youth — alas, fatal ones — are found in the myths of Icarus and Phaeton. Both are ambitious teenagers, their unrelenting and unchecked egos inducing catastrophe. Although similarly bold, the Les Délices program titled “Folly of Youth” at Case Western Reserve University’s Harkness Chapel on February 20 delighted and enthralled, with no signs of godly demise.

Although the concert centered on youthful folly, the programming was masterful. The repertoire included selections from Jean-Baptiste Lully’s opera Phaeton, Handel’s cantata Tra le fiamme with Canadian soprano Shannon Mercer, and two excellent works by the relatively unknown French composers François Duval and Louis LeMaire. Introducing the program from the stage, director Debra Nagy said, “I’ve been thinking about this concert for a year and a half.” Her efforts clearly paid off.

The ensemble began with Lully’s Suite from Phaeton, their sound and style setting a high bar of musical excellence for the evening. The chance to hear both Nagy and Kathryn Montoya, two exceptional Baroque oboists, was a thrill in itself. 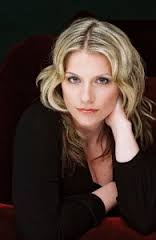 Handel’s Tra le fiamme followed, Mercer taking the stage in her glittering navy gown. The oboists switched to recorders, their chirps and warbles suggesting frolicking breezes, flames, and the “thousand moths” which succumb to Icarus’ fiery death. Mercer told the story well with a strong commitment to the text, her diction excellent and her facial expressions entertaining. In the program notes, Nagy described the piece as a “thrilling rollercoaster of perpetual motion,” and viola da gambist Josh Lee navigated its extreme challenges with finesse. Violinists Scott Metcalfe and Julie Andrijeski madly interjected progressively florid ornaments until Mercer suddenly dropped to a low voice on the word “cader” (fall). All her glorious agility was arrested by Icarus’ mortal folly.

Nagy prefaced selections from Lully’s Phaeton, saying Phaeton wanted to see “if he could borrow Dad’s car (Apollo’s chariot) to prove himself and his godliness.” These pieces focus on the psychological distress felt by Phaeton’s abandoned lover, Theone. Mercer’s diction again was excellent, her deep pain especially poignant on the phrase “O Ciel! J’implore ta rengeance” (Oh Heavens! I plea for you to avenge me). In this powerhouse performance, Mercer displayed a clear passion for the French Baroque repertoire. Harpsichordist Michael Sponseller provided a conversational and juicy harmonic background for Mercer in each recitative.

Andrijeski performed Duval’s Sonata III from Amusemens pour la chamber, a tour-de-force composition for violin, again mirroring the demise of Phaeton. The composition is a sandwich of explosive, Energizer Bunny dances and a languishing Sarabande. The final Rondeau (gay) – le Phaëton was a real headbanger. “One can almost hear the wildly galloping horses of Apollo’s chariot in this piece,” Nagy wrote in the program notes, “with repeated swoops and plunges  –– as Phaeton plummets to his death.” Theorbist and guitarist Simon Martyn-Ellis grinned at the soloist and fiercely strummed away, adding to the frenetic affect. Andrijeski finished with a big flourish of her bow, met with hearty applause from the audience.

LeMaire’s cantatille titled Hebé followed, which Nagy described as “a real bon-bon in the Galante style.” The daughter of Hera and Jupiter, Hebé has the power of eternal youth. As the goddess, Mercer narrated her story well, noting that Hebé’s pleasant rule offers “a thousand delights” and banishes reason where only laughter and love may dwell. Or, as Nagy said, “live it up while you can, and let the good times roll.”

As the night waned, Nagy concluded the program by saying, “Just as they did at the opera, we’ll send you off with a chaconne.” The selection from Phaeton provided a positive, swinging close to a sensational concert, and a great triumph for Les Délices.

Jackson began the program with a recitation of Langston Hughes’ poem “Helen Keller” — the first of five poems by Hughes that served as interludes between each piece on the first half. END_OF_DOCUMENT_TOKEN_TO_BE_REPLACED

Pianos with pins and tape on strings, a bass drum and tam tam, crotales, Almglocken, and vibes. Microphones were hooked up all around the instruments. The feed was sent to speakers around the room. Lighting designer Nicholas Houfek hung incandescent globes over the arrangement of instruments from thin black wires stretching across the beams. END_OF_DOCUMENT_TOKEN_TO_BE_REPLACED

From the podium, Elim Chan set an ambitious tone for the evening. The rising star conductor, here in her Cleveland Orchestra debut, has a commanding style, and every twist and turn in Saturday’s performance tracked closely with her baton. END_OF_DOCUMENT_TOKEN_TO_BE_REPLACED