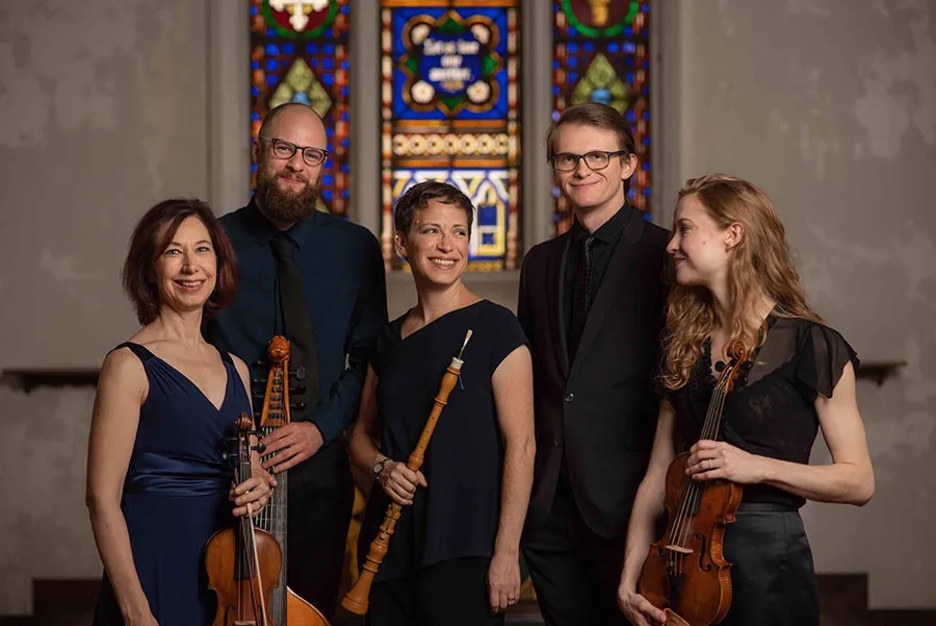 “Bach is a goldmine in terms of repertory. It’s really the golden age of the oboe and the apogee of its repertoire. But it’s so rich for everyone and anyone,” oboist Debra Nagy said about Les Délices’ upcoming program, Rejoice! Bach Cantatas for Advent.

The ensemble will perform Bach’s Schwingt freudig euch empor and Nun komm der Heiden Heiland, along with Handel’s Concerto Grosso, Op. 3 no. 4 in F on December 2 through 4 around the Cleveland area. “All of the spaces will be beautiful for this program,” Nagy said. “The one-on-a-part texture will be really gorgeous and present in these spaces.”

The productions of Rejoice perfectly coincide with the first week of Advent, which began on November 27. Nagy also hinted that these performances are special in a multitude of ways. “I’m excited about the program because Les Délices has never produced Bach Cantatas. Plus, they are rarely heard in Cleveland in general. We have a unique opportunity to present these extraordinary pieces.” Click here for more information and to purchase tickets.

Though Advent is known as a time for spiritual preparation and reflection in advance of Christmas, these cantatas are energetic and festive. “There’s a wonderful kind of gesture and color and this sense of celebration. These pieces have a lot of excitement,” Nagy said. Although trumpets and drums were reserved for Christmas Day, she noted, “these pieces are no less joyous. We’ve produced a wide range of repertoire in the past, and I saw an opportunity to do something close to my heart as a baroque oboe player.”

While Les Délices will perform these works in anticipation of the holiday, there are many contexts in which the pieces can be enjoyed. “These cantatas for Advent are timely, yes, but they also have a real universal appeal,” Nagy said. “Believe it or not, the first time I played [Schwingt freudig euch empor] was for a friend’s wedding. That’s interesting and apt from the point of view that that piece started as a secular cantata — a celebration piece.”

Bach reworked the composition four times to ensure its sustainability. “When you have these pieces that are meant for a single occasion, and they’re worthwhile hearing again, you turn them into something else — something that other people can use or that you can return to,” Nagy said.

“There’s a lot of love in these pieces and in that cantata in particular. It’s also special for Cleveland audiences because the oboe d’amore parts are concerto-like, especially in that opening movement. And I don’t know how often people in Cleveland get to see and hear the oboe d’amore, and so that’s a beautiful thing as well.”

During the pandemic, the group revolutionized the digital concert space through SalonEra, a web series variety show. “SalonEra continues but with a little less frequency than in years past,” Nagy explained. “We’re producing six original episodes this season because we still wanted to offer something to our audience out there. After our concert series performances, we will produce a podcast episode that includes interviews and highlights. In giving SalonEra an additional life through audio podcasts, we hope to create other points of access and potentially expand the audience more.”

Returning to in person performances is a celebratory occasion in itself. Nagy noted, “the trick has always been asking ourselves, ‘How do we sustain this really wonderful level of activity?’ It’s been an interesting adjustment to return to the vibrant and busy in person production.”

Whether it’s to Rejoice the season or to cherish these captivating works, Les Délices’ program Bach Cantatas for Advent will certainly make for a joyous weekend filled with love, jubilation, and holiday cheer.