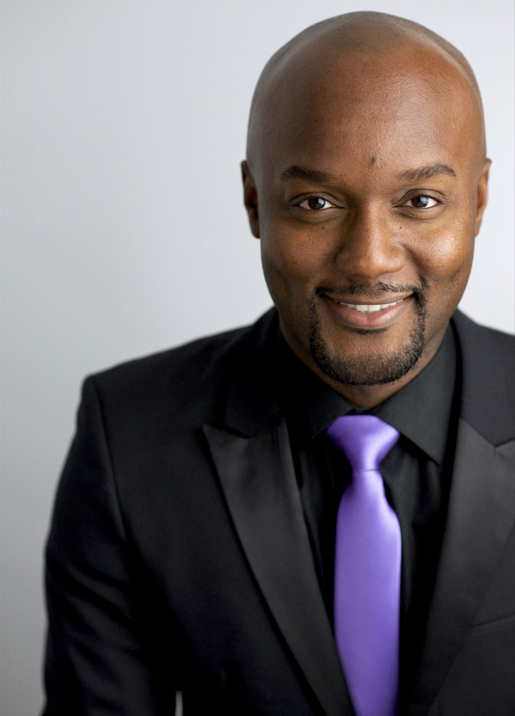 If you’re intrigued by the idea of contemporary composers writing music for historical instruments, Les Délices says that their latest program is for you.

“Winds of Change,” the second offering in this season’s concert series, features virtuoso flutist Emi Ferguson in music inspired by the French and Haitian Revolutions. The performance will debut online Thursday, November 18 and remain available on demand through December 17.

At the heart of the program is the premiere of A Journey to Freedom by Sydney Guillaume. The Haitian composer, now based in Portland, Oregon, spoke to me by phone to discuss the piece and how it was inspired by his native country.

Stephanie Manning: It’s so exciting that you were able to collaborate with Debra Nagy and Les Délices from across the country. How did this commission come about?

Sydney Guillaume: Debra reached out to me right before the summer wanting to collaborate. The thing was: after the difficult year we all had because of the pandemic, I wanted to take some time off for the summer and not compose as much, and this would require me to actually compose over the summer.

So what I did was start to improvise on the theme first, to see if this was something that would come to me easily. I wrote the first thing and went, ‘Okay, this is great, I feel like I’m ready to write this piece.’ I was still able to actually take some time for myself during the summer and keep a nice balance, but I was very excited to collaborate with Les Délices on this project.

SM: In your video program notes, you described writing this piece as an “emotional journey.” What was that experience like for you?

SG: With composing, you never know what’s gonna happen — you show up, and you sit there, and you start to create. And while I was creating things, I had a lot of emotions come up for me, like when I was thinking about oppression and trying to get away from that oppression. So it was kind of overwhelming to write that piece — overwhelming with so many emotions.

But I enjoyed the process, if that makes sense. It was something that I really enjoyed creating, but it took a lot out of me emotionally.

SM: You also said in the video that “the journey to freedom is a constant struggle.” How do you think that’s reflected in the piece?

SG: Well, there are a couple moments where there is a lot of dissonance. It’s a piece that starts in a very classical way, and the moment that it gets away from that — Debra called it a siren when she first heard it — it feels like a siren, stopping that journey towards freedom. There are two moments where that happens, where there’s freedom happening and it gets stopped with a lot of dissonance.

When I talked to Debra, I remember telling her that I didn’t know what the piece was going to be titled, but once we had a title it would actually help me with the shape of the piece. We first talked about having two different movements, one in the classical way and the second one in a more modern style. But as I was writing, the idea of the two movements started to dissolve. We talked about different titles and settled on A Journey To Freedom, and the moment I had that title, I had more direction for the piece.

SM: The piece features the traditional Haitian Yanvalou rhythm. Could you talk a little bit about that, and are there any other elements that you used to invoke the music of Haiti?

SG: Just that particular rhythm is the one that I used. It’s one of my favorite ones and it happens often in my compositions. It usually gives me a sense of perseverance and courage, so it felt very fitting to include it in this piece, especially when speaking of oppression and trying to get away from it. With a lot of these rhythms, the slaves used them in order to find strength and to be able to have a revolution, so I wanted to include that in this piece. And it worked out well.

SM: The piece is inspired by both the Haitian Revolution as well as the current situation in Haiti. What was your approach to connecting the past with the present?

SG: There’s a lot that was going on in Haiti as I was writing this piece, and that’s one of the things that made it even more emotional for me — thinking of my people there who are still fighting, even after all these years that Haiti’s been a free country. They won their independence in 1804, but they’re still struggling so much.

SM: What do you hope audiences take away from this work?

SG: I think bringing awareness is important — remembering the struggle that people have gone through. And it’s almost like a meditative work — it’s nine minutes of music that takes you on a journey, and that whole time you’re listening, hopefully you can ponder on the idea of freedom and what freedom means to so many different people in different countries.

Music director and conductor Daniel Meyer built his playlist around Cleveland themes and scenes. “Exploration CLE” made use of engaging selections from the classical canon and beyond that celebrated “what makes Cleveland so special.” Happily, he and his musicians avoided constructing a visual slide show, choosing to let the music speak for itself. END_OF_DOCUMENT_TOKEN_TO_BE_REPLACED

You could see the relationship at work on a practical level. Repertoire for two players at the same piano requires a certain choreography. There’s just one of each pedal to share, and the hand crossings left and right — which can be so fun to watch a soloist pull off — get more complicated when another person’s involved. At times, Pompa-Baldi drew a hand away from the keyboard and into his body, making room for Friscioni, and at the close of a few delicate phrases, the two were crouched together over the same final notes at one end of the instrument. END_OF_DOCUMENT_TOKEN_TO_BE_REPLACED

The signature sounds of these famous film scores are not so much John Williams’ invention as allusions to other classical pieces. The foreboding half-step from Jaws, growing more and more furious in the cellos and basses, shares something with Dvořák’s “New World” Symphony and Bartok’s Miraculous Mandarin. END_OF_DOCUMENT_TOKEN_TO_BE_REPLACED