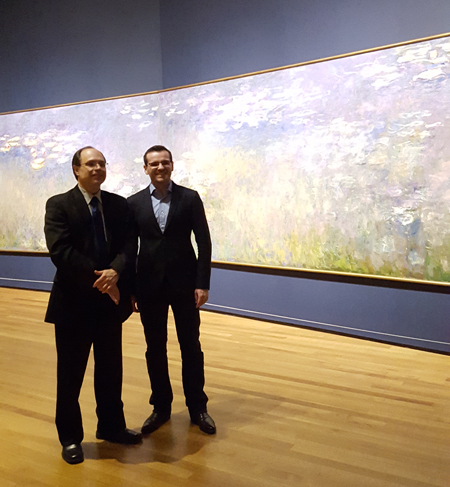 Impressionism provides a unique intersection between visual art and music. You can draw parallels between what composers were writing and artists were painting in other periods — baroque, romantic, modernist — but “aha” moments come with remarkable spontaneity when you put Debussy and Monet side by side. It’s like art you can hear, and music you can see.

In a happy coincidence, the Cleveland Museum of Art is glowing with the exhibition “Painting the Modern Garden: Monet to Matisse” the same week that The Cleveland Orchestra is presenting a program of works by Claude Debussy and Hector Berlioz led by French conductor Lionel Bringuier, including the premiere of Bernard Rands’ Concerto for English horn, commissioned by the Oberlin Conservatory for the Orchestra’s solo English horn, Robert Walters. Rands has been heavily influenced by the music of the Impressionist composers.

On Tuesday, November 24, “Monet to Matisse” curator Bill Robinson (left) led Bringuier and a small group of invited guests on a tour of the exhibit, which included stops at Monet’s great Waterlilies triptych depicting the artist’s water garden at Giveny, which connects in its colors and textures to Debussy’s Prelude to an Afternoon of a Faun. The tour also visited Vincent Van Gogh’s Garden at Auvers, which complements Berlioz’s Symphonie Fantastique. 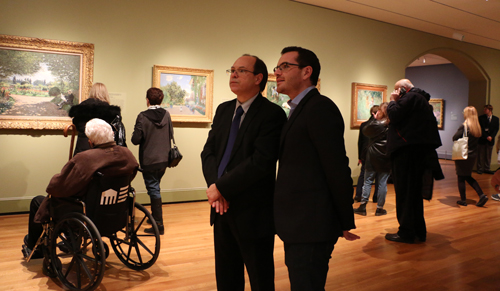 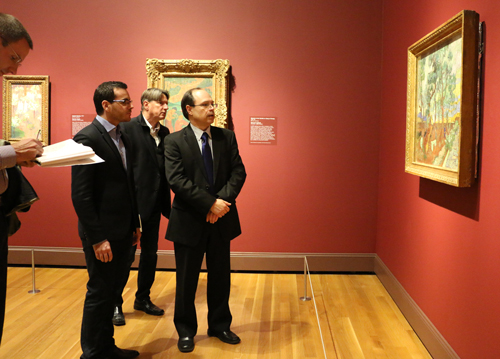 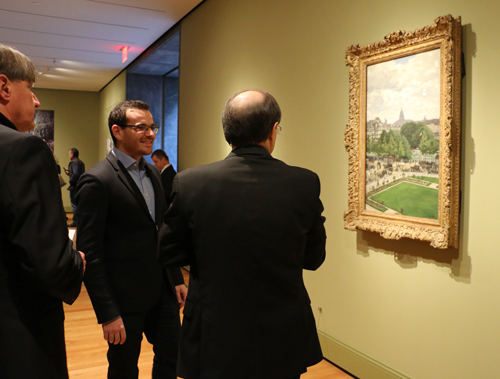 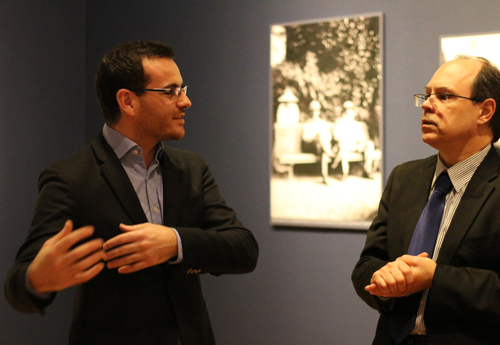 “Painting the Modern Garden: Monet to Matisse” runs through January 5, 2016 at the Cleveland Museum of Art. Advance ticket reservations are recommended.

Northeast Ohio’s Les Délices has long been that rarest of beasts: a world-class organization so proud of its region (ours) and repertoire (distinct niches in pre-1800 music) that it never tries to be everything to everyone, paradoxically making a strong case for a broad, curious international following. In the December episode of its SalonEra series, the ensemble embraces its strengths and community to marvelous effect. END_OF_DOCUMENT_TOKEN_TO_BE_REPLACED

END_OF_DOCUMENT_TOKEN_TO_BE_REPLACED

Another I remember fondly is Gian Carlo Menotti’s Amahl and the Night Visitors.  Commissioned by NBC, the one act, made-for-television opera, premiered on December 24, 1951, at the network’s studios in New York’s Rockefeller Center. And now, through the wonders of technology, Cleveland Opera Theater has created a magical new production of the work which is available on demand through January 6, 2021 (Three Kings Day). END_OF_DOCUMENT_TOKEN_TO_BE_REPLACED

Jessen has now followed up with her second solo CD, Winter Chapel. Recorded on January 17, 2020 in Oberlin College’s Fairchild Chapel and available on Carrier Records, the album is a continuum in Jessen’s journey to push the musical boundaries of her instrument and herself as an improviser. END_OF_DOCUMENT_TOKEN_TO_BE_REPLACED