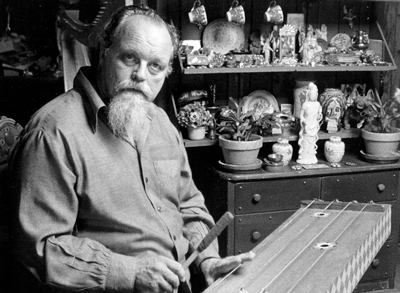 American composer Lou Harrison (1917-2003) studied with Arnold Schoenberg and Henry Cowell, but followed his own creative path, strongly influenced by Asian music, especially the gamelan music of Java (now a part of Indonesia). In celebration of Harrison’s 100th anniversary, the Cleveland Museum of Art presented a concert of his music on Friday, October 20 in Gartner Auditorium. The evening featured radiant performances by the MIT-based Gamelan Galak Tika, founded and directed by composer Evan Ziporyn.

Galak Tika draws membership from MIT students, staff, and the community, learning the traditions of Indonesian gamelan, as well as commissioning new works for the ensemble. The concert consisted of two works by Harrison as well as a new work in tribute to him by Jody Diamond, his gamelan teacher and one of the leaders of Gamelan Galak Tika. The group played on two different gamelans of Harrison’s own design and construction.

With roots that can be traced to at least the 12th century, a gamelan is a collection of instruments, primarily metallophones, xylophones, and gongs played with mallets, but also including plucked string instruments. A hand-played drum sets tempo and rhythm, and leads transitions from one section to another, while another instrument cues melodic sections. The musicians play without scores.

The Suite for Violin and American Gamelan (1973) featured the tireless and sweet-toned violinist David Bowlin. Harrison’s “American gamelan” Old Grandad #4 — painted brilliant red with black legs, and tuned to a non-Indonesian scale — was made to perform specific works by the composer, including this suite. Although Old Grandad #4 instruments are technically tuned percussion instruments played in the style of a gamelan, to an untrained listener the distinction was lost. 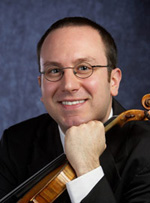 The solo violin plays almost non-stop through the seven short movements, often in music based on a pentatonic scale, and sometimes in modes resembling early Western polyphony. The work, which has ritualistic elements, is written in Western classical notation, and includes different textures of gamelan in each movement, sometimes very sparse, other times fully rhythmic.

Jody Diamond’s brief At Lou’s Table was begun in 1982 as she was teaching Harrison about gamelan performance practice. She sketched much of the piece, but set it aside until 2017, when she returned to the melodic elements and combined them into a full-scale work for large gamelan — in this case Harrison’s own Gamelan Si Betty, of which Diamond is the proprietor. A typical Javanese gamelan, it also includes designs based on the American Pennsylvania Dutch, with vivid blue, orange, and white colors. To the listener steeped in Western music, the progress of the piece is clear. But with no conductor and the musicians not focused in any central direction, it happens almost by magic. Harrison’s music on the program is his own idiosyncratic synthesis of styles, while Diamond’s work, although brand new, is steeped in traditional Javanese traditions. 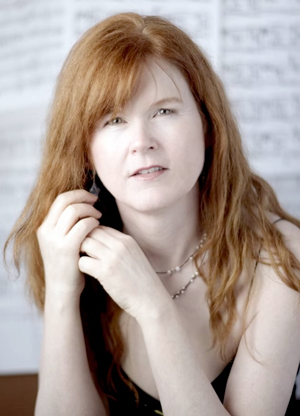 Harrison’s Concerto for Piano with Javanese Gamelan (1986-87) again featured Galak Tika playing Gamelan Si Betty, this time with soloist Sarah Cahill. The piano and gamelan are tuned to a scale of Harrison’s own invention, neither a traditional Indonesian scale nor in equal temperament found in Western music. Depending on the notes that were played, the chords and scales seemed either “in tune” or with brusque “dissonances.”

The work is thoroughly developed in a concerto form, at times pitting the piano against the gamelan, and at other times incorporating it into the texture as another percussion instrument, but one with wider melodic and dynamic range. The second movement has elements of a rondo, with a repeated refrain separating distinct sections. The third movement begins without discernible pause, with the full ensemble, especially the drums, adding variations to the pulse. Cahill gave a fluent, technically brilliant performance. She caught the changes in mood within the movements, and her coordination with the gamelan was spot-on.

Following the concert, Ziporyn, Cahill, Diamond, and Tom Welsh, CMA’s director of performing arts, held a lively panel discussion about Harrison’s development as a composer for gamelan, and his place as an important West Coast composer. Bravo to the Museum for sponsoring this glimpse into music too rarely performed.

END_OF_DOCUMENT_TOKEN_TO_BE_REPLACED

Supported by engagingly, yet simple staging by Cara Consilvio, a well-prepared cast of singers told the archetypal story of Cinderella with charm and flair. Framing the production was  a sparse but colorful set and wonderful lighting by Dave Brooks. END_OF_DOCUMENT_TOKEN_TO_BE_REPLACED