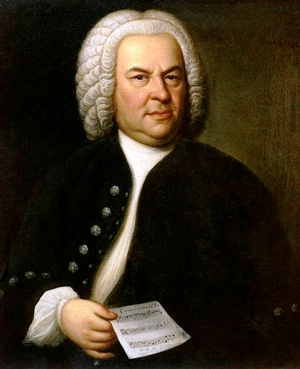 Genre: Concerto – a composition for one or more solo instruments and orchestra
Scoring: Chamber orchestra
Era: Baroque
Length: 10-15 min
Will you recognize it? Perhaps as what your grandmother played for background music
Recommended Recordings: John Eliot Gardiner and the English Baroque Soloists, or Otto Klemperer and the Philharmonia Orchestra

Composer: Johann Sebastian Bach (1685-1750). Bach’s career was strange in that while he was well-known as a keyboardist, he received little recognition for his compositions while he was alive. He wrote many of his works for church services or for his students (including his twenty children, four of whom went on to become important composers). It took almost 100 years after Bach’s death for his music to become as well-known as it is today, yet he was unrivaled in the quantity and the quality of his output. He wrote more than a thousand pieces of music, almost every one of them a divinely crafted, complicated, and beautiful work of art. He wrote in almost every genre, from concertos and cantatas to masses and minuets. His larger choral works are noted for their drama and intensity, while his smaller works are thought of as perfect musical gems.

Bach’s unique style comes from his contrapuntal structures — different melodies played together to create a rich tapestry of sound (use the term to impress your friends at parties). Because of his ability to make something so complicated sound so effortless, as well as his use of progressive harmonies and his virtuosic technique, Bach has been known as one of the titans of Western music since his revival in the 19th century.

The Piece: Bach wrote six orchestral concertos for the Margrave of Brandenburg, hence the name. A concerto is a musical genre that sets off one or more solo instruments against a larger group (say, an orchestra). The soloists get to show off the exceptional skills they’ve developed in mastering their instrument — or fall flat on their faces.

In this instance, the solo instrumental group consists of a trumpet, flute, oboe, and violin, and the larger group is a string section. At the outset, you’ll hear both groups playing together, then the smaller group will take center stage. These are the two alternating sections that define how the concerto works. When it’s the smaller group’s turn, anywhere from one to all of the instruments can be featured, which allows for maximum variety. The sections are further defined by contrasts in volume. 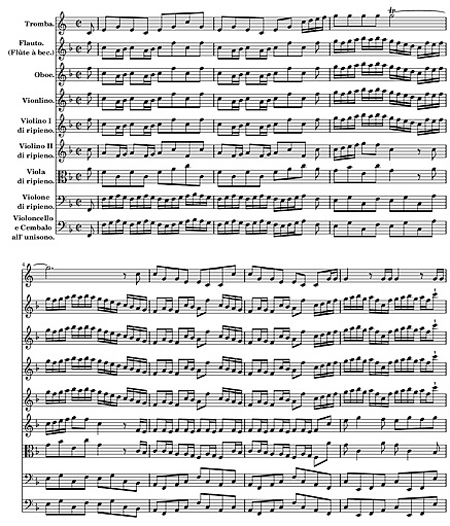 Most concertos have three movements, fast-slow-fast. Think of them as three separate chapters in a novel: they all consist of different material, but are related to each other by key. You can think of the second movement as one long interlude that helps provide contrast with the outer movements and allows the piece to breathe. In this concerto, the last movement is a quickly paced finale.

Personal Notes: I always hum to myself the sections where the entire orchestra plays so that when I hear one of the solo instruments develop it, I can truly appreciate where it’s going with the theme. I find the whole piece to be quite rhythmic, too, keeping a steady beat that’s easy to count to. The second movement features a gorgeous, soothing, almost seductive bass line under the solo instruments. Finally, pay attention to the trumpet part in the last movement; it is a killer, and you can only feel awe when it’s successfully executed by a world-class trumpeter. 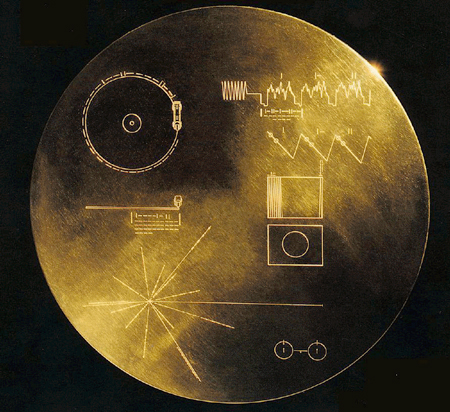 Neil McCalmont, a New Hampshire native who just completed his second year at Oberlin College, is ClevelandClassical.com’s Young Writer Fellow for 2016. “McCalmont’s List” was an Oberlin Winter Term Project directed by visiting teachers Daniel Hathaway, Donald Rosenberg and Mike Telin. His 14 articles on representative classical works will be serialized weekly throughout the summer.

Published on ClevelandClassical.com May 30, 2016.