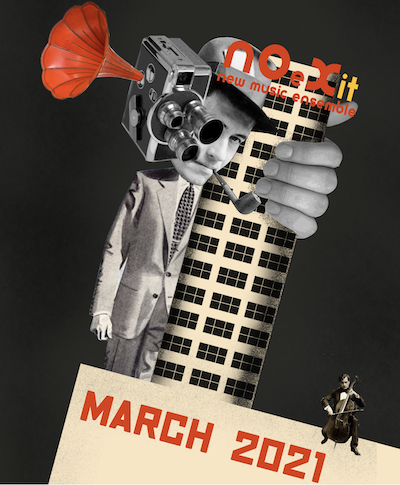 The ensemble No Exit will continue its season on Friday, March 26 at 7:00 pm. The playlist features four world premieres — Zeke Paulowski’s 2020 Set to Viola: What We Will Remember, Nicholas Underhill’s Concerto for Piano and Midi Orchestra, Adonai Henderson’s We Tremble, but Know Better, and Luke Rinderknecht’s Resonances — as well as Timothy Beyer’s Amputate II for alto flute and electronics. As always, the concert is free. Click here at start time to view the performance.

“We love presenting concerts that celebrate some of the extraordinary musical voices that reside in Northeast Ohio,” No Exit artistic director Timothy Beyer said in a press release. “There are some great Cleveland-area composers who are really doing their own thing, thinking outside the box and writing music that is singular, unique and really worthwhile.” 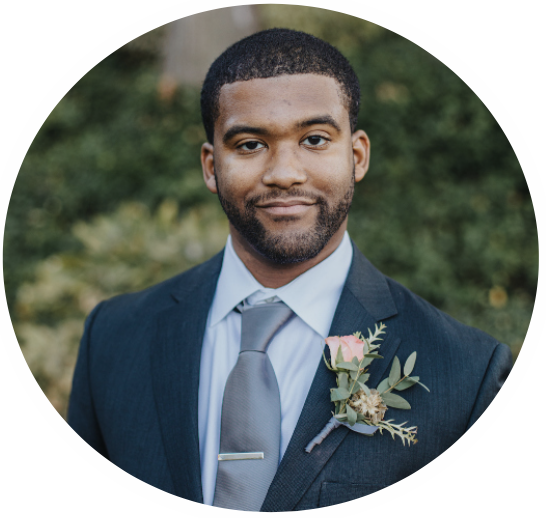 Trumpeter and composer Adonai Henderson is a graduate of Bowling Green State University and Cleveland State University. He directs and composes for the Brass Ensemble at Messiah Lutheran Church, and directs youth brass programs at various schools in the Cleveland area.

We reached Henderson by Zoom to talk about his new piece We Tremble, but Know Better.

Adonai Henderson: I got the inspiration from a Sciarrino piece, Let me die before I wake, which deals with multiphonics and tremolos for the clarinet. I follow a blog by Heather Roche that was talking about that piece, and she said you can use a lot of those same techniques with the bass clarinet.

Jarrett Hoffman: So this is for solo bass clarinet. Have you worked with Gunnar [Owen Hirthe] before?

AH: Yes, I have. He was actually getting his doctorate at BGSU when I was an undergraduate there, so I knew him previously. And then working with the No Exit ensemble while I was getting my master’s at CSU, we reconnected.

JH: Let’s talk about the title, We Tremble, but Know Better. Where does that come from?

AH: So the piece has kind of an ominous sound to it. The harmonics with the tremolos beneath them makes for an eerie kind of feeling — so despite the fact that we know better, we tremble.

JH: As I was researching for our interview, I found your YouTube Channel, where you’ve been sharing some different projects with trumpet, trombone, and keyboard during the pandemic. There’s straight-up fun stuff, like an arrangement of a tune from the video game series Halo, and also some powerful music themed around racial justice. But in contrast, this piece for No Exit isn’t programmatic, is it?

AH: Not in that same way. I kind of wrote this to get more comfortable with what the bass clarinet can do, and to try and push my limits as a composer, moving away from some of the tonal ideas that I like to use. But as I combine the multiphonics and the extended techniques, some of the notes make a bassline, so I was able to create a piece that makes tonal sense, but not in a very conventional way.

JH: You said in an email that you’re as excited about this piece as ever.

AH: Well, I haven’t been able to hear it really. The computer programs that I’ve been using to write the piece don’t really do it justice playing it back. The notes I was able to put in my head were from messing with a keyboard, doing tremolos in one hand and playing the upper notes in the other. So I don’t really have an idea how it’s going to sound — that’s the biggest reason I’m excited about it. 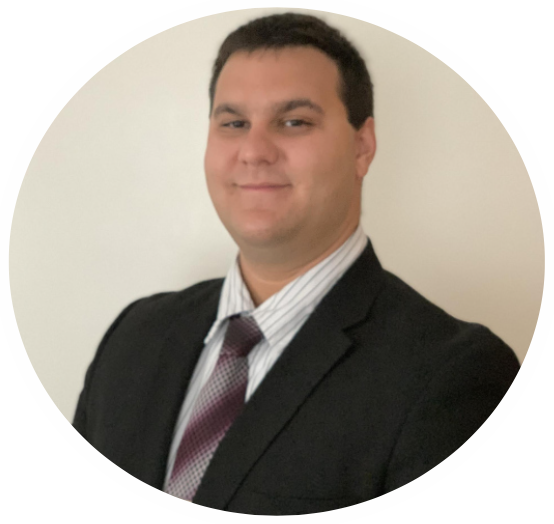 Hailing from Steubenville, Ohio, Ezekiel “Zeke” Paulowski is a recent graduate of Kent State University. One high point of his studies there was the KSU New Music Ensemble’s premiere of his Contraception: The Taboo Song Cycle, inspired by a trip to the Dittrick Cleveland Medical History Museum. As he writes in his bio, this is often how his music has been inspired: finding art in the regular and ordinary.

We reached Zeke by telephone and began our conversation around the title of his new piece, 2020 Set to Viola: What We Will Remember. As he confirmed, it is indeed for solo viola — his first collaboration with No Exit’s James Rhodes — and is a description of events from last year.

Jarrett Hoffman: How exactly did 2020 inspire you here?

Zeke Paulowski: I definitely think in looking back on 2020 — and I wrote the piece around December — there was so much happening socially and politically in terms of the global pandemic. A lot of times, I write music out of a need to express emotion, you know what I mean? Reflect on things. At first I wasn’t exactly sure what to write about, but I kind of settled on something that was meaningful to me. A lot happened in 2020, and I think somebody needed to artistically say something about it.

JH: There are so many different styles a composer could use to approach that topic. Tell me a little bit about what you ended up doing compositionally.

ZP: There are a lot of different moods and characters within the piece. We see a very soundscape-esque world that develops in some parts of it. There’s also a lot of satirical writing, and one specific instance where there’s a classic American song used in a satirical way — the Stars and Stripes Forever march.

JH: Of course, you also finished your undergrad at Kent State in 2020. Did that add anything extra for you in terms of the importance of last year?

ZP: Well you know, 2020 is a very special year to me, a very memorable year. On top of having some amazing achievements in life, you also find that you’re dealing with so many challenges — so many things that come with graduating and figuring out how to navigate the rest of your early adulthood (laughs). 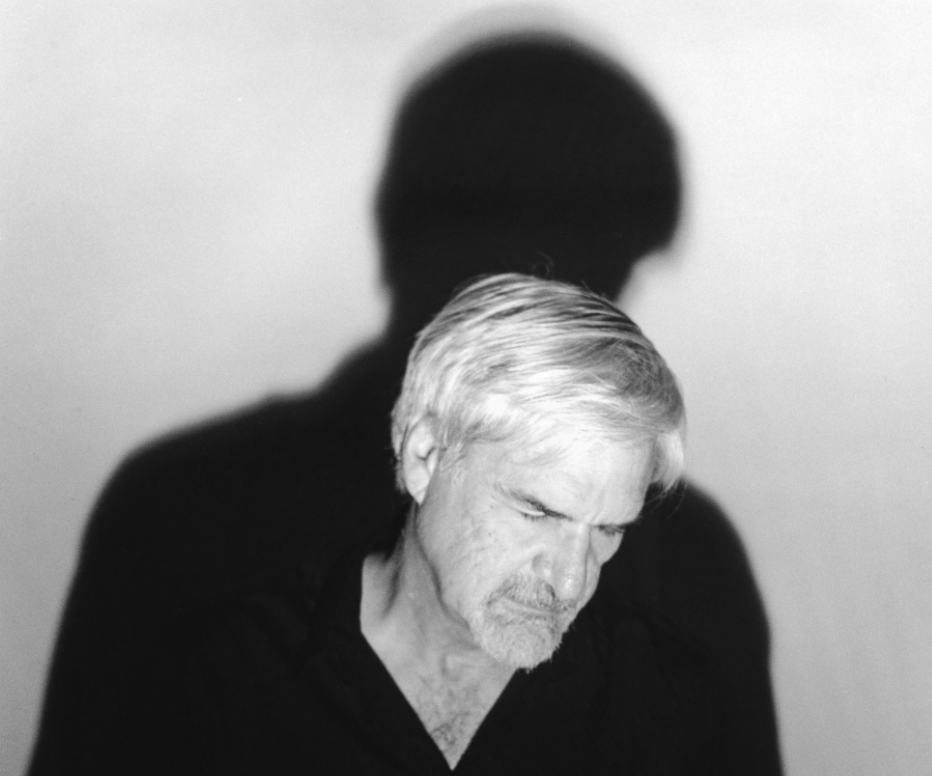 Mike Telin talked to Nicholas Underhill about his Concerto for Piano and MIDI Orchestra.

In his program notes, Underhill describes the first movement, Adrift, as “one of those COVID pieces…inspired by the dreariness of near isolation,” whereas the second movement, Tarantella, is the exact opposite in character — “it’s the athletic part of COVID: keeping things active.”

During a telephone conversation Underhill explained that his original idea was “not to create a piano concerto, but rather to compose a piece using the instruments found in music notation software and from importing MIDI sounds.

I asked Underhill to explain what MIDI is and does.

Nicholas Underhill: All composers have been working with MIDI ever since the development of the music notation software Finale and Sibelius. You use MIDI for a piece that has not yet been performed — you can give a MIDI version to an orchestra or soloist, but you can also use it in a more creative way. You can write music that couldn’t possibly be played by a real instrumentalist. I could use the sound of a helicopter, for example — modulate the helicopter sound and use it in the material of the music I’m composing.

Mike Telin: Are MIDI and a synthesizer the same thing?

NU: MIDI is simply a synthesizer that produces sounds. There are two major software packages for orchestral composers and they each come with a MIDI realization.

MT: Could you explain how MIDI is used for composing?

NU: Say that you are writing something for strings and brass — you do a mockup of the piece using MIDI sounds, which can be anything from primitive to fairly sophisticated samplings of real instruments.

This way you can hear the piece in real time, and it gives a sense of what the piece sounds like. And for a composer you can hear which sections are too long or too short, and whether there are incorrect notes.

You can submit a MIDI score as a demo to a player or organization. They need to use their imagination because it doesn’t sound exactly like that, but it gives an idea of the general balance of things.

NU: MIDI is only a tiny part of the total panorama of electronic music sounds that you can hear. Pro-tools can create virtually any sound you can imagine. It takes characters of the waves, breaks them down, and then modulates them section by section.

My idea was to say, okay, I have a score, and all I want to do is to add some weird sounds. Adding sounds is like adding spices — a pinch of garlic here and a pinch of oregano there.