The text by Cheri Johnson is gripping. This isn’t the light-hearted type of ghost story, nor is it blood-curdling. It’s subtle, emotionally complex, and unsettling, with a darkness based in both the supernatural and in the reality of human relationships. KrisAnne Weiss was the perfect storyteller, her delivery threading the needle between conversational and theatrical, and her finger on the pulse of every moment in this slow burn. 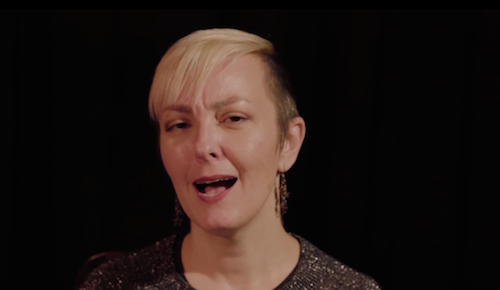 Just as attuned to that drama is the atmospheric music by Julie Johnson (Cheri’s sister), who captures every scare and every bit of emotional unease, as well as the occasional sound effect. Along the way, she brings together several styles and sounds — minimalism, lyricism, extended techniques, and electronics — to create something cohesive and original.

Highlights were many in this precise and characterful performance, but here are a few: the expressive multiphonics and smooth glissandos of Pat O’Keefe’s clarinets, the intriguing staccato of Heather Barringer’s and Patti Cudd’s mallets, Jill Dawe’s inside-the-piano effects, and the crackling electronics of Eric M.C. Gonzalez’s sound design, which could have even been expanded. 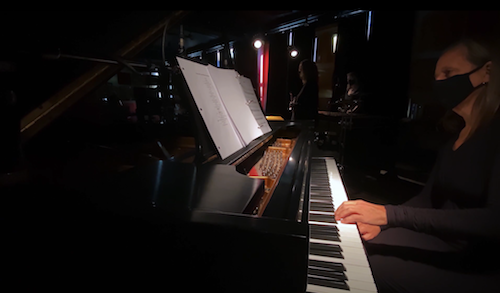 At times, music or narration stood alone, but for most of the evening, they were delivered together, with the music as a backdrop. That brings us to the challenge of multimedia works: in that role, the music eventually felt boxed in over the course of 70 minutes, losing some of its power and freshness.

One last element to cover is the strong videography from FIX Agency. The camera cut between shots of Weiss against a starkly black background, and the instrumentalists in a dimly, beautifully lit space. The occasional delay between audio and video was a little distracting, but that didn’t stop Crocus Hill Ghost Story from being a highly immersive experience, and an impressive achievement.