Even with a Baroque organ case looming over its stage, the utilitarian design of Oberlin’s Warner Concert Hall has nothing in common with the overwrought exuberance of the Palace of Versailles. But if you closed your eyes last Friday evening, June 30, and let your ears take over, the faculty of the Baroque Performance Institute — plus some advanced students and choral scholars — successfully transported you back three centuries to the court of Louis XIV (aka the Sun King) in extended works by François Couperin and Marc-Antoine Charpentier.

French Baroque music was the topic of Oberlin’s 2018 Institute, and artistic director Kenneth Slowik used the birth anniversaries of those two composers (Couperin’s 350th and Charpentier’s 375th) as a focal point, bringing Arcangelo Corelli and Jean-Baptiste Lully into the celebration as artistic accomplices.

Corelli and Lully figured in the opening work, Couperin’s L’Apothéose de Lulli, a charming programmatic piece in which Lully is installed on Mount Parnassus amid a bit of stylistic wrangling between the Italian and French muses — the former represented by Corelli. (He received his own apotheosis from Couperin’s pen in an earlier work that was performed on the first BPI faculty concert the previous week.) 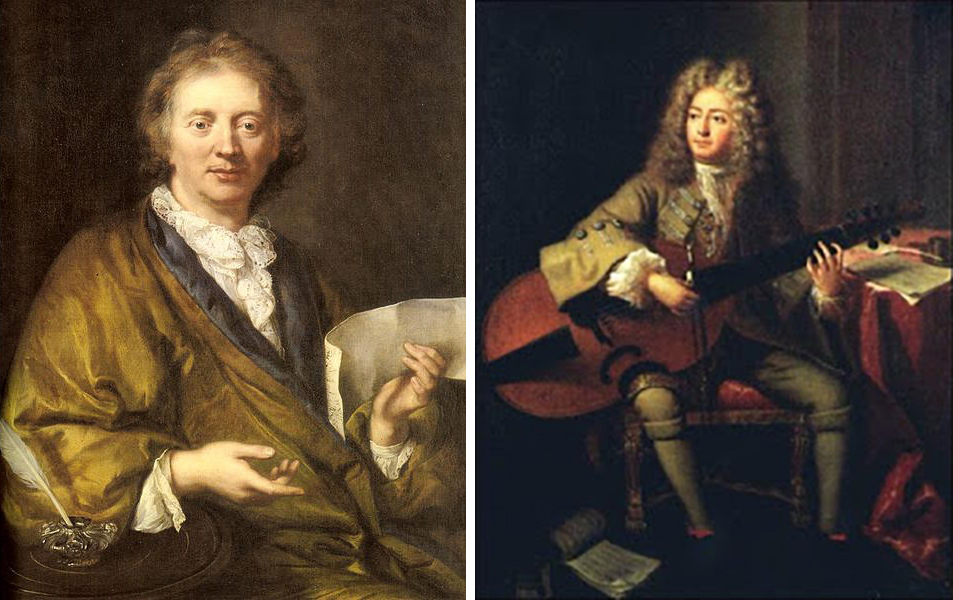 The second half of the evening was devoted to Charpentier’s allegorical opera Les arts florissants, which gave William Christie’s modern French Baroque ensemble its name. Written in 1685 for the Parisian house musicians of the Duchess of Guise, the piece is a tribute to Louis XIV, under whose peaceful reign the arts flourished — but not before a tiff between the followers of La Paix and La Discorde gets resolved, and the latter and his chorus of furies are chased back into Hades by a volley of thunderbolts.

Stage director and choreographer Julie Andrijeski cleverly made much out of little. She passed up costumes, using props to delineate the allegorical characters representing Music (a lyre for Sarah Coffman), Poetry (a feather pen and scroll for Mikayla Jensen-Large), Architecture (a framing square for Veronika Anissimova), Painting (a palette for Carter Sligh), Discord (a lightning bolt for Ross Tamaccio), and Peace (an olive branch for Élodie Bouchard). Two soldiers (Nathan Dougherty and Paul Holmes) brandished swords. Blocking and choreography were simple but elegant — except of course in the case of the furies, who entered the hall from side doors and perfectly embodied chaos and confusion.

As in the original 17th-century production –– when Charpentier himself sang the role of Painting –– the excellent soloists also formed two choruses: the troupe of warriors and the singing furies. Eight dancers, including soloist Natalie Ingrisano, added yet another level of sophistication to the production.

Les arts florissants, like many extended French Baroque works, ends with a Sarabande en rondeau, this one so lengthy and infectious that you found yourself gliding out of the concert hall in ¾ time, with notes inégals, of course.

We begin with the world premiere recording of Okeanos, Bernd Richard Deutsch’s concerto for organ and orchestra, featuring Paul Jacobs as soloist. The title refers not only to the Titan of Greek mythology, but also “to an idea of immense (and sometimes unfathomable) greatness and breadth, which conjures up in my mind the thought of the organ,” as Deutsch writes in his notes. END_OF_DOCUMENT_TOKEN_TO_BE_REPLACED

If you haven’t already warmed up to French Baroque clavecin music, Chicago-based keyboardist Jory Vinikour’s L’Unique: Harpsichord Music of François Couperin should make a strong impression on your musical tastes. The most prominent member of a musical dynasty second only to the German Bachs, François Couperin left a large treasure trove of keyboard works, 234 in all, arranged in 24 suites or Ordres.  END_OF_DOCUMENT_TOKEN_TO_BE_REPLACED

After weeks of watching online streams of archived concerts and ad hoc performances from quarantined musicians’ living rooms and bedrooms, it was thrilling to be able to advertise, preview, and report on two real-time webcasts last Friday and Saturday that embraced high production values and addressed the persistent issue of how to compensate musicians for online services. Saturday afternoon’s joint recital by Colin Davin and Jason Vieaux was sponsored by the Cleveland International Classical Guitar Festival, whose 2020 iteration, scheduled for that weekend at the Cleveland Institute of Music, vanished in the wake of the pandemic. END_OF_DOCUMENT_TOKEN_TO_BE_REPLACED