The violinist broached the idea of a festival with Oberlin musicology professor Charles McGuire early last spring only to discover that McGuire, who is in charge of Oberlin’s Murphy Colloquium, had already been talking with his colleagues about mounting a panel discussion about World War I music. “That seemed fortuitous,” McGuire said in a separate telephone conversation. “It’s always better to plan a scholarly panel if it’s surrounded by great music, and Sibbi’s very enthusiastic — a whirlwind when he sinks his teeth into something.”

Months of planning will result in a two-day festival, “Creative Arts and Music In the Shadow of War,” on Saturday and Sunday, September 8 and 9, a collaboration that will comprise two museum sessions, four concerts and two panel presentations, and will involve some 20 Oberlin faculty musicians and 13 speakers from Oberlin and beyond.

The Festival will get underway on Saturday, with 10:15 and 11:15 sessions led by curator Andrea Gyorody and Oberlin History Professor Leonard Smith at the Allen Memorial Art Museum, which owns Ernst Ludwig Kirchner’s iconic Self-Portrait as a Soldier (1915), as well as a collection of World War I propaganda posters and other artworks of the era.

McGuire’s 1:00 pm lecture entitled “Through the Eyes of War: From Romantic to Modern” before the first concert will set the tone for the festival. “I’ve been thinking about how modernism comes out in composers like Debussy and Elgar, and even to a certain extent, Ravel,” McGuire said. “World War I was the last Romantic war, the last poets’ war. It was a conflict where chemical and mechanized warfare made a much bigger splash than before, and in which governments were willing not to worry so much about civilian collateral damage. All that and the idea of total war is very modern, and these three composers give us interesting personal views in their pieces. None of them had a direct experience with the war — Elgar was too old, Ravel was too small in stature, and Debussy was already too sick to serve, but the war pushed them in different artistic directions.” 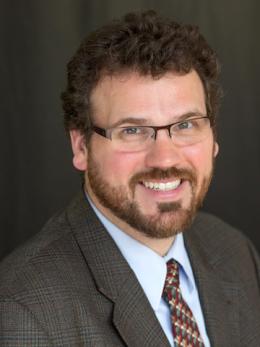 The musicologist noted that all three had individual compositional crises and stopped composing for a while. “Then Elgar, who was trying to come to terms with an interesting sort of nostalgia which was both escapist and confronted different aspects of the War, started working on the String Quartet, the Piano Quintet, and the Cello Concerto as the war was winding down. Debussy started writing six sonatas for diverse instruments in a very neoclassical French style — a specific anti-German response. And Ravel, who really loved Germanic music and was trying to move on, dropped the idea of a big tone poem that was going to be called Wien. After the war, that became La Valse.”

A panel presentation on Saturday at 3:30 pm in Stull Recital Hall moderated by McGuire will feature three papers that examine the effects of the War on the home fronts, an idea that sprang from Oberlin emerita professor of musicology Claudia Macdonald’s longterm studies of nation building through music in Montana. Macdonald will speak about “Music, Montana, and the Great War.” Gayle Sherwood Magee, professor of musicology at the University of Illinois, will present “For King and Country: Canadian Nationalism and Songwriting in the First World War.” And Colin Roust, assistant professor of musicology at the University of Kansas, will examine “World War I through the Eyes of Georges Auric.”

Although Bernhardsson had proposed “a handful of works from the core repertory” for the festival concerts, others previously unknown to him were suggested by the performers themselves. The second concert on Saturday at 8:00 pm in Kulas Recital Hall will include one of those suggested by flutist Alexa Still, Philippe Gaubert’s Trois Aquarelles for flute, cello and piano (1915), to be performed by Still, Steuart Pincombe, and Allie Sui. The rest of the program will be devoted to Robert Shannon’s performance of Charles Ives’ Piano Sonata No. 2 (Concord Sonata, 1915), a piece Bernhardsson said enjoys “a monumental cult following.” 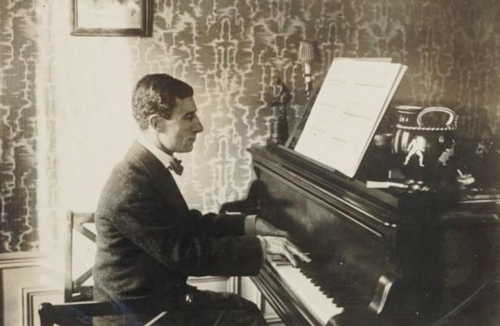 The second panel presentation, on Sunday at 3:30 pm in Stull Recital Hall, will take up the question, “Should Music and Art be Viewed through the Lens of Current Affairs?” As Bernhardsson framed the issue, “Ravel’s La Valse is clearly about the War, but what about Elgar’s Piano Quartet, where monks are turned into trees? Some works require background, but others might well stand on their own.” The issue will be debated by Oberlin’s composition professor Stephen Hartke, Conservatory Dean Andrea Kalyn, associate conducting professor Raphael Jiménez, assistant professor of Islamic Art History Farshid Emami, associate professor of Middle Eastern History Zeinab Abul-Magd, and University of Toronto lecturer in architectural history Peter Minosh. If the inclusion of non-European scholars seems surprising, Bernhardsson noted that the Middle East might have been even more profoundly affected by the Great War than Europe itself.

The final concert on Sunday at 8:00 pm in Kulas Recital Hall will be preceded by a 7:30 pm lecture by Claudia Macdonald, “Music behind Two Lines.” The performance will begin with George Butterworth’s settings of poems from A.E. Housman’s A Shropshire Lad, a collection carried into the trenches by many an English soldier,  sung by baritone Tim LeFebvre with pianist Tony Cho. The program continues with Rebecca Clarke’s Sonata for Viola and Piano (1918-1919) with Peter Slowik and James Howsman, Siegfried Karg-Elert’s Sonata Appassionata for solo flute played by Alexa Still, and Claude Debussy’s Violin Sonata with Marilyn McDonald and pianist Robert Shannon.

“The idea is to have a rich and multifaceted way of commemorating the end of World War I,” Bernhardsson said. “I’m so excited to see this all come to fruition, and super excited to expose students to this repertoire at the beginning of the school year before everyone becomes overwhelmed.”

All events are free and open to the public. See our Calendar Listings for links to live streams of performances.

END_OF_DOCUMENT_TOKEN_TO_BE_REPLACED

Rodgers & Hammerstein’s Cinderella was originally produced for television in 1957 — seven years after the animated Disney film was released — and starred Julie Andrews. According to the Rodgers & Hammerstein website, it was viewed by over 100 million people. END_OF_DOCUMENT_TOKEN_TO_BE_REPLACED

The story line has its origin in an 1855 play and an 1842 farce that Thornton Wilder mined for his 1938 play The Merchant of Yonkers. When that turned out to be a flop, in 1954 Wilder made the crucial decision to re-center the show around the character of the legendary marriage broker Dolly Gallagher Levi and renamed it The Matchmaker. END_OF_DOCUMENT_TOKEN_TO_BE_REPLACED

The Dodero Center for the Performing Arts at the Gilmore Academy in Gates Mills is one feature of an impressive campus. The auditorium is shallow, the stage is deep, and the ensemble played without a shell. Throughout the program, the sound, especially in instruments’ lower registers, tended to disappear. END_OF_DOCUMENT_TOKEN_TO_BE_REPLACED