Le mariage aux lanternes, the evening’s curtain-raiser, is about Guillot (Bradley Boatright) and Denise (Genevieve Dilan), a couple working on a farm, who are in love with each other, though the clueless Guillot can’t acknowledge it. With the help of his Uncle Matthias (David Burgher), who sends them letters saying that when the Angelus rings, they’ll find what they are looking for beneath a big tree, they eventually find — each other. Meanwhile, two widows, Franchette (Isabel Merat) and Catherine (Kylie Buckham), are also vying for Guillot’s affection (or, more cynically, plotting to acquire his property). 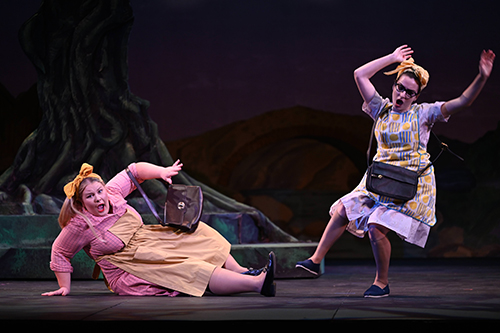 Field’s direction showcased one of his signature areas — sheer silliness. He allowed the two widows to engage in Punch & Judy-style slapstick, throwing each other around in knock-down, drag-out, hair-pulling fights like something out of the 2017 TV series Dynasty while wearing oversized patent leather handbags. At one point, stage management helpfully tossed a landing mat down to break an offstage fall.

Genevieve Dilan sang her “Evening Bell” aria beautifully, and the widows’ duets were delightful. Local color was provided by references to The Feve, a popular Oberlin watering hole, and there was a standing joke about “not often Bach.” 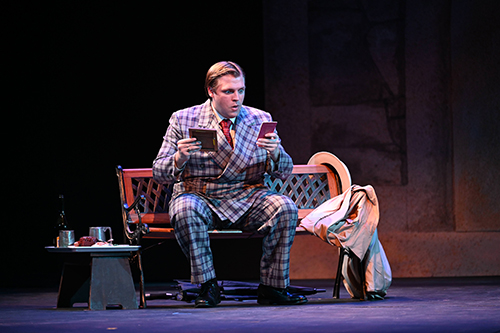 In a preview chat with ClevelandClassical.com, Field summed up the Rossini plot: a baritone and a tenor are traveling with identical luggage. When the baritone, Don Parmenione (Alan Rendzak), discovers that their bags have been switched, he decides to pretend to be the tenor, Count Alberto (Bradley Boatright), who is going to meet his fiancé Bernice (Clara Dahmer) for the first time. 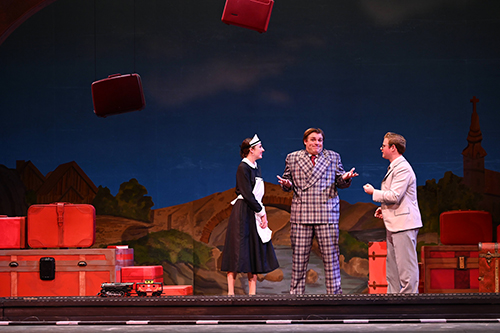 “To make things more complex the fiancé has decided that she doesn’t want to get married to someone she doesn’t know,” Field said. “So she swaps identities with her maid Ernestina (Elizabeth Hanje) in order to observe him from a distance. Now you have two people pretending to be somebody else introducing themselves to two other people pretending to be somebody else. It’s a case of double identity.”

The “bel canto” singing style of Gioachino Rossini’s comic operas is always more difficult to characterize as a living practice than as an art that has sadly disappeared. You knew what that “beautiful singing” means when you heard it in the confident voices of the Oberlin vocalists in this production, and you could almost taste it in the “Cool Crafted Classics” photo featured in The Hotel at Oberlin’s ad on the back of the program book. 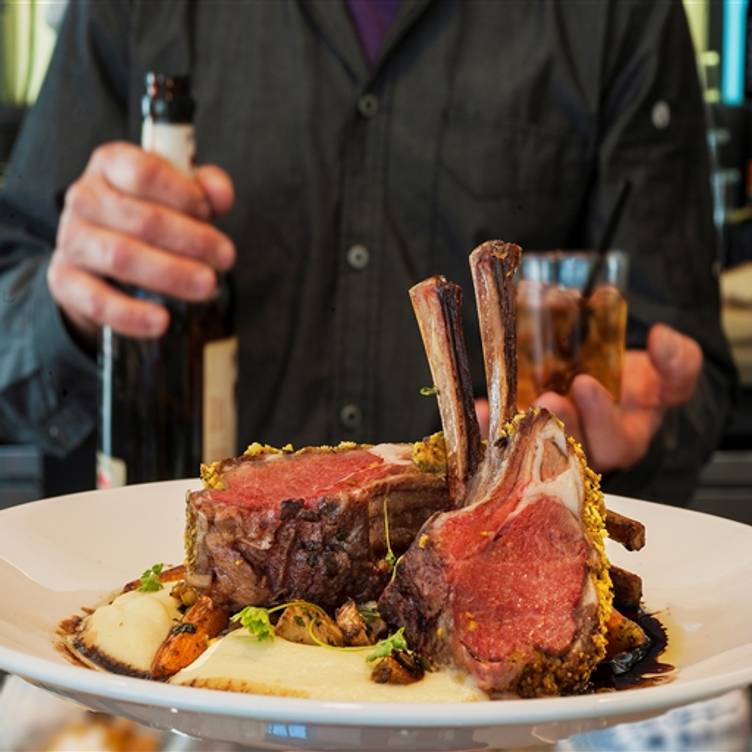 (Considering Rossini’s predilection for gourmet dining, that image might just as well have graced the program cover, and Field might reconsider referencing foie gras rather than spaghetti in comparing Rossini’s score to Offenbach’s.)

Field set the Rossini production in a railway station, with flying suitcases and images of trains in two different sizes, one a large locomotive, viewed head-on, another a model train that circled the playing area and set off important numbers in the score like the splendid quintet. 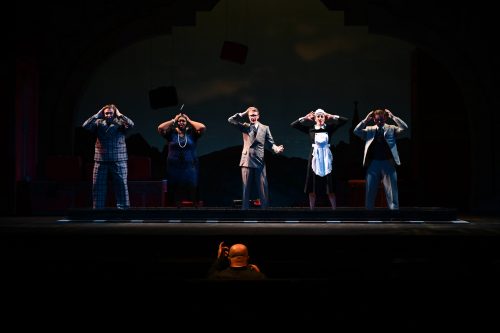 Signature Jonathon Field touches inspired smiles and grins — the bizarrely creative footwork of Parmenione’s valet Martino (Evan Tiapula), the twitchy walk-on by the director himself in a Hitchcock moment, and buried offstage in the program credits, a certain “Jean Bouche-Merde” (you don’t need Berlitz to figure that out) was responsible for English supertitles. 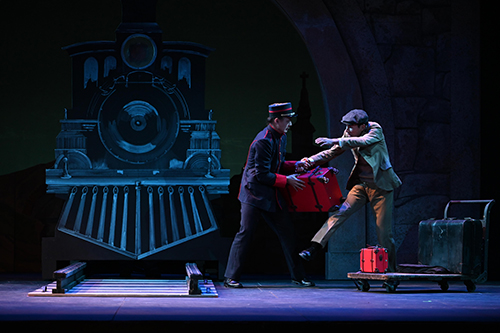 The singers were backed by wonderful playing from the Oberlin Chamber Orchestra, which early on conjured up a powerful storm, and made instantaneous, subtle changes in tempo throughout the operas to accommodate the vocalists. The ensemble was expertly controlled by Oberlin alum Joseph Metchavich, conducting from the harpsichord.

Whether operating in the sophisticated style of the Rossini or the down-home dialect of the Offenbach, Jonathon Field and Joseph Metchavich brought the most out of their student actor-singers. Vocally and dramatically, there wasn’t a weak link on stage, and Oberlin Opera Theater succeeded in providing the kind of entertainment these one-acts were intended for.