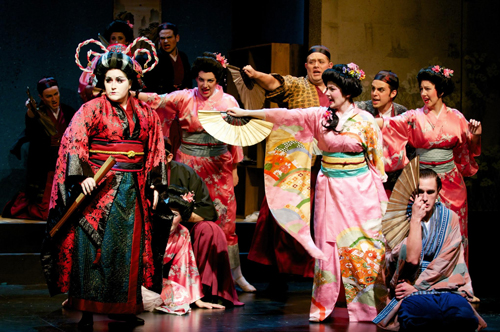 For Wooster’s Ohio Light Opera, it isn’t enough simply to choose seven great examples of lyric theater to comprise a season. No, it takes months, sometimes years to pull together all the pieces of the puzzle in order to put the very best production of each show on the stage of Freedlander Theater.

Cole Porter’s 1948 masterpiece Kiss Me, Kate will open OLO’s 38th season on Saturday, June 18 at 7:30 pm. As a play within a play, it looks back to Shakespeare, of course, and to The Taming of the Shrew. But it also looks forward to more modern days, with its consideration of women’s lib — recognizing Lilli as an equal participant in the story. First seen in the 1940s, it was Porter’s love letter to the theater, not only to the actors, dancers, and musicians, but also to the audiences who came to see it.

Kiss Me, Kate will be an OLO Premiere, following the tradition of bringing in the best of American musical theatre. Stephen Carr is the stage director, while Steven Byess conducts.

Annie Get Your Gun, about sharp-shooter Annie Oakley, will open on June 23 at 2:00 pm. In addition to its theme of women’s equality, OLO’s production will also address the political correctness so prevalent in this election year. Annie’s first time out in New York City was in 1946, when Ethel Merman portrayed the title character in the show written for her. (The cast also features the characters of Frank Butler, Buffalo Bill and Chief Sitting Bull.)

In a nod to modern sensibilities, OLO’s production will use the 1966 revival edition that again starred Ethel Merman (Bernadette Peters and Reba McIntyre appeared in subsequent revivals). Interesting fact: there will be no purple or orange colors featured on stage either in costumes or sets, a nod to historical authenticity as discovered in OLO’s research about the original time frame for the show. Annie is directed by Jacob Allen, with J. Lynn Thompson conducting.

The third opening will take place one week later, on June 30 at 2:00 pm, when the curtain rises once again in Wooster on The Mikado, likely the most popular and best-loved of the Gilbert and Sullivan operettas. This year’s presentation will utilize sets and costumes from the 2012 OLO production. J. Lynn Thompson conducts, with stage direction by Ted Christopher. This production will also close the 2016 OLO season on August 13.

In planning a season, staging only tried-and-true favorites isn’t enough. Sticking to works by Gilbert & Sullivan, Johann Strauss Jr., Franz Lehár, Jacques Offenbach, Victor Herbert, Sigmund Romberg — and others whose names do not roll so trippingly off the tongue — won’t provide enough variety or novelty to keep audiences engaged. The name of the game is ‘Keep ‘em happy, and they’ll return year after year after year.’

So if you want something really different in your lineup, why not go back to the early days? Say, the years between 1900 and 1946, when Victor Herbert and Jerome Kern were rubbing elbows with Irving Berlin and George Gershwin. Oh, the treasures you’ll find if you look in the right places. All of these gentlemen were busily writing popular songs and Broadway hits during that period, and Berlin, who lived to be 101, was the most prolific. His first hit song was Alexander’s Ragtime Band in 1911 and his final original show was none other than Annie Get Your Gun. 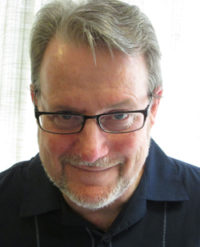 OLO’s artistic director Steven Daigle realized several years ago that productions from a narrow slice of Broadway history between 1915 and 1918 should hold up remarkably well for today’s audiences — thus this year’s production of Jerome Kern’s Have a Heart, which will make its debut in Wooster on July 7 at 2:00 pm. The original production opened in New York’s Liberty Theater in January, 1917.

Have a Heart belongs to a genre associated with The Princess Theatre, a modest New York house (299 seats) that became the home of small, inexpensive musicals set in America with integrated plots, modern sounding American music, and simple stage settings. Kern, Bolton, and Wodehouse created four comedies there that were musically innovative and worked well in a small theatre. (Kern went on to compose a Broadway show each year during the 1920s, with the standout, Showboat, appearing in 1927.)

It takes a musical archeologist to unearth the performing materials for early shows like Have a Heart, but the results are well worth the effort, especially this summer, when audiences will get to hear OLO’s 34-piece orchestra bring the score to life.

For ticket information, visit OLO’s website or call the box office at 330.263.2345. Click this link to read more about this season’s shows and to hear audio clips of the music.

For information on road closures that may impact your trip to Wooster, click here.

Northeast Ohio’s Les Délices has long been that rarest of beasts: a world-class organization so proud of its region (ours) and repertoire (distinct niches in pre-1800 music) that it never tries to be everything to everyone, paradoxically making a strong case for a broad, curious international following. In the December episode of its SalonEra series, the ensemble embraces its strengths and community to marvelous effect. END_OF_DOCUMENT_TOKEN_TO_BE_REPLACED

END_OF_DOCUMENT_TOKEN_TO_BE_REPLACED

Another I remember fondly is Gian Carlo Menotti’s Amahl and the Night Visitors.  Commissioned by NBC, the one act, made-for-television opera, premiered on December 24, 1951, at the network’s studios in New York’s Rockefeller Center. And now, through the wonders of technology, Cleveland Opera Theater has created a magical new production of the work which is available on demand through January 6, 2021 (Three Kings Day). END_OF_DOCUMENT_TOKEN_TO_BE_REPLACED

Jessen has now followed up with her second solo CD, Winter Chapel. Recorded on January 17, 2020 in Oberlin College’s Fairchild Chapel and available on Carrier Records, the album is a continuum in Jessen’s journey to push the musical boundaries of her instrument and herself as an improviser. END_OF_DOCUMENT_TOKEN_TO_BE_REPLACED