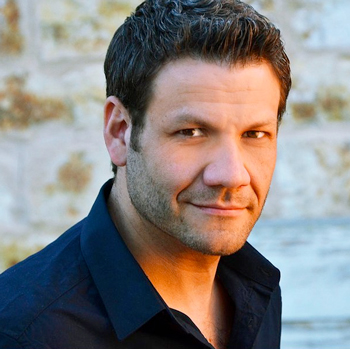 Hurtado has received praise for his Opera Circle performances in the role of the Duke of Mantua in Verdi’s Rigoletto, and for his gripping performance in the title role of Massenet’s Werther. We caught up with Issac Hurtado by telephone and began by asking him how he prepared to perform the role of the American naval officer, who, at least by modern standards, makes a questionable moral decision when he decides to abandon Butterfly.

Isaac Hurtado: I think it is a little bit tricky, because if you only look at what Pinkerton does, he is awful. But if you listen to his music, which is what is coming from his heart — he does have some of the most romantic music ever written, especially during the act I duet — I feel that, at least in the moment, he’s very sincere. He’s also swept away by the exotic atmosphere of the geisha.

Also, a lot of American officers do the same thing, so he doesn’t think it’s a big deal. Eventually he realizes that it is, but it is too late. Still, I don’t consider Pinkerton to be a good guy — he exhibits some extreme selfishness.

Mike Telin: Do you find Pinkerton to be a challenging character to portray?

IH: It is hard to be as callous as Pinkerton comes across in the opera. But you do get a little swept away by the great music that Puccini gives him. I recently performed the role with Piedmont Opera in North Carolina, so this is my third production of Butterfly and I really love it.

MT: I want to congratulate you for all of the success you’re having at the Utah Vocal Arts Academy.

IH: Thank you. We recently acquired a larger space, which we needed because we have been getting a lot of students, developing more programs, and holding workshops. Things are going well, and it’s been a fun advture.

MT: You have already mentored a number of award-winning students. Do you teach singers of all ages?

IH: I do, but one of my focuses is high school students because usually at that age, if they can sing, they focus on musical theater or pop music. But there are always the kids who are meant to be classical singers who don’t have an outlet to study. So I’ve been getting a lot of these kids, and when you give them the proper training, they’re capable of doing some good things. I’m happy to say that some of the best recruits are coming out of our school because we are giving them conservatory training at the ages of fifteen, sixteen, and seventeen.

MT: I saw on your website that you’ve recently formed a new trio, “ULTMI 3 Tenors.” What I’ve seen and heard online sounds great.

IH: We are having fun. Tyler Nelson and Brian Stucki are guys like me — none of us wants to be singing and traveling all year long because we all have kids — so we divide our time between teaching and singing in the trio. It also allows each of us to be selective about the three or four operas we perform every year.

Tyler is a lighter, almost Rossini tenor, Brian is the versatile middle voice, and I have the darker voice of the group. Brian also plays the cello and does some arranging. We used to compete for roles and teaching positions all the time, and I eventually said, ‘you know what, we would sound great together, so let’s see what we can do as a group.’

We’re getting ready to go into the recording studio, and we’ve been courted by a few TV shows, so we’re in the middle of seeing exactly where all of this leads. It’s a lot of fun.

Northeast Ohio’s Les Délices has long been that rarest of beasts: a world-class organization so proud of its region (ours) and repertoire (distinct niches in pre-1800 music) that it never tries to be everything to everyone, paradoxically making a strong case for a broad, curious international following. In the December episode of its SalonEra series, the ensemble embraces its strengths and community to marvelous effect. END_OF_DOCUMENT_TOKEN_TO_BE_REPLACED

END_OF_DOCUMENT_TOKEN_TO_BE_REPLACED

Another I remember fondly is Gian Carlo Menotti’s Amahl and the Night Visitors.  Commissioned by NBC, the one act, made-for-television opera, premiered on December 24, 1951, at the network’s studios in New York’s Rockefeller Center. And now, through the wonders of technology, Cleveland Opera Theater has created a magical new production of the work which is available on demand through January 6, 2021 (Three Kings Day). END_OF_DOCUMENT_TOKEN_TO_BE_REPLACED

Jessen has now followed up with her second solo CD, Winter Chapel. Recorded on January 17, 2020 in Oberlin College’s Fairchild Chapel and available on Carrier Records, the album is a continuum in Jessen’s journey to push the musical boundaries of her instrument and herself as an improviser. END_OF_DOCUMENT_TOKEN_TO_BE_REPLACED